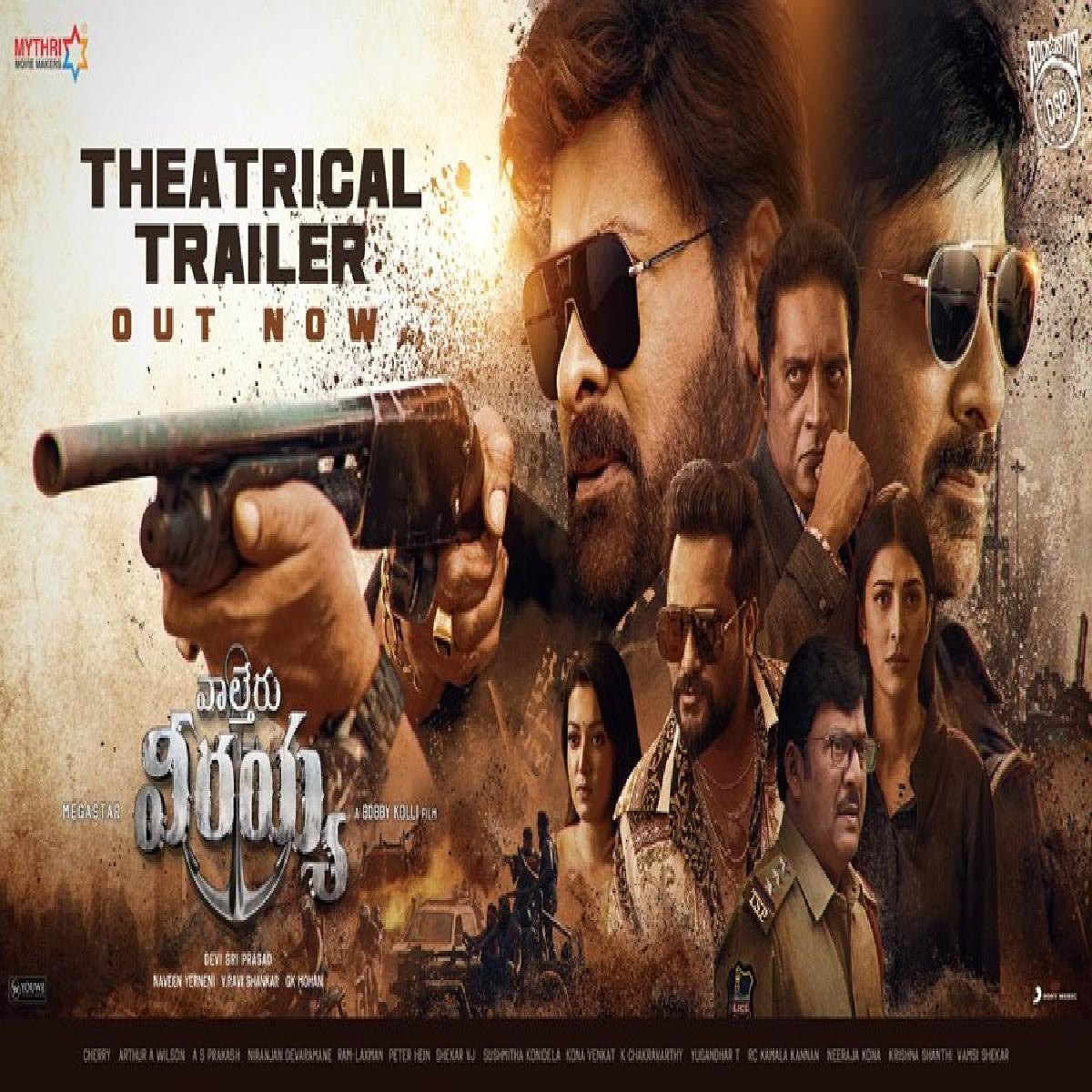 Helmed by Bobby, who has made it an out-and-out entertainer comprised of action and other elements. Actor Chiranjeevi is seen in a vintage hilarious role. Ravi Teja’s special in the second half will be one of the biggest highlights.

The film also stars Shruti Haasan as the leading lady opposite Chiranjeevi. Waltair Veerayya is a notorious smuggler wanted by RAW, whose authority is now challenged by ACP Vikram Sagar, who is hell bent on eradicating his smuggling activities and ego war ensues between them.

Rockstar Devi Sri Prasad scored a blockbuster album. The film is produced on a grand scale by Naveen Yerneni and Y Ravi Shankar of Mythri Movie Makers, while GK Mohan is the co-producer.