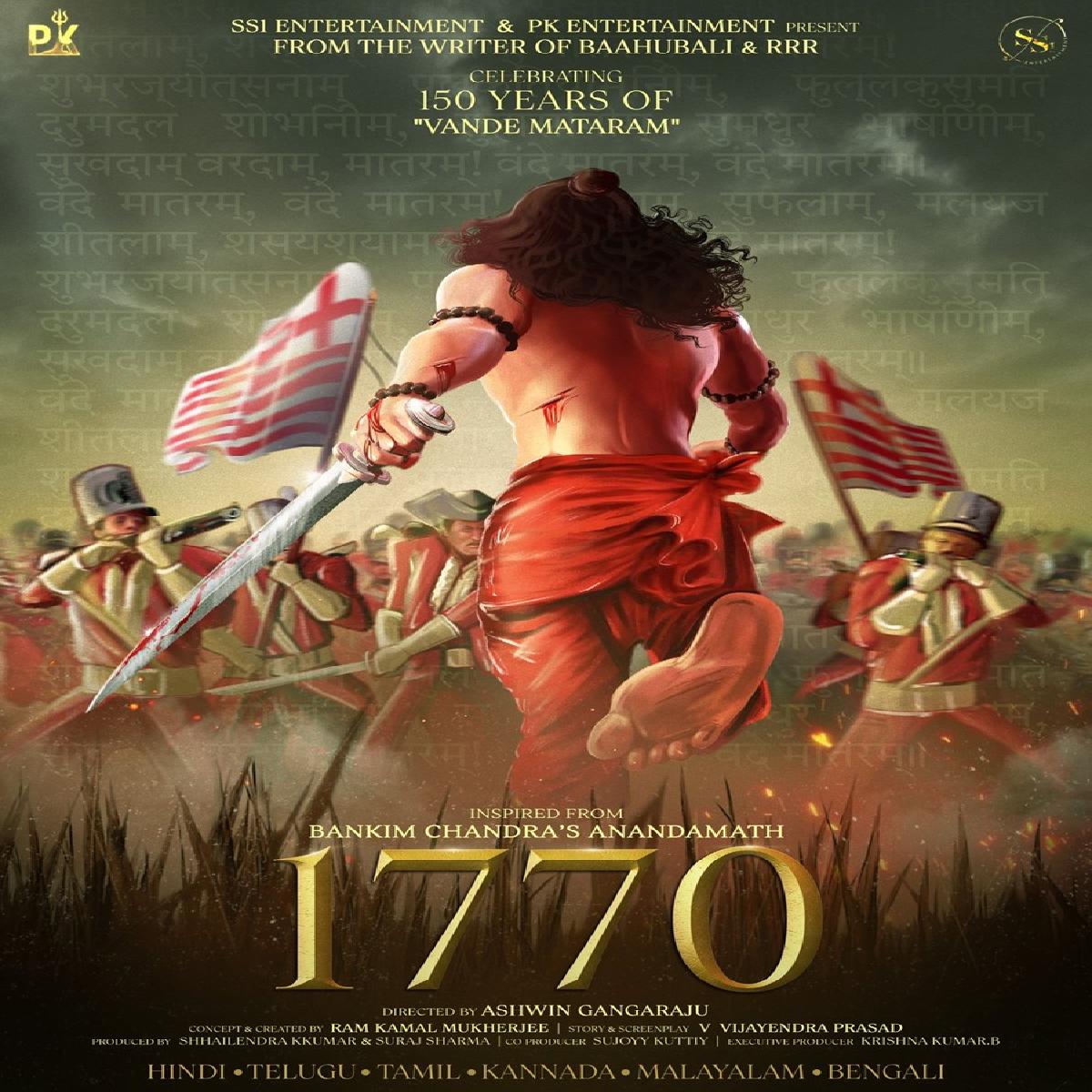 Magnum opus 1770, based on Bankim Chandra Chatterjee's Bengali novel Anandamath. Produced under the banner of SS1 Entertainment and PK

Entertainment, this multi lingual film will be helmed by acclaimed director Ashwin Gangaraju, who assisted SS Rajamouli in Eega and Baahubali (both series). He made his debut as director with critically acclaimed Aakashvani in 2021.

This year also marks 150 years of Vande Mataram, the song that appeared first in Bankim Chandra's novel Anandamath, which almost shook the roots of the British Empire.

He is excited to recreate the magic of Anandmath with the film ‘1770’ with a completely fresh magnum opus perspective which will connect with the youth of today.

The film will release in Hindi, Telugu, Tamil, Malayalam, Kannada and Bengali. The team will lock the main lead before Dussehra and will announce the cast by Diwali.