Aafat From Liger Is Out Now 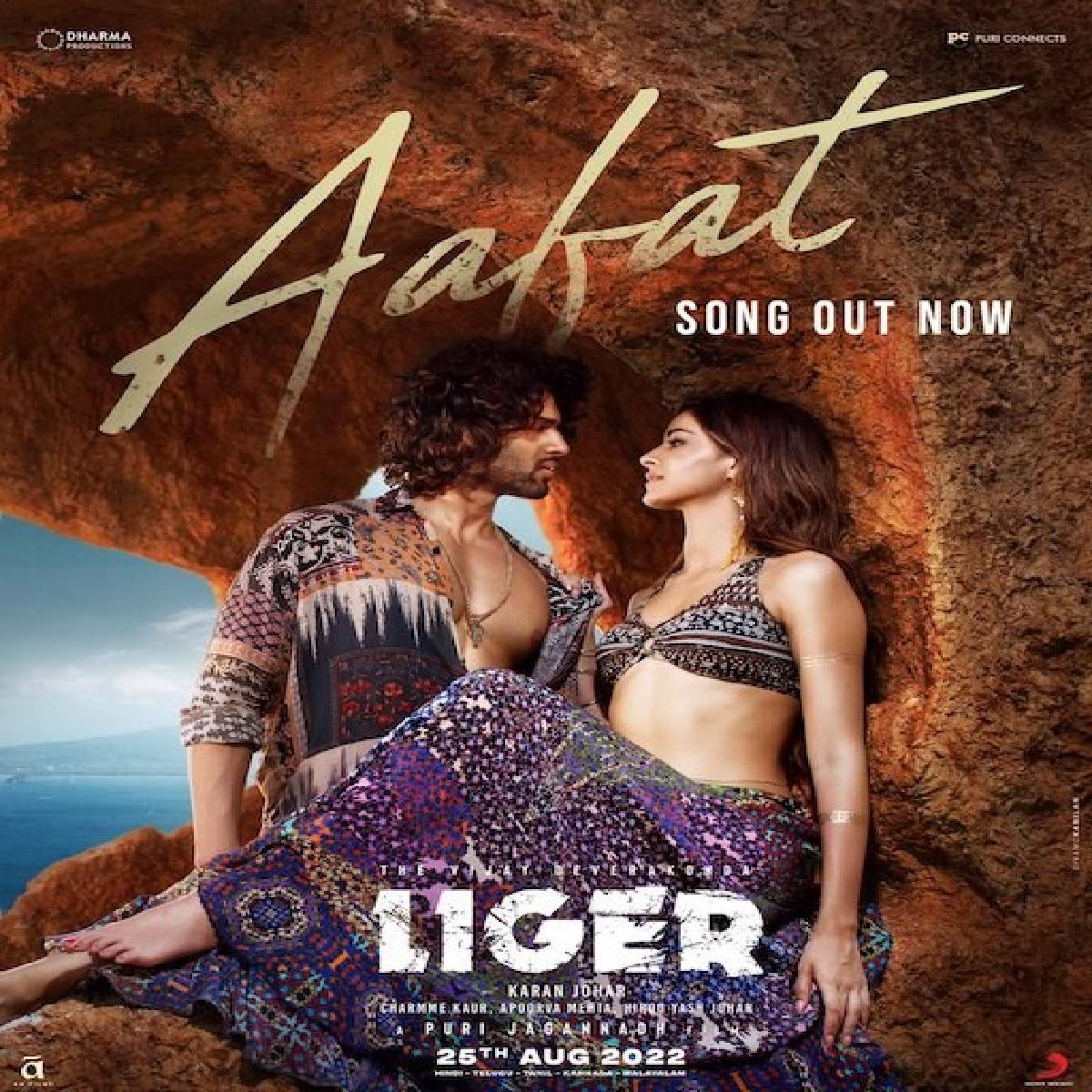 After the initial delay, the makers finally drop the third single Aafat from Liger, starring Vijay Deverakonda and Ananya Panday in the lead role.
Sharing the song on her social media profile, actress Ananya Panday captioned it, “The new vibe of the season looks a lot like #AAFAT! Song out

Aafat has been composed by Tanishk Bagchi, written by Rashmi Virag, and sung by Tanishk and Zahrah Khan. The soothing foot-tapping number shows Vijay Deverakonda and Ananya Panday getting romantic amid a picturesque setting of a beach.

The music video also makes for an interesting visual with some crazy camerawork in place as Vijay and Ananya Panday groove on the beach and the rocks, get romantic in a small cave and also get company of some background dancers.

Liger is a sports action starring Vijay as an underdog fighter from Mumbai, who competes in an MMA championship. Ananya plays his girlfriend and Ramya Krishnan plays his mother in the film.