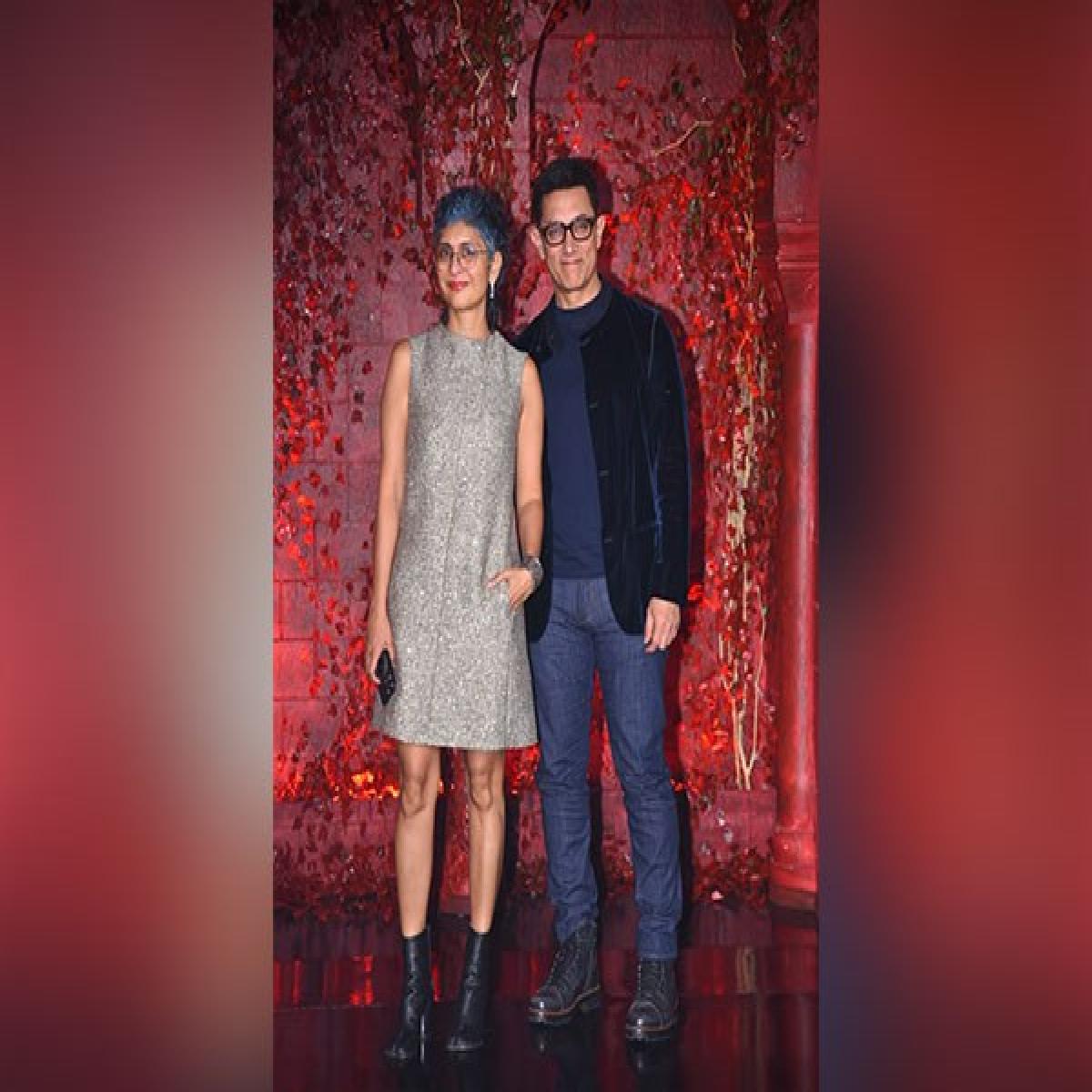 Superstar Aamir Khan and his ex-wife Kiran Rao makes a first ever public appearance after their recent divorce, the duo grace the 50th Birthday bash of filmmaker Karan Johar.

Aamir and Kiran arrived at the party together and also happily posed for the paparazzi stationed at the venue. Aamir made a fashion statement in a t-shirt, jacket and a pair of denim.

On the other hand, Kiran kept her look blingy by sporting a shimmery silver dress for the occasion. This marks Aamir and Kiran's rare public appearance together after announcing separation.

Aamir got married for the second time with Kiran in 2005, the couple is blessed with a son, Azad, through surrogacy in 2011. From his previous marriage, Aamir has two kids, daughter Ira and son Junaid.

Meanwhile on the work front, Aamir Khan will soon be seen in Laal Singh Chaddha along with Kareena Kapoor Khan and Naya Chaitanya in his Hindi debut.

Remake of Tom Hanks starrer Forrest Gump, the film is helmed by Advait Chandan, the film is slated for 11th August 2022 release.