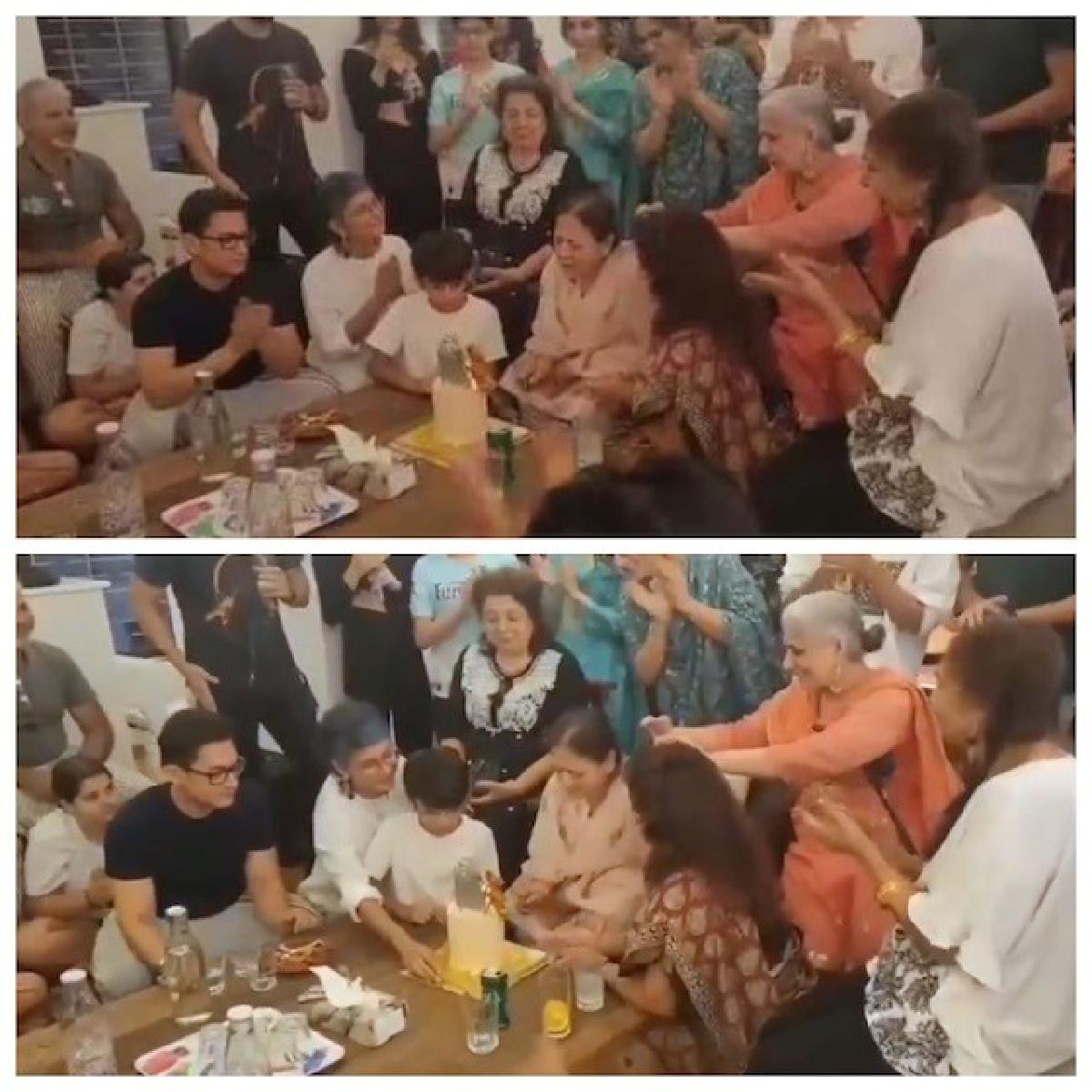 Actor Aamir Khan along with ex-wife Kiran Rao and close family and friends celebrated his mother Zeenat Hussain`s birthday in the most special way possible.

Aamir`s mother celebrated her birthday with several close ones including superstar’s ex-wife Kiran Rao and his youngest son Azad. In a video, Aamir is seen sitting next to Kiran Rao and Azad. Several family members and close friends were also in attendance.

Aamir is said to be closest to his mom and shares a great bond with her. She is also one of the honest critics of his work and projects. Her advice plays a vital role in his life. Not only is Zeenat Hussain the first person to watch all his films, but she is also the person who gives the first clap for all of his passion projects.

Recently, Aamir along with Azad personally went to buy a gift for his mother`s birthday.

On the work front, the actor is gearing up for the release of  Advait Chandan directed ‘Laal Singh Chaddha’. It is an official remake of Oscar winning movie ‘Forrest Gump’ that had Tom Hanks in the lead.