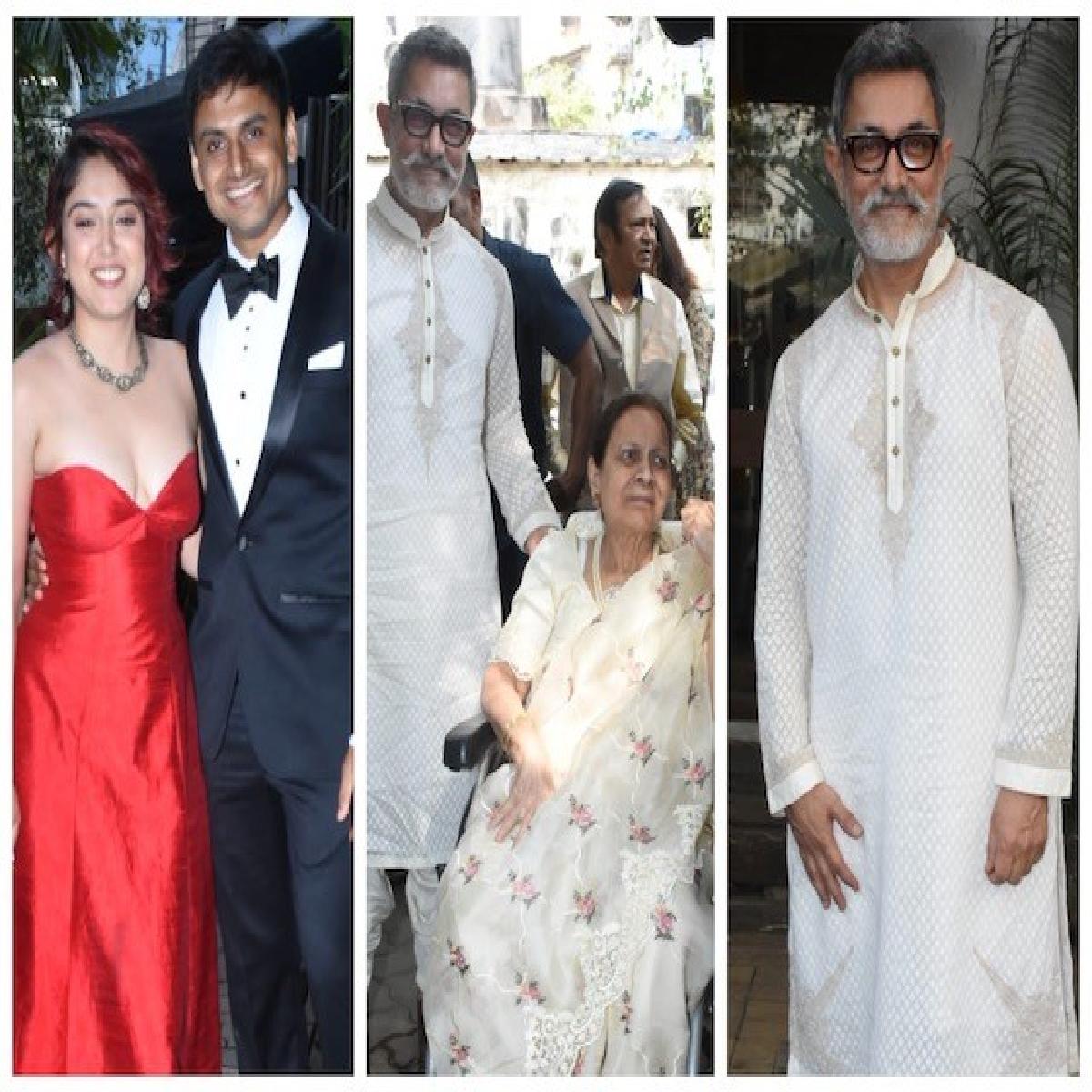 Aamir looked dapper as he wore an embroidered white kurta with a matching dhoti. Actor posed with her mother Zeenat Hussain, who recently suffered a heart attack.

Actor Imran Khan made a rare public appearance at his cousin Ira's engagement.

Aamir shares daughter Ira with his ex-wife Reena Dutta. The duo separated in 2002, they share a daughter Ira and a son Junaid.

Meanwhile on the work front, Aamir was last seen in Laal Singh Chaddha alongside Kareena Kapoor Khan. The film didn't manage to impress the audience.

Following the failure of Laal Singh Chadha, actor Aamir Khan recently made the announcement that he is taking break from active screen space, but will be producing good content, first one in line is titled Champions.