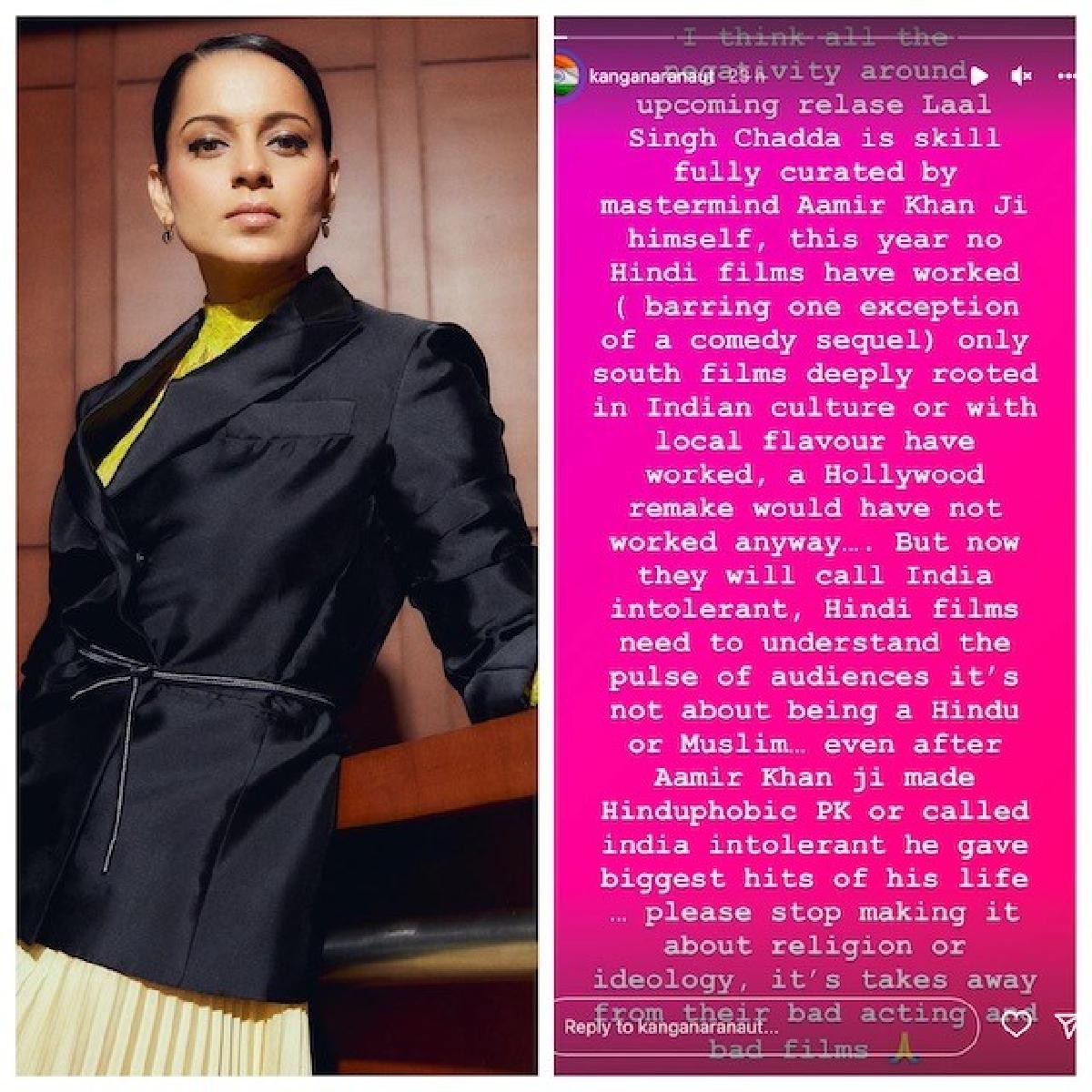 The Queen of Controversies’ Kangana Ranaut is back and this time around her target is Aamir Khan and Laal Singh Chaddha Boycott movement, which has been viral on social media.

Kangana Ranaut took to her social media and shared her take on the whole Boycott Laal Singh Chaddha, starring Aamir Khan over his controversial about safety in India.

She wrote, “I think all the negativity around the upcoming release Laal Singh Chadda is skillfully curated by mastermind Aamir Khan Ji himself. This year, no Hindi films have worked (barring one exception of a comedy sequel) only south films deeply rooted in Indian culture or with local flavour have worked. A Hollywood remake would have not worked anyway."

"But now they will call India intolerant, Hindi films need to understand the pulse of audiences it's not about being a Hindu or Muslim. Even after Aamir Khan Ji made Hinduphobic PK or called India intolerant, he gave the biggest hits of his life. Please stop making it about religion or ideology. It takes away from their bad acting and bad films," she added.

'Laal Singh Chaddha' is directed by Advait Chandan. The film also stars Mona Singh and Naga Chaitanya.
Meanwhile on the work front, Kangana Ranaut’s last outing Dhakaad bombed at the box-office. Next she has Tejas and Emergency in the pipeline.