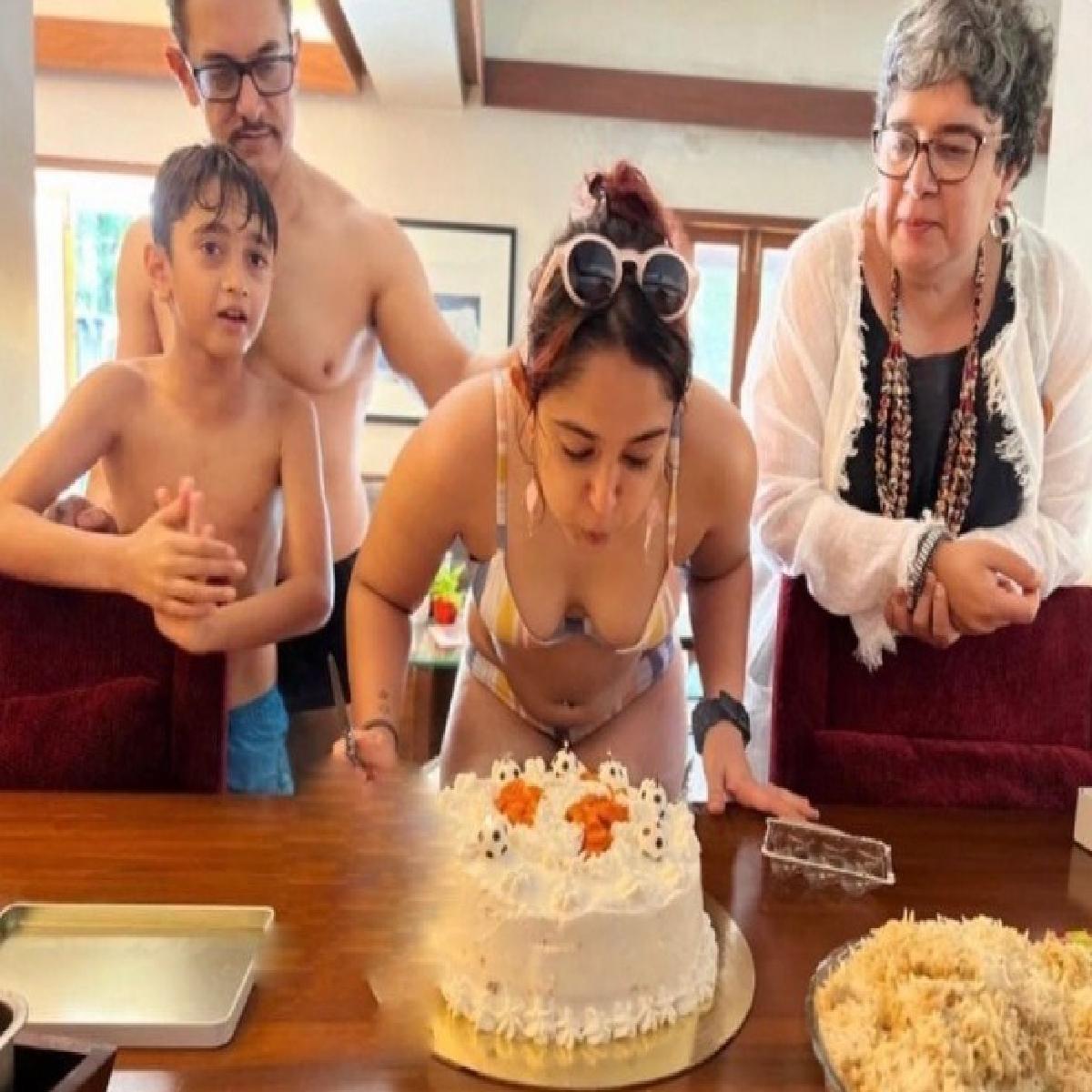 Aamir Khan married Reena Dutta, in 1986. They have two children: a son named Junaid and a daughter, Ira, who was born on 9th May 1997.

A picture from her birthday festivities is doing the rounds on social media, in which Ira can be seen blowing the candles on her birthday cake. Ira's dad Aamir Khan can be seen in the backdrop. The picture also features Ira's mom Reena Dutta, and brother Azad (Aamir Khan's son with Kiran Rao).

On the professional front, Ira made her directorial debut with a theatrical adaptation of Euripides' Medea, which featured Hazel Keech in the titular role. It premiered in different cities across India in December 2019. Ira has studied music, while her brother Junaid often assists father Aamir Khan in filmmaking.

Helmed by Advait Chandan and screenplay written by Eric Roth and Atul Kulkarni. Inspired from the 1994 American film Forrest Gump which itself is based on Winston Groom's 1986 novel of the same name.

The film is produced by Aamir Khan Productions, Viacom18 Studios and Paramount Pictures. It is now slated for cinema release on 11 August 2022.