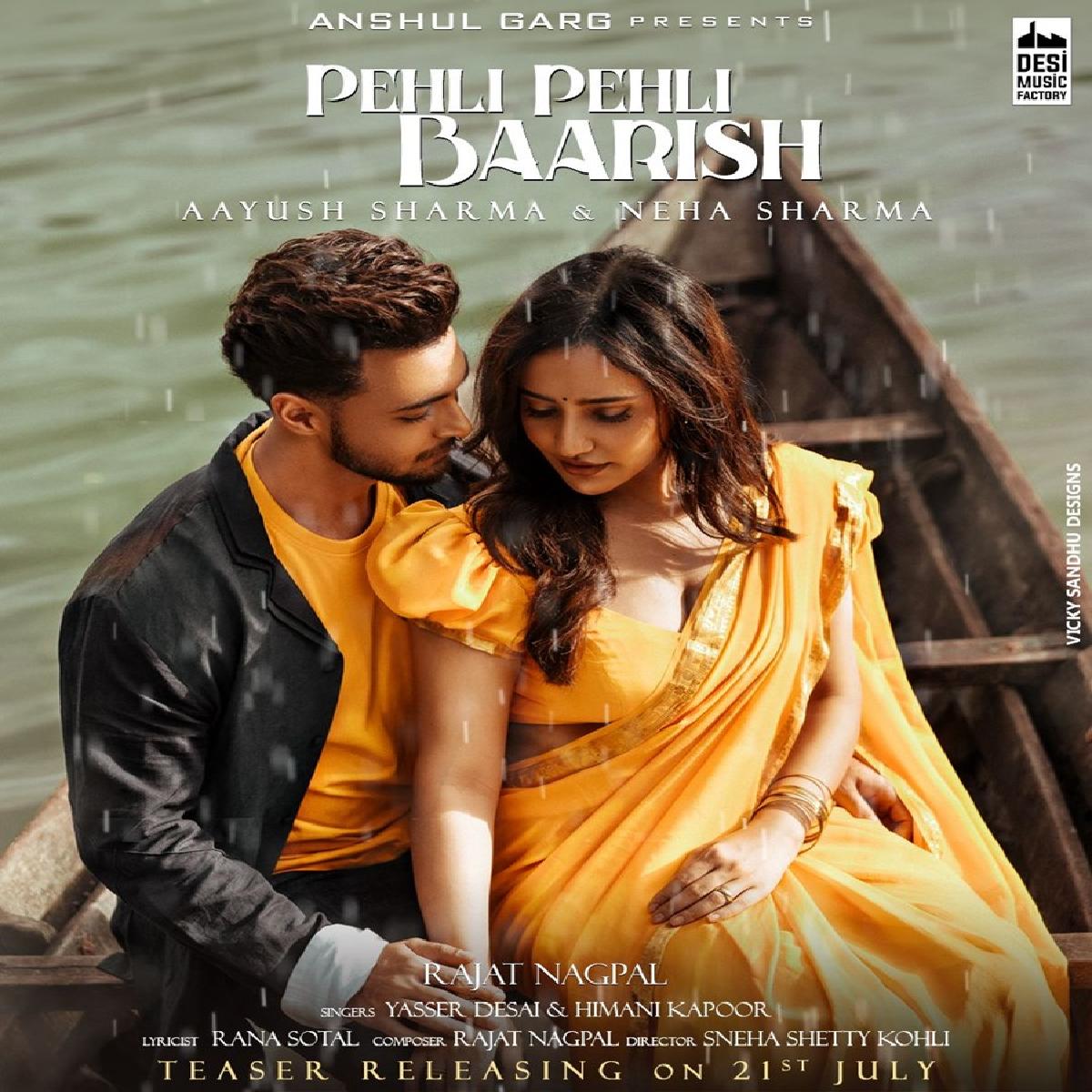 After his break-through role in Antim, actor Aayush Sharma is all set to make a comeback to the music-video space with song titled Pehli Pehli Baarish with Neha Sharma.

Actor Aayush Sharma took to his social media profile and shared the poster, he captioned it, “First rain and first love always leaves a mark on the heart just like our next #PehliPehliBaarish, Teaser out on 21st July on @desimusicfactory official YouTube channel, @nehasharmaofficial

@anshul300 @iamrajatnagpal @yasserdesai @kapoorhimani @rana_sotal @magicsneya @raghav.sharma.14661…Let’s fall in love this monsoon”
This romantic track is crooned by Yasser Desai and Himani Kapoor. The song is penned by Rana Sotal, and composed by Rajat Nagpal.

Aayush Sharma debuted in Bollywood with the lead role in Salman Khan's production Loveyatri opposite newcomer Warina Hussain. He followed it with a music video with Saiee Manjrekar.

He is next set to appear in the actioner Kwatha with Isabelle Kaif, a film delayed since 2019. He confirmed that he will reunite with Khan in his production Kabhi Eid Kabhi Diwali, in which he is playing his brother