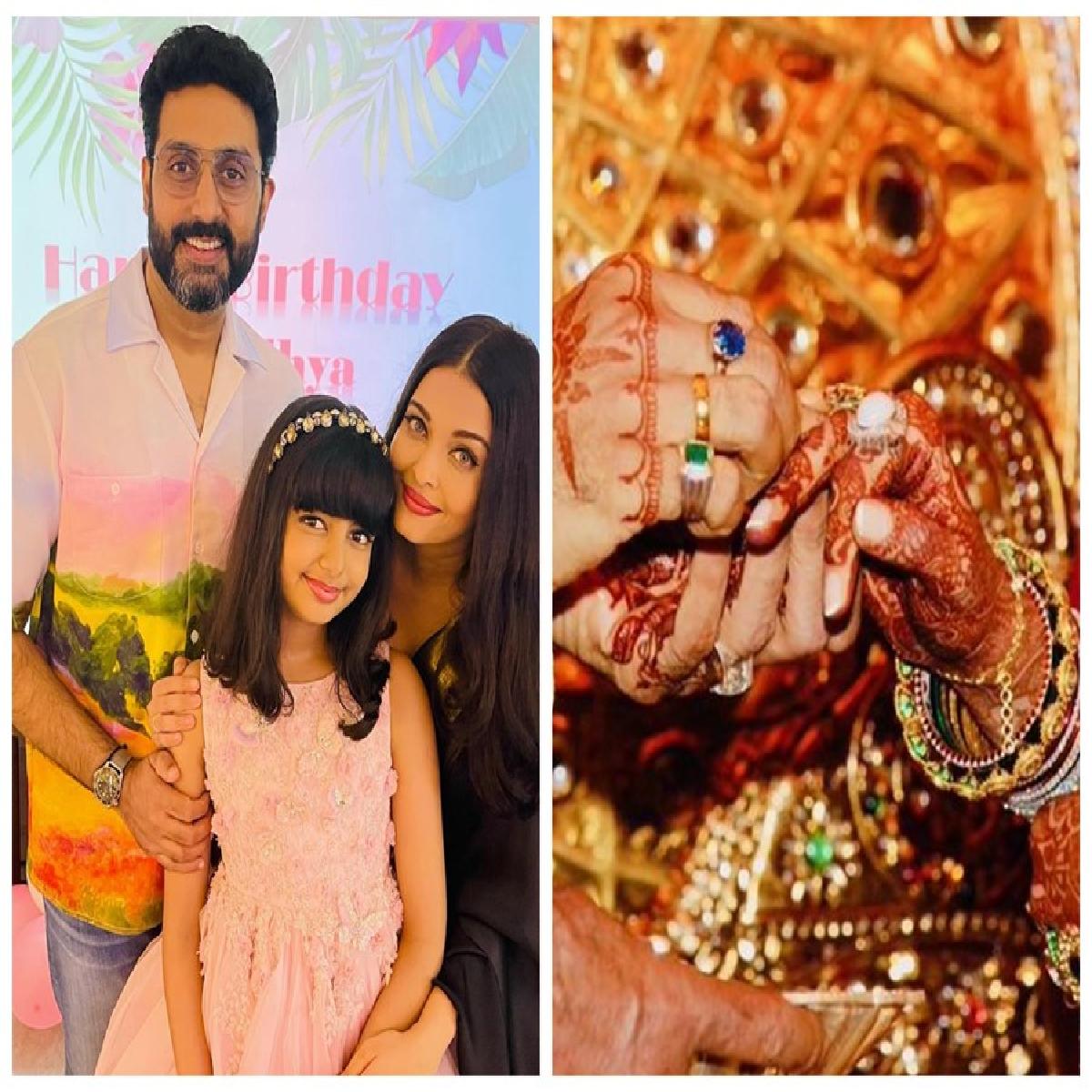 Megastar Abhishek Bachchan and Aishwarya Rai Bachchan has been married for 15 years now. The duo got married on 20th April, 2007. Reminiscing about the special day, Aishwarya and Abhishek,, took to their respective Instagram handles and shared a picture from their wedding ceremony.

The close-up image features Abhishek holding Aishwarya's hand and putting a ring on her finger. However, the couple's faces are not visible in the particular picture. The couple didn’t caption the post.

Aishwarya and Abhishek's wedding took place in a private ceremony at Prateeksha, Amitabh's bungalow in Mumbai. After four years of their marriage, the couple became parents to a daughter, Aaradhya, on November 16, 2011.

Talking about their work front, Aishwarya will be making her comeback with 'Raavan' director Mani Ratnam for the Tamil film 'Ponniyin Selvan', a historical drama that also stars Jayam Ravi, Chiyaan Vikram, and Keerthy Suresh.

On the other hand, Abhishek recently starred in 'Dasvi' which gained some appreciation from fans. He will be next seen in a new season of Amazon Prime's 'Breathe'.