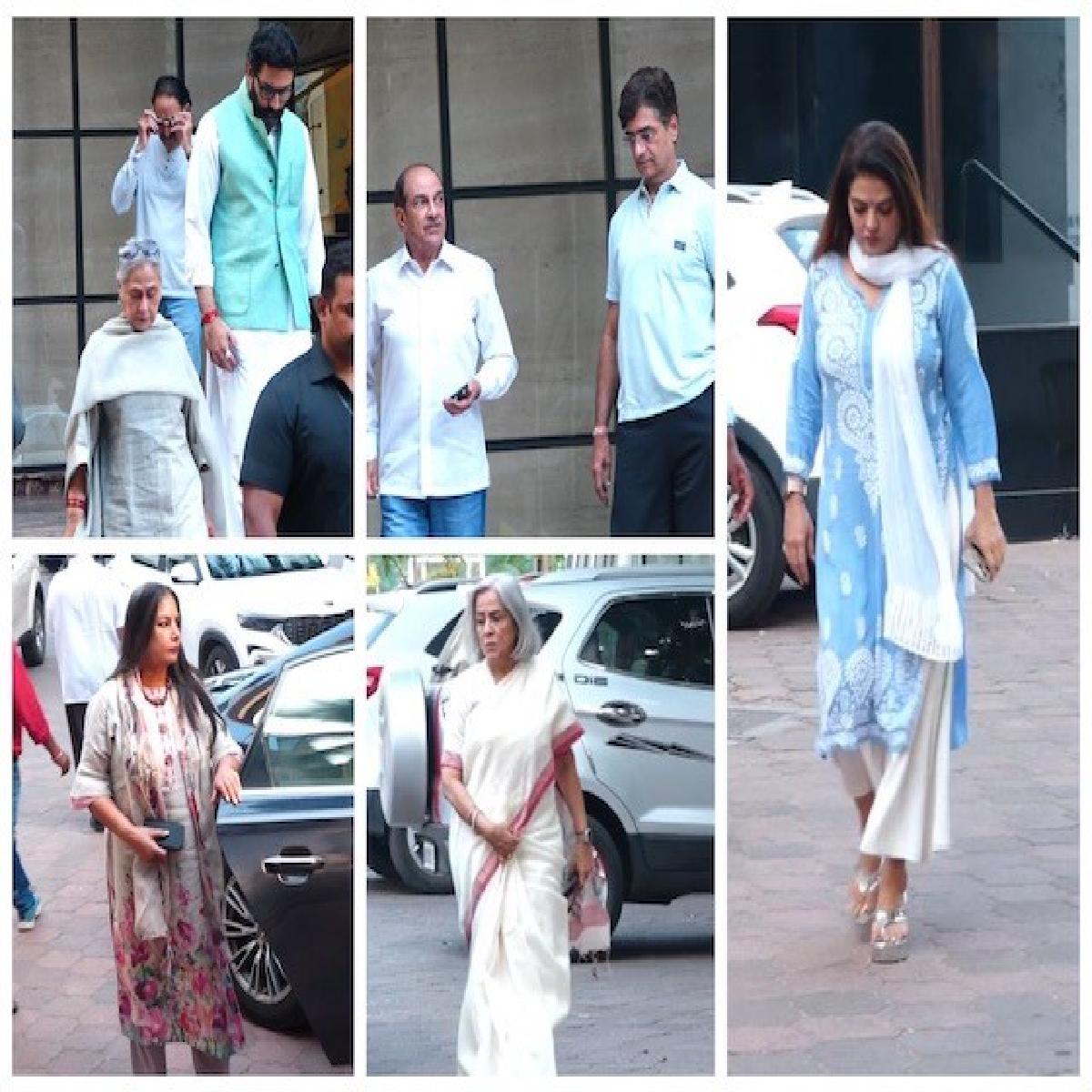 Veteran actor-filmmaker Rakesh Kumar, passed away at the age of 81 on Thursday after a long battle with cancer.

Actor Abhishek along with his mother Jaya Bachchan were seen driving off from the prayer meet in separate vehicles. Shabana Azmi was also spotted at the venue. Several other members of the film fraternity such as actress Sheeba Chaddha, filmmaker Indra Kumar and more reached the venue to pay their last respects to the filmmaker.

Kumar was the helmer of several box office successes of acting legend Amitabh Bachchan through the 70s and 80s, Kumar produced blockbusters such as 'Khoon Pasina, Mr. Natwarlal and Yaarana.

Before charting his course as a successful filmmaker, Kumar was also an assistant director during filming for the 1973 classic 'Zanjeer'.

Kumar is survived by his wife, son and daughter.