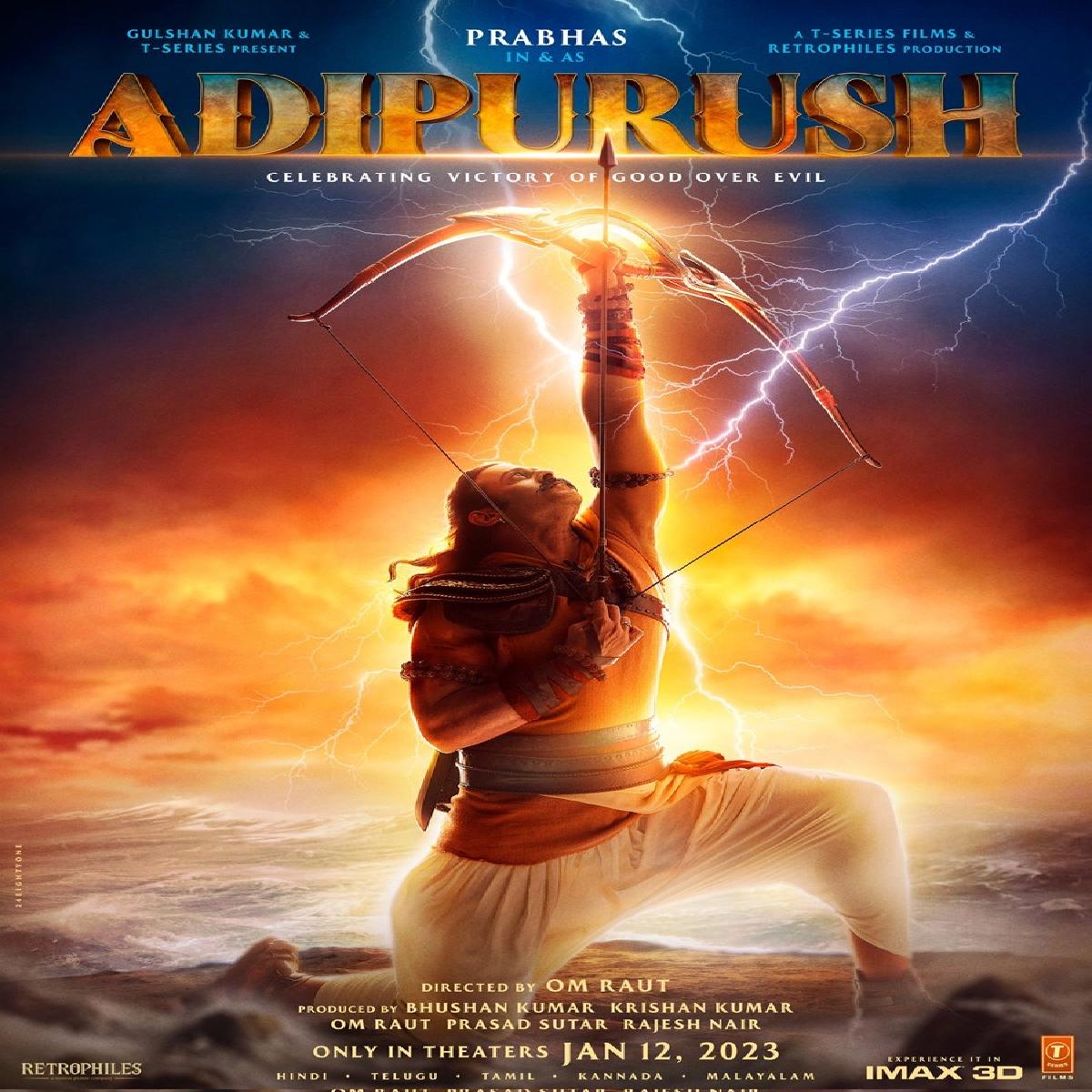 The makers of historical drama, Adipurush starring Prabhas, Saif Ali Khan and Kriti Sanon in the lead roles, unveils the first look poster for the film.

Sharing the first look poster for the film, the official handle of T-Series captioned its post, “Aarambh. Join us as we embark on a magical journey  On the Sarayu River Bank in Ayodhya, UP! #AdipurushInAyodhya Unveil the first poster and teaser of our film with us on Oct. 2 at 7:11 PM!  #AdipurushTeaser @TSeries #Adipurush releases IN THEATRES on January 12, 2023 in IMAX & 3D! #Prabhas @omraut #SaifAliKhan @kritisanon @mesunnysingh #BhushanKumar #KrishanKumar @vfxwaala @rajeshnair06 #ShivChanana @TSeries @Retrophiles1 @UV_Creations @Offladipurush”

The poster sees the actor kneeling on the ground while aiming an arrow at the skies.

The multilingual period saga is an onscreen adaptation of the Indian epic Ramayana and features "Baahubali" star Prabhas as Lord Ram. Saif Ali Khan play Lankesh and marks his second collaboration with Raut after the hit Tanhaji. The movie also stars Kriti Sanon as Sita.

Set 7000 years ago in Ayodhya, when king Raghava travels to the island of Lanka with an aim to rescue his wife Janaki, who has been abducted by Lankesh, the king of Lanka.

Produced by T-Series Films and Retrophiles, the film is scheduled to be theatrically released on 12 January 2023 in standard formats, 3D, and IMAX 3D.