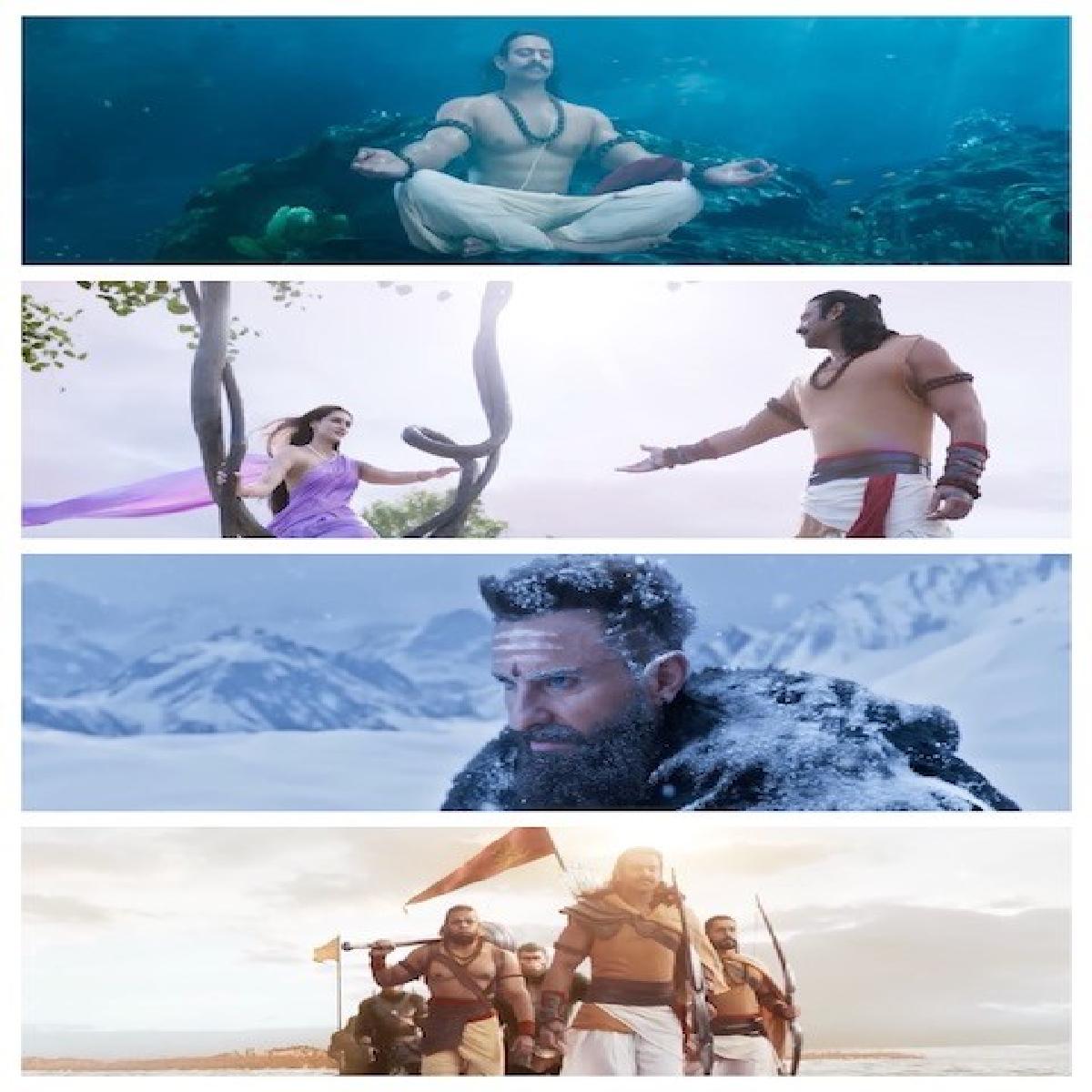 Starring Prabhas, Saif Ali Khan, Kriti Sanon and Sunny Singh starrer Adipurush first look poster and teaser was launched yesterday on an epic scale in Ayodhya. The Hindi version of the teaser has crossed a whopping 61 million hits within hours of its release.

Helmed by Om Raut, the forthcoming mythological film is based on the epic Ramayana. The film is produced by T-Series Films and Retrophiles.

It is shot simultaneously in Hindi and Telugu languages, the film stars Prabhas as Raghava, Kriti Sanon as Janaki, and Saif Ali Khan as Lankesh.

The film is set some 7,000 years ago, when Ayodhya's king Raghava travels to the island of Lanka when the help of hanuman's army with an aim to rescue his wife Janaki, who has been abducted by Lankesh, the king of Lanka.

The film is scheduled to be theatrically released on 12 January 2023 in standard formats, 3D, and IMAX 3D.