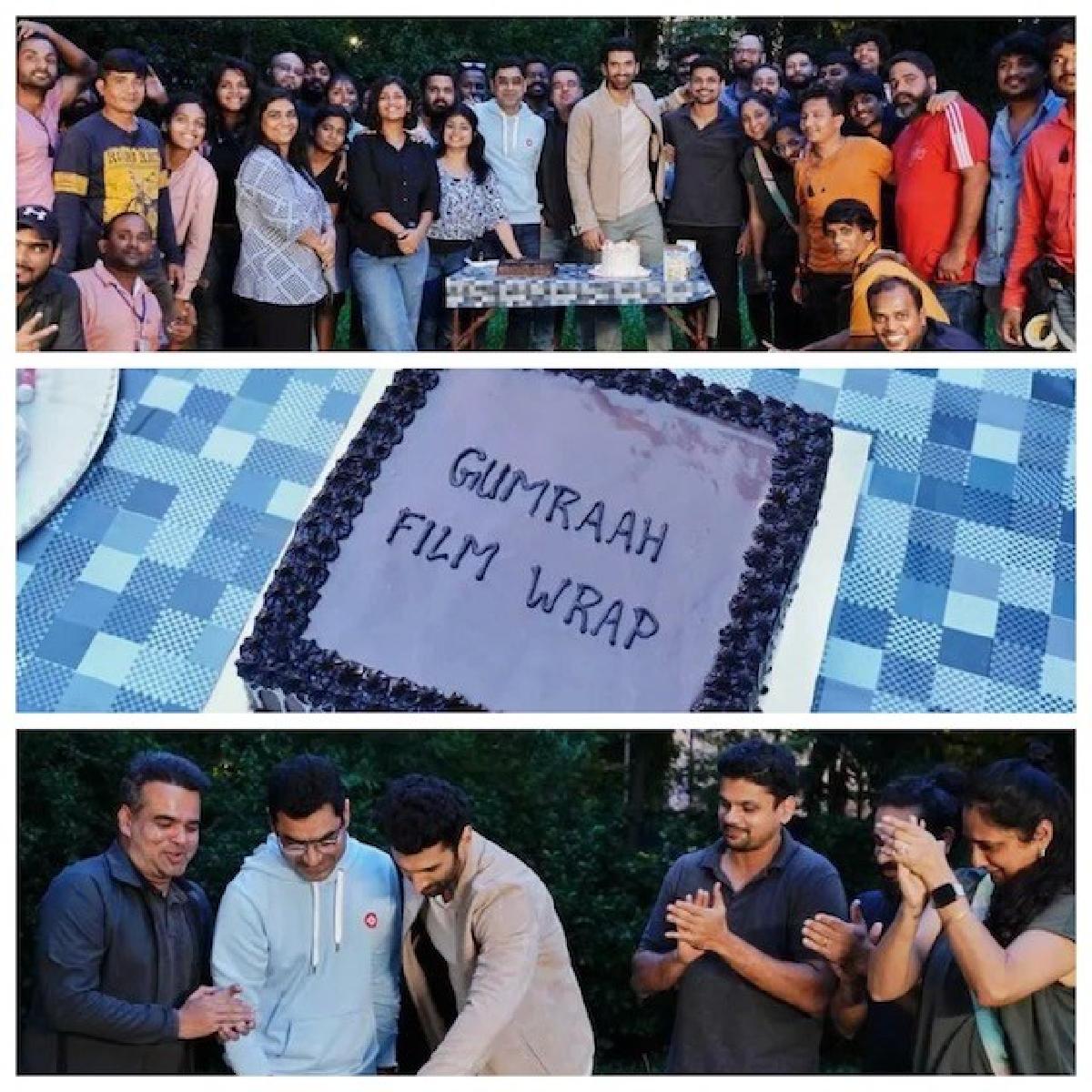 In the pictures, the lead cast of the film Aditya and Mrunal could be seen posing with all the crew members. They also cut the cake which had the text 'Gumraah Film Wrap' written on it

Aditya Roy Kapur will be seen portraying a double role for the first time in his career, whereas Mrunal will be seen playing the role of a cop in the film.

Helmed by debutant director Vardhan Ketkar, the film is an official Hindi remake of a Tamil hit action-thriller film Thadam', released in 2019. Directed by Magizh Thirumeni, the film starred Arun Vijay and Tanya Hope in the lead roles.