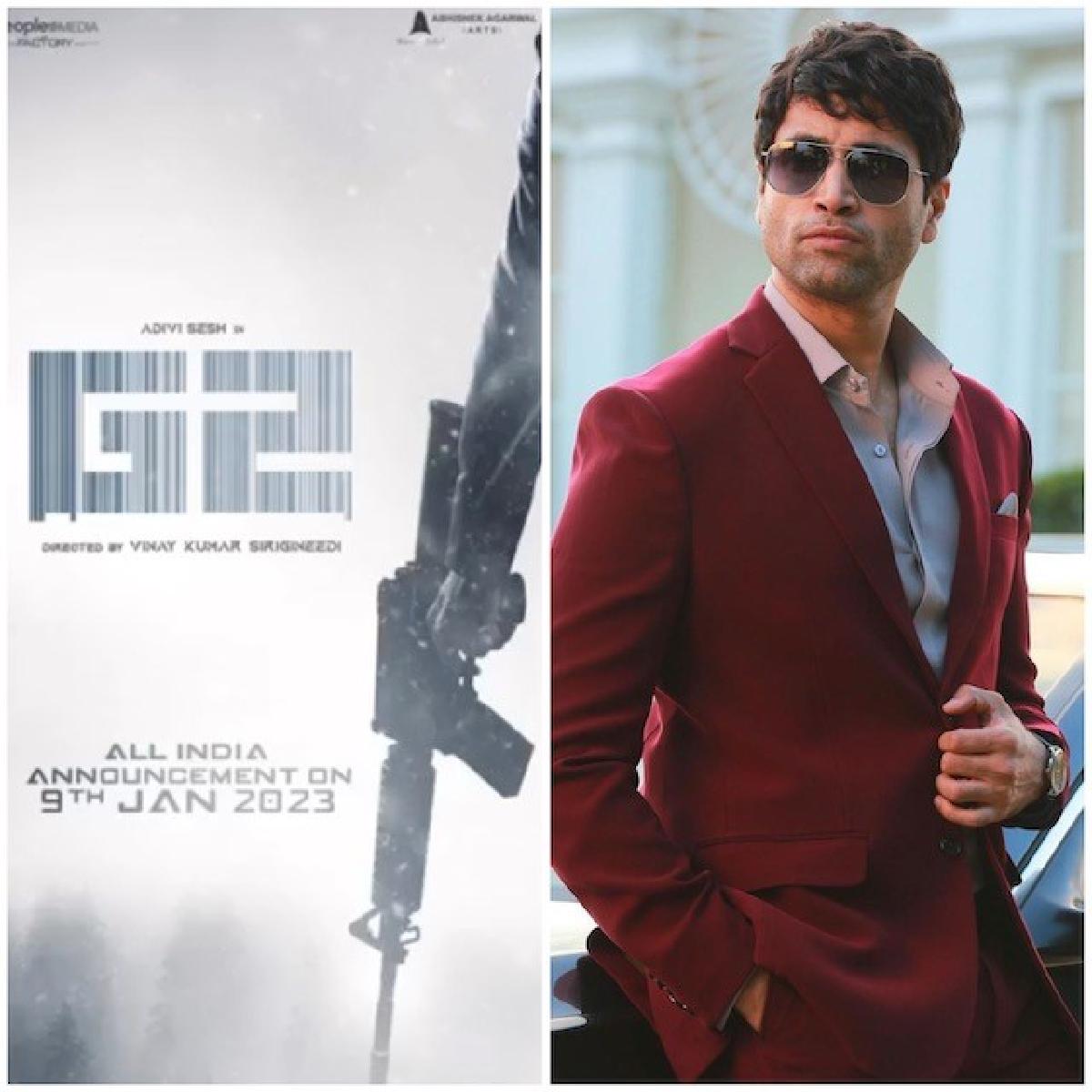 Sharing a motion poster on his social media profile, Adivi Sesh confirmed the fim. He captioned it, “#G2 it is! Just a little taste for the New Year, An Epic Action Film visualized by our Brilliant Director @vinaysirigineedi…You will know what I mean when you see our “Pre Vision” Video. We will Launch MASSIVE on Jan 9 in Mumbai & Delhi. #HappyNewYear guys, #Goodachari2”

In the motion poster, Adivi Sesh could be seen in a black suit holding a machine gun in his hand, indicating he is all set to begin the action. Makers of 'G2' will be releasing a 'pre-vision' video of the film on January 9, 2023 in Delhi and Mumbai.

Written by Adivi Sesh, the film will be directed by Vinay Kumar and will mark his directorial debut.  While the entire story of 'Goodhachari' was set in India, and for 'G2' the makers are going international.

'Goodhachari Part 2 'will start from where 'Goodhachari' ended in the Alps mountains. The makers want to design double the action compared to an average action film with many new characters joining with the already existing star cast.