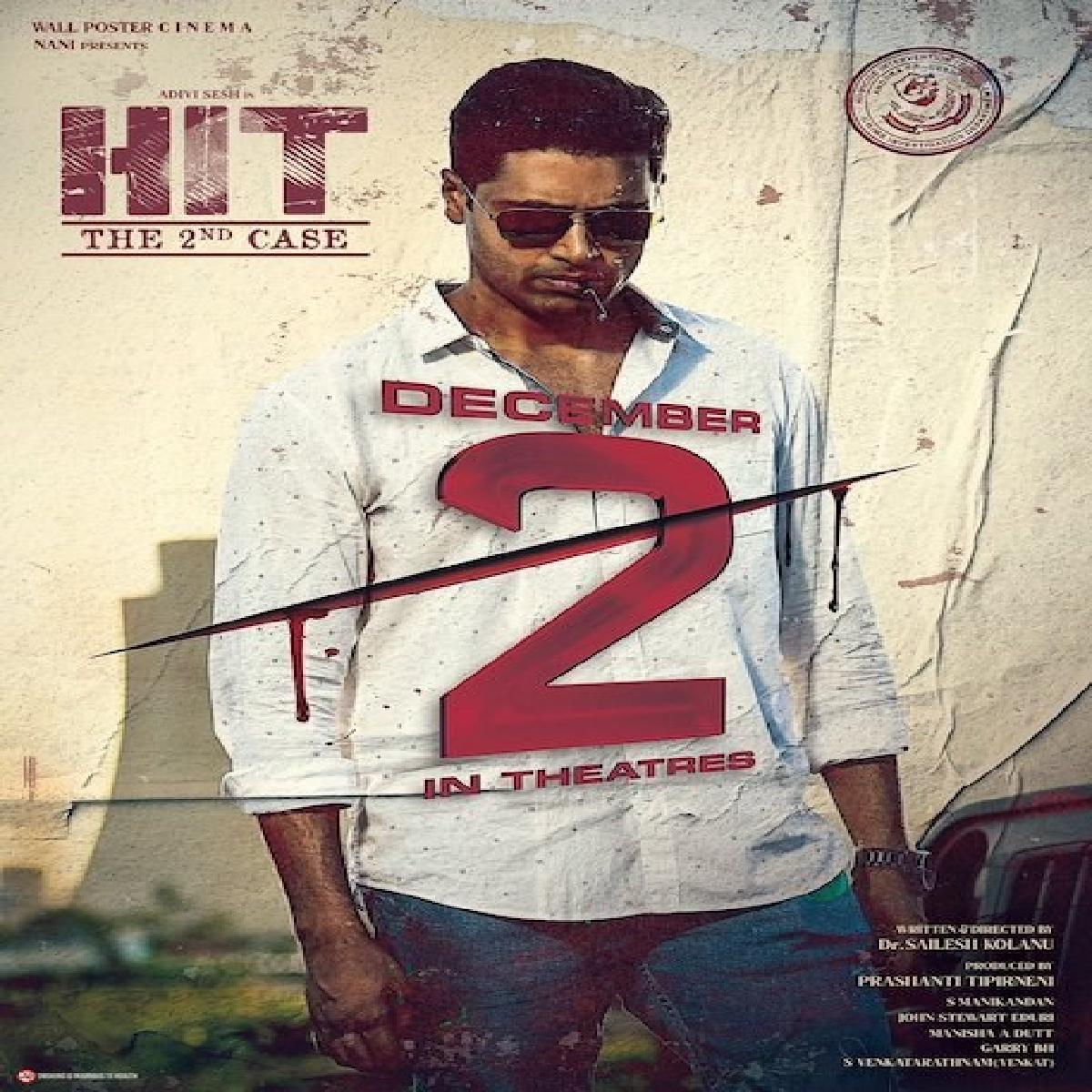 Hit 1 is a standalone sequel to HIT: The First Case (2020), it stars Adivi Sesh and Meenakshi Chaudhary.

HIT The Second was supposed to open in theatres on July 29 but that did not happen as Adivi Sesh was busy with Major. The actor has now announced that the film will finally be released in theatres on December 2.

The film also stars Bhanu Chander, Rao Ramesh, and Posani Krishna Murali, among others. HIT The Second Case is produced by Nani. It is a sequel to the Vishwak Sen-led Hit The First Case, which emerged as a success.

It remains to be seen whether HIT The Second Case lives up to the standards set by the first part.