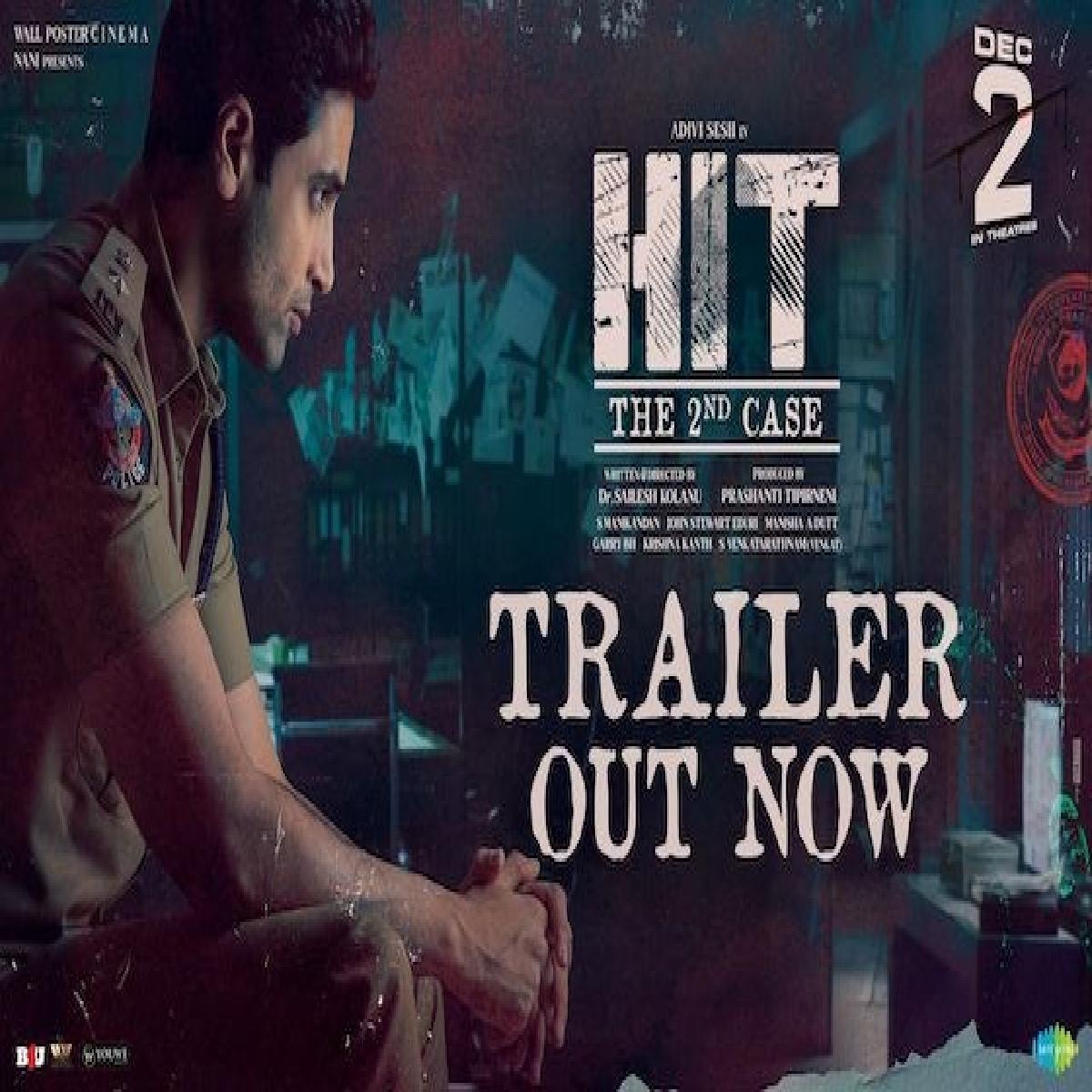 Helmed by Sailesh Kolanu, Sesh plays the role of cop Krishna Dev, who is investigating the brutal murder of a woman named Sanjana.

The serial killer chops up women's bodies into multiple pieces and Krishna Dev is trying to put the pieces together to nab him. HIT 2's story is similar to the killing of Shraddha Walkar.

The two-minute trailer of HIT 2 shows Krishna Dev (KD) investigating the killing of a woman named Sanjana, and the serial killer is only one brutal, but finds a new target in inspector Krishna.