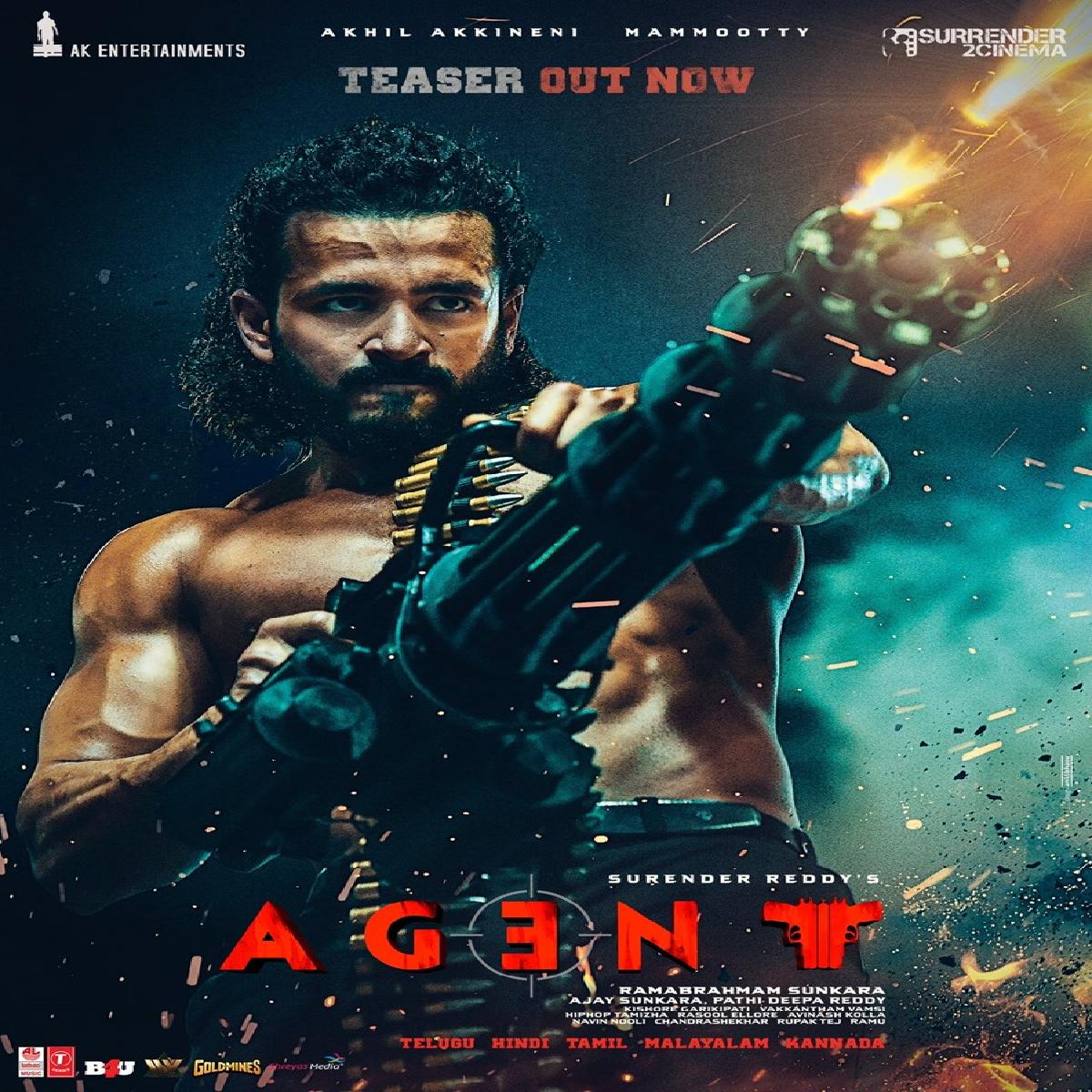 Finally the first official teaser for Akhil Akkineni starrer Agent is out. The spy thriller is helmed by Surender Reddy from a story written by Vakkantham Vamsi.

Mammootty plays the role of senior military intelligence officer, who is hunting Agent Akhil, who in a quintessential international spy gone rouge, his character and the film's story are loosely inspired by the popular American action thriller franchise.

Sakshi Vaidya is the leading lady opposite Akhil in the movie which is produced by Ramabrahmam Sunkara under AK Entertainments and Surender 2 Cinema.

National Award winner Naveen Nooli is the editor while Avinash Kolla is the art director. Hiphop Tamizha is composing the film score and soundtrack album with Rasool Ellore is handling the cinematography.

Ajay Sunkara, Pathi Deepa Reddy are the co-producers of the film