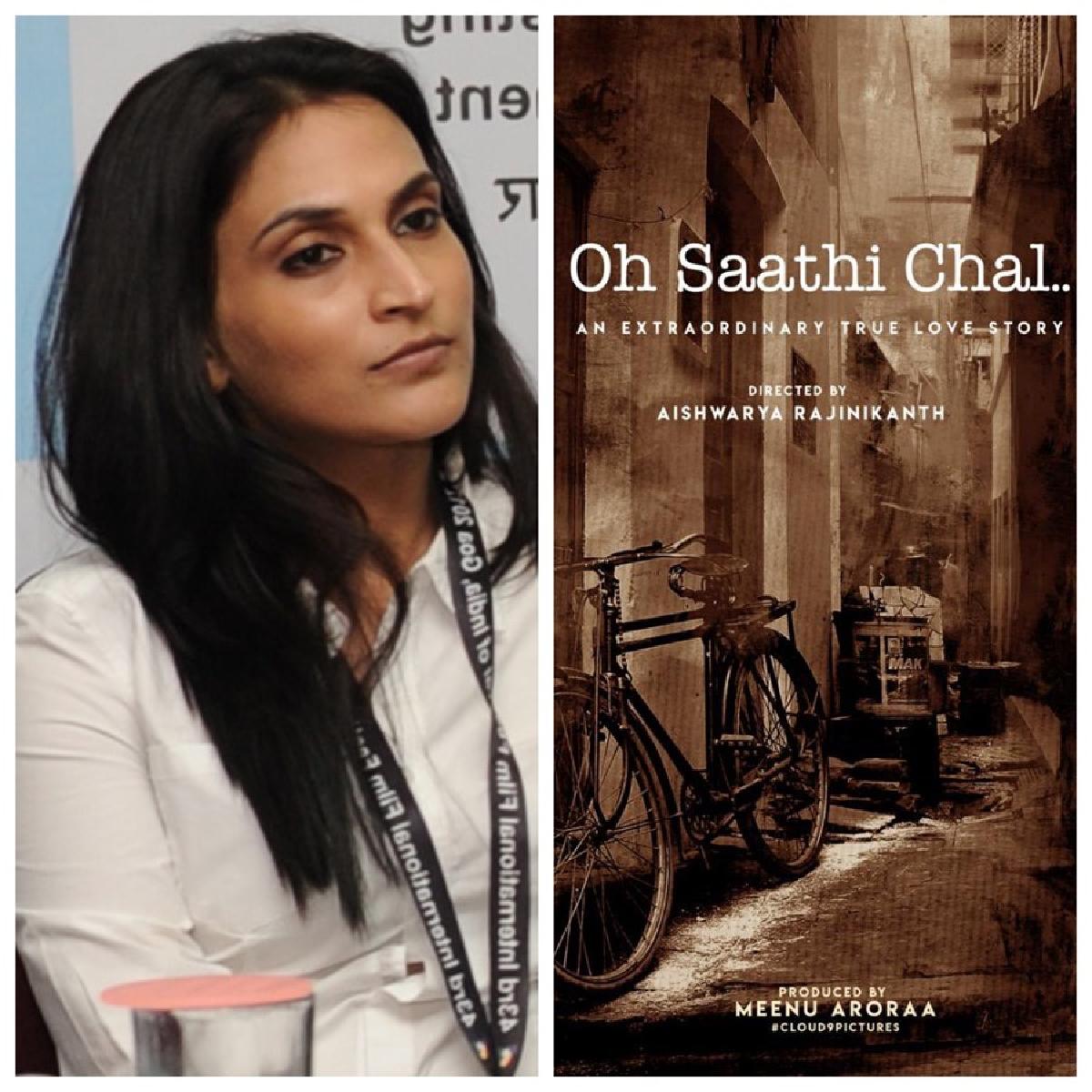 took to her social media profile and shared a poster of the film and wrote, “My week couldn't have started better. Happy and feeling blessed to announce my directorial debut in Hindi 'Oh Saathi Chal', an extraordinary true love story, produced by Meenu Aroraa. Need all your blessings and wishes"

She also confirmed that pre-production of the movie has started. She tweeted, “Pre production in progress….#thankful #grateful #blessed”

Bankrolled by Meenu Arora, who is best known for producing the critically-acclaimed 'Jhund, too confirmed the project. She shared, “Elated to collaborate with the immensely talented Aishwaryaa Rajinikanth for her maiden Hindi film. 'Oh Saathi Chal' is a special film, a true love story just waiting to be told. Here's to love, all the way"

Aishwarya earlier released her Tamil song 'Payani, which was sung by Anirudh, and composed by Ankit Tiwari, and lyrics by Viveka. The music single marked Aishwaryaa's return to direction after a long gap of nine years.

Aishwarya was married to the Indian film actor Dhanush, the couple announced their separation through their respective social media handles on 17 January 2022.

Aishwarya also released her own memoir Standing on An Apple Box: The Story of A Girl Among the Stars. With this book, she has revealed her own story of being a celebrity kid, making her career choices, her marriage and her life as Rajinikanth’s daughter.