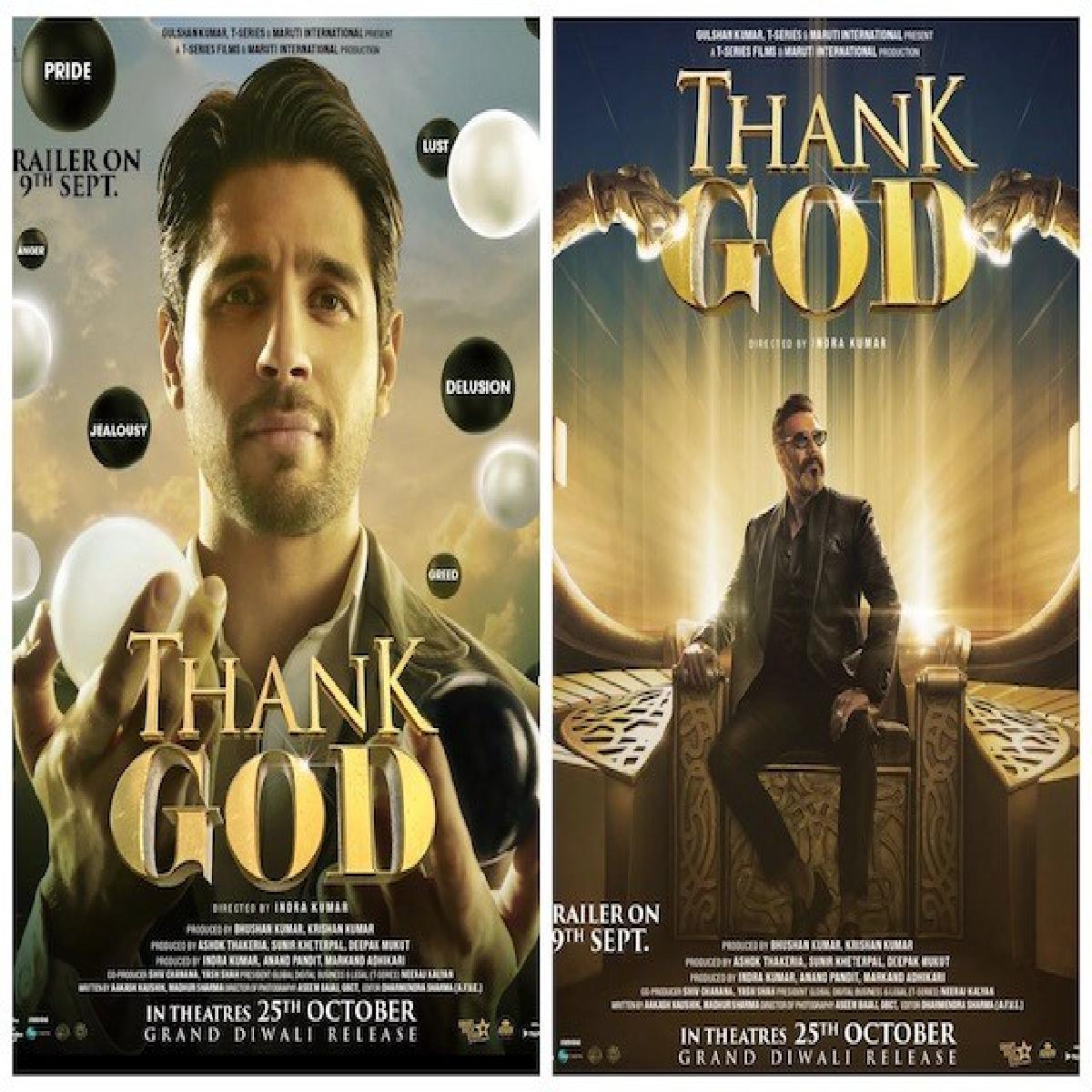 The first look poster for Ajay Devgn and Sidharth Malhotra from forthcoming Thank God, a comic caper of godly proportion is out. The trailer for the same will be out tomorrow and the film is slated for 25th October 2022 release.

Sharing the first look poster of his character from the film, Ajay Devgn captioned his post, "This Diwali, Chitragupt is coming to play the game of life with you and your family! #ThankGod trailer out tomorrow. In cinemas on October 25."

On the poster, Ajay could be seen sitting on a throne in a cool black suit with a heavy beard and sunglasses on, in a dapper look. He will be seen portraying the role of Chitragupt in film.

Sharing the first look poster of his character, Sidharth Malhotra wrote, “This Diwali, hoga sabhi karmon ka hisaab, when a common man comes face to face with Chitragupt in the game of life!”

Helmed by Indra Kumar, the film also stars Sidharth Malhotra and Rakul Preet Singh in the lead roles. The film marks Sidharth and Ajay's first on-screen collaboration. Makers are all set to unveil the trailer of the film on September 9, 2022.

Meanwhile, Ajay will be also seen in Boney Kapoor's upcoming sports period film 'Maidaan', in his next directorial film 'Bholaa' alongside actor Tabu, which is an official Hindi remake of a south film, and in 'Drishyam 2' which is all set to hit the theatres on November 18, 2022.