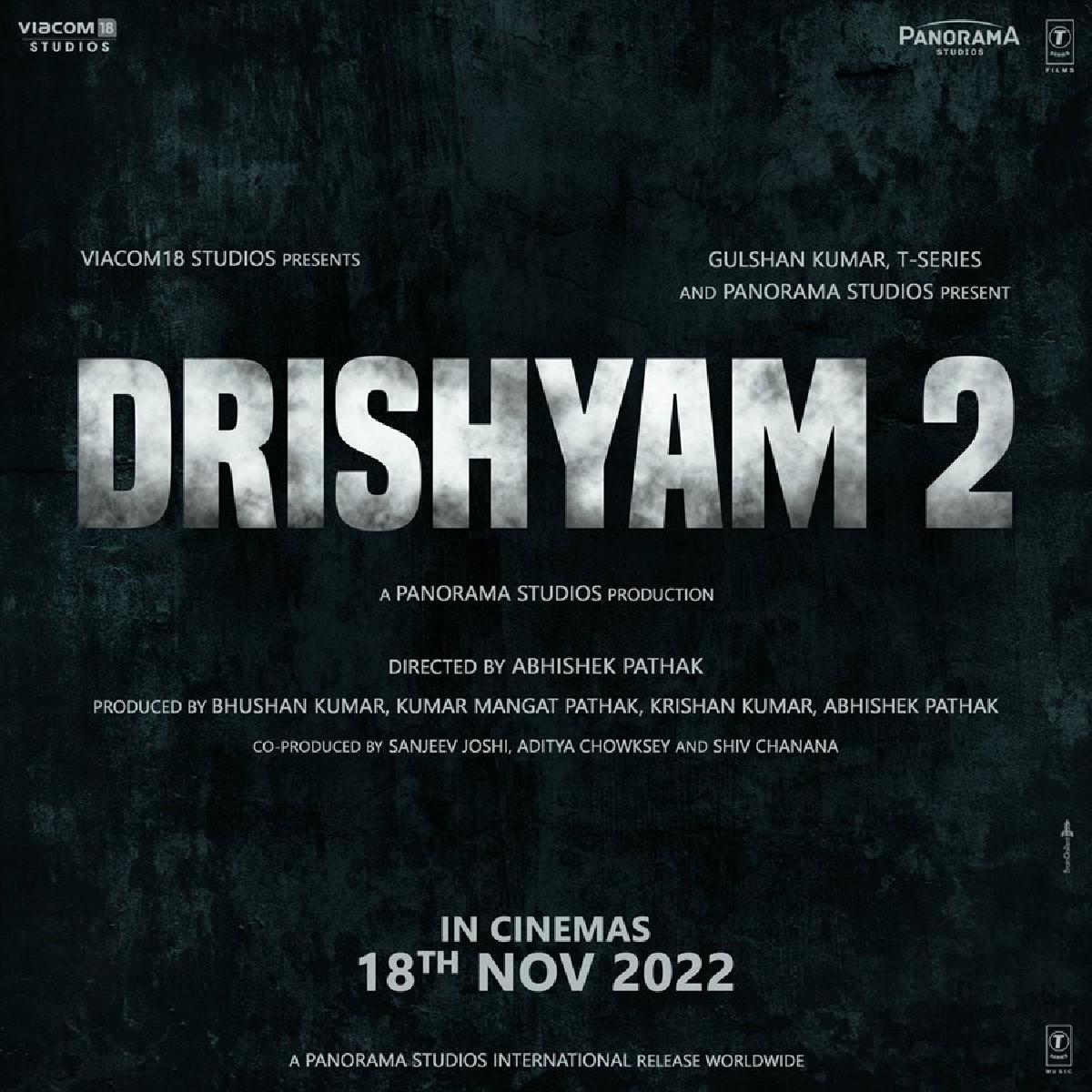 Drishyam 2 also feature the star cast of the first film including Tabu, Shriya Saran, Ishita Dutta amongst others. The film begins 7 years after the events in the first film and tests Vijay’s resolve to protect his family for whom he would cross any limits. This movie aims to provide justice to the ‘crime-thriller’ genre in every way possible.

The film is helmed by Abhishek Pathak, and will see Ajay Devgn reprise his role of Vijay, one of the most intriguing characters played by the actor on-screen. The story unveils a journey that leaves the audience thinking about what might be his way out this time.

The film is slated for 18th November 2022 release.