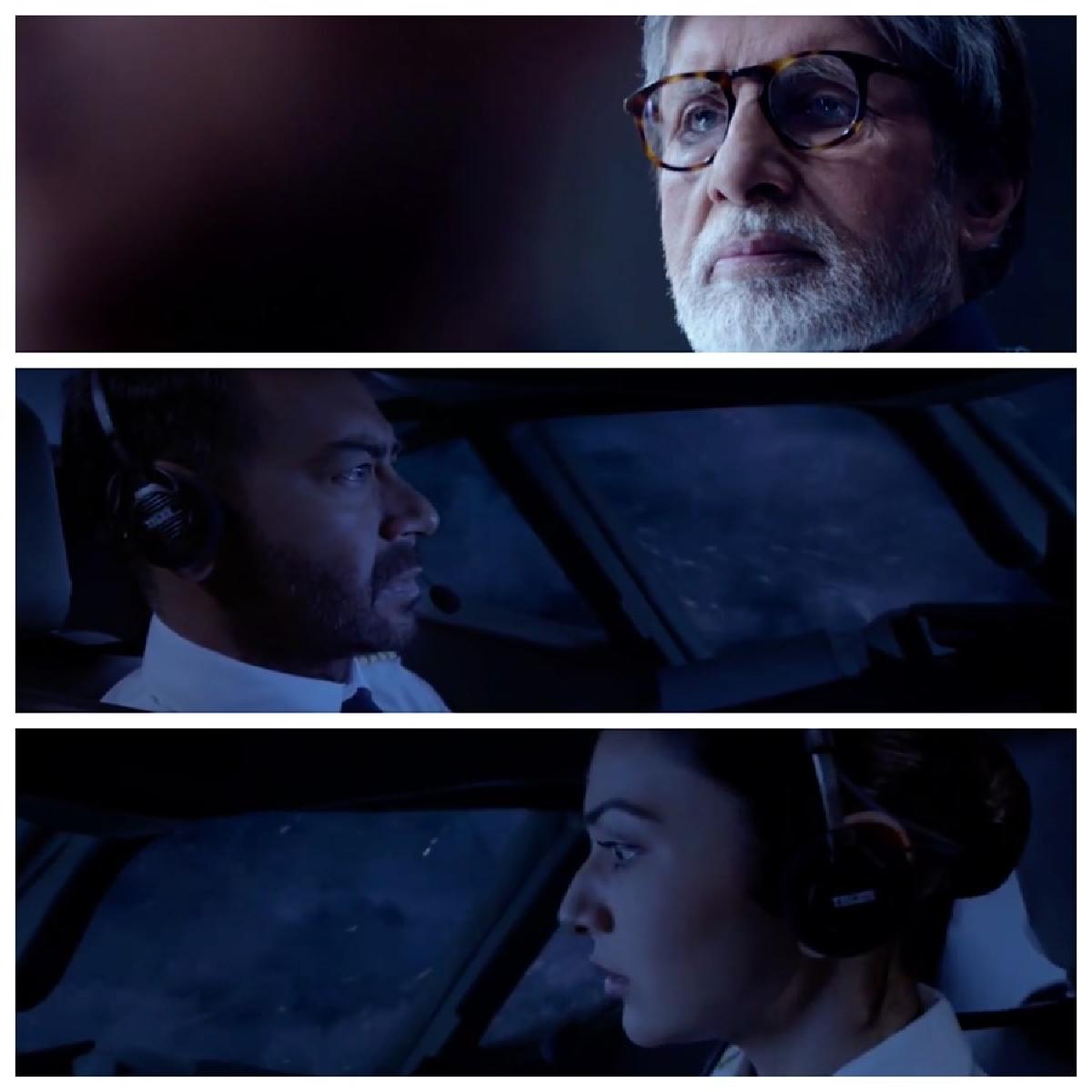 Sharing the teaser, actor Ajay Devgn, who is producing and directing the film shared, “The truth is hidden 35,000 feet above the ground. Now experience the teaser of #Runway34 #Runway34Teaser #Runway34OnApril29 @amitabhbachchan @rakulpreet @boman_irani @carryminati @adffilms”

Ajay Devgn and Rakul Preet Singh are seen as co-pilots of a passanger aircraft trying to land it on ground during a bad weather day, but something goes wrong. Moments later, Amitabh Bachchan is shown as some sort of investigator who is questioning Ajay.

Ajay, Rakul and Bachchan are seen in stylized avatars, donning crisp aviation dresses and dapper cuts. Runway 34 is touted as an edge-of-the-seat drama, it was earlier titled MayDay.

Runway 34 revolves around the workings of the aviation industry. It is inspired by a real-life 2015 incident that happened in India. The film’s script is written by Sandeep Kewlani and Aamil Keeyan Khan.