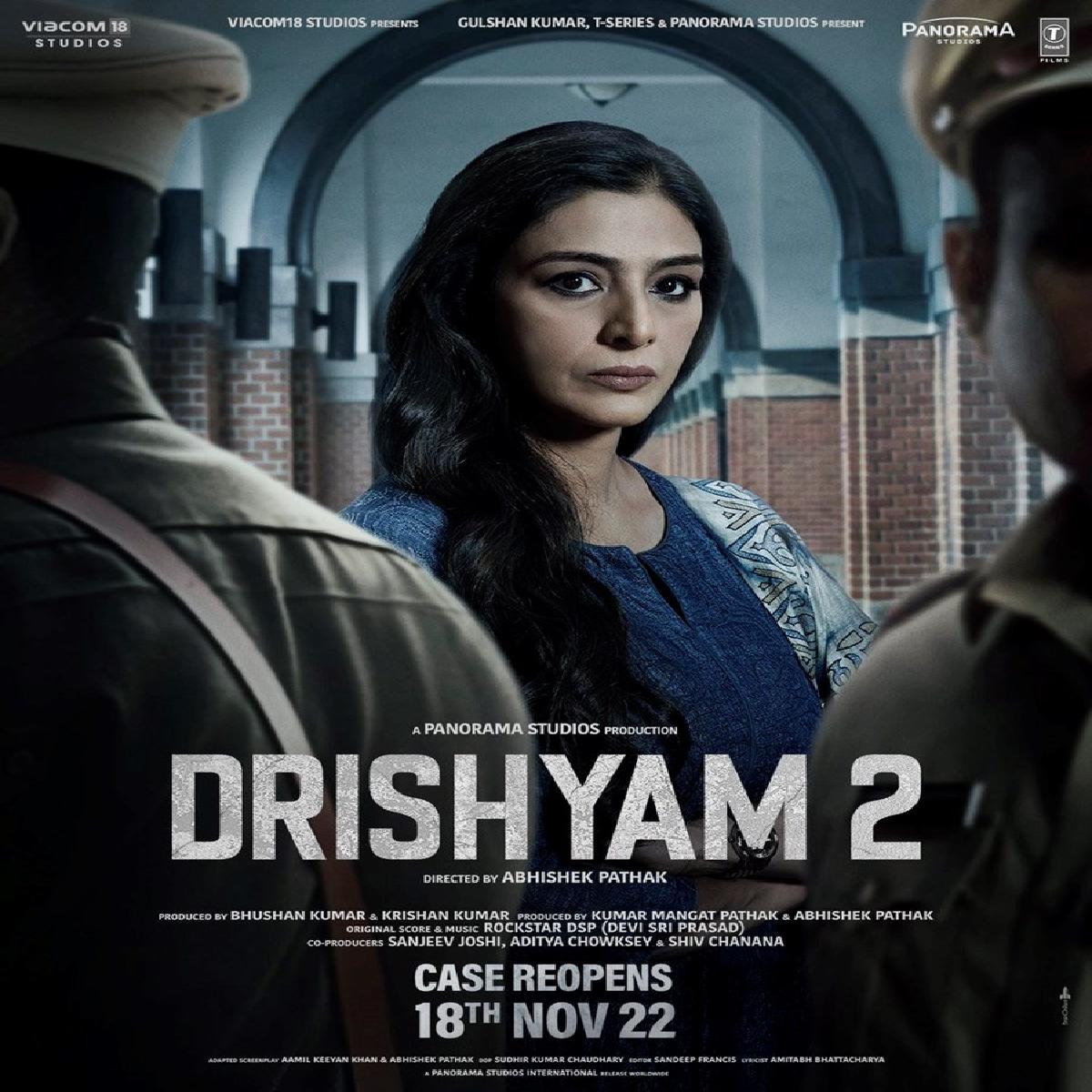 Superstar Ajay Devgn unveils the first look poster for Tabu from the forthcoming sequel Drishyam 2, the actress will be seen reprising her role of IG of Goa Meera Deshmukh.

In the poster, Tabu looks intense as she gazes straight into the camera with two cops standing aside. In the film, Tabu essays the role of a cop who investigates the truth about her son's death.

Helmed by Abhishek Pathak, the film also stars Ishita Dutta, Akshaye Khanna, Rajat Kapoor, and Shriya Saran in the lead roles and is all set to hit the theatres on November 18, 2022.

Apart from Drishyam 2, actress Tabu is also shooting for three big projects, such as Kuttey, Khufiya and Bholaa.