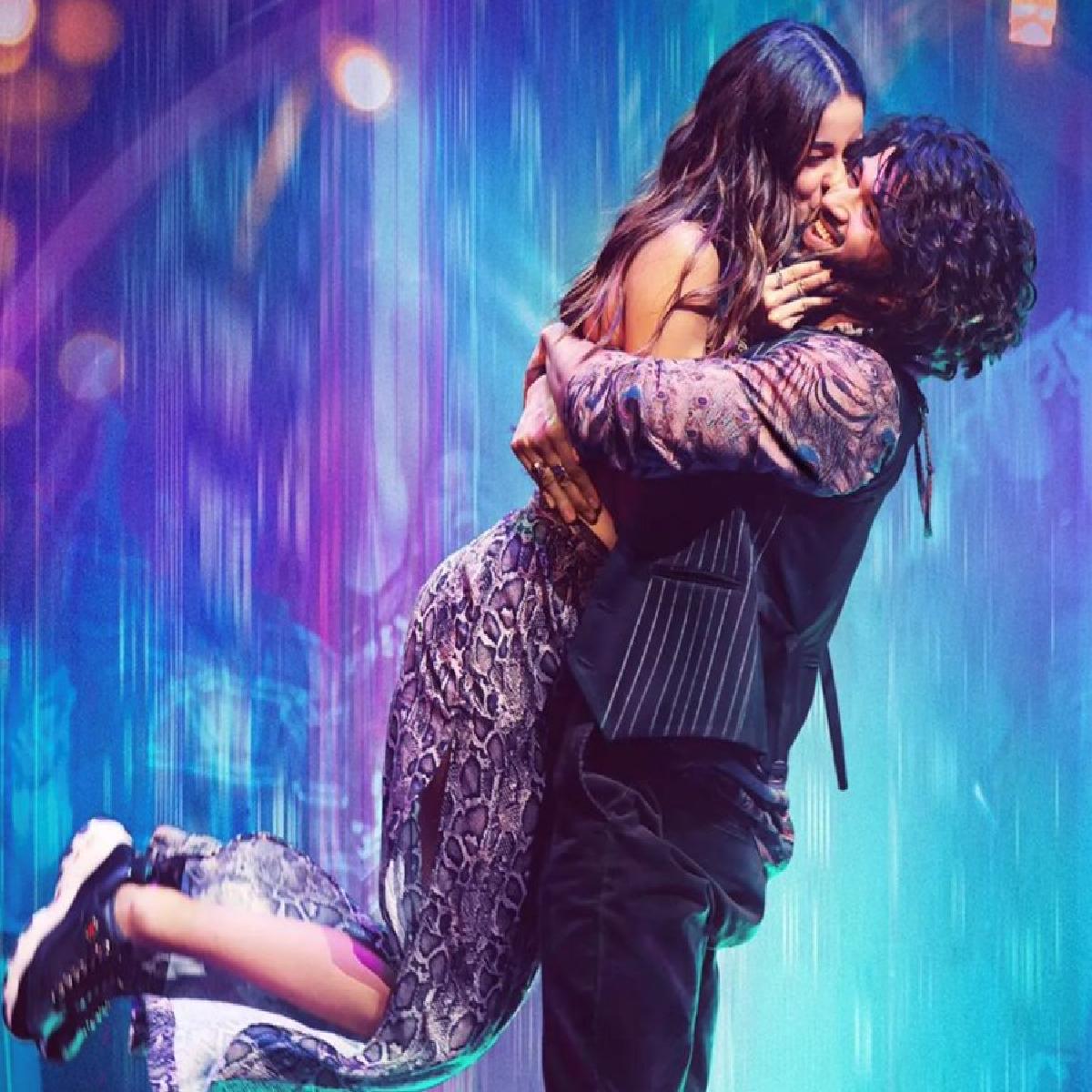 The first song, Akdi Pakdi from the much-anticipated pan-India film Liger, starring Ananya Panday and Vijay Devarakonda, was released in 5 different languages last evening and the Hindi version of the song has clocked 9 million hits.

South sensation Vijay, who will be making his Hindi debut with Liger, shared the song on his social media, he captioned his post, "The HYYYYYPEE. You guys are nuttsss. The Blockbuster Mass Track of the year #AkdiPakdi is now yours. Join the hype - do the #LigerMassStep"

The high energy track with impressive dancing prowess shown by the leading duo. Its video begins with Vijay and Ananya riding a bike while she lies on the fuel tank. Soon after, Ananya blows a kiss at Vijay, the beat drops and the scene changes.

Vijay was dressed in a rugged avatar, his hair unkempt, while Ananya looked quite glamorous wearing an all-black blouse and Patiala.

Liger is a sports action film written, directed and produced by Puri Jagannadh, the film is co-produced by Karan Johar and Charmme Kaur.

Liger is scheduled for theatrical release on 25 August 2022.