Akhanda Hindi Trailer Is Out, Re-Releasing On This Date 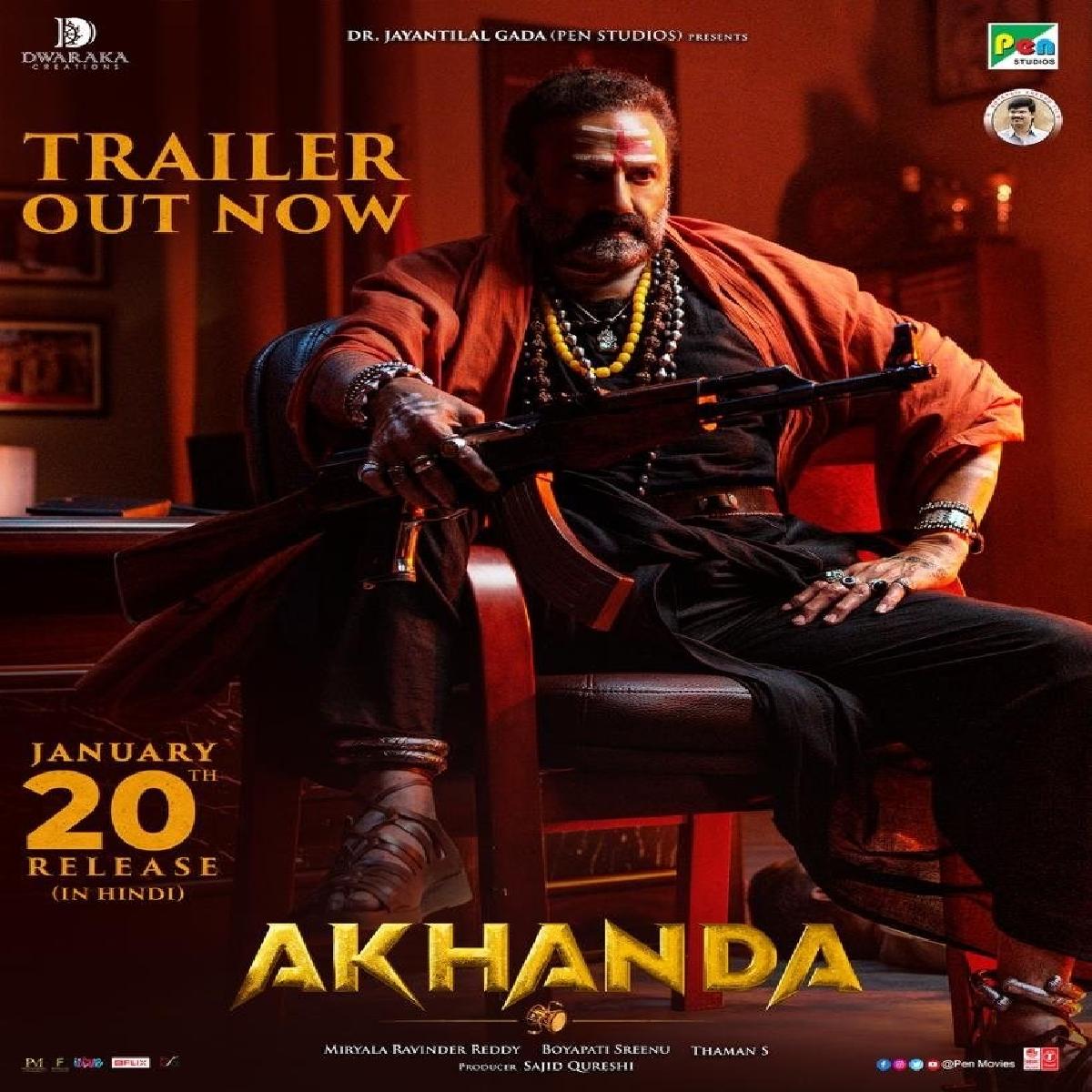 Sharing the trailer for the Hindi version of the movie, the official handle of Pen Movies tweeted, “Get ready to witness the Mass Roar in the cinema theatres near you on 20th January. #Akhanda Trailer (In Hindi) out now on Pen Movies YouTube. #NandamuriBalaKrishna @ItsMePragya @jayantilalgada @Isajidqureshi #BoyapatiSreenu #Akhandatrailer #PenMovies”

Written and directed by Boyapati Srinu. It was produced by Miryala Ravinder Reddy, under Dwaraka Creations. The film starred Nandamuri Balakrishna in a dual role alongside Pragya Jaiswal, Jagapathi Babu, and Srikanth.

The soundtrack album and film score is composed by Thaman S. Apart from the commercial success, the film was featured at the 53rd International Film Festival of India in the Indian Panorama mainstream section.