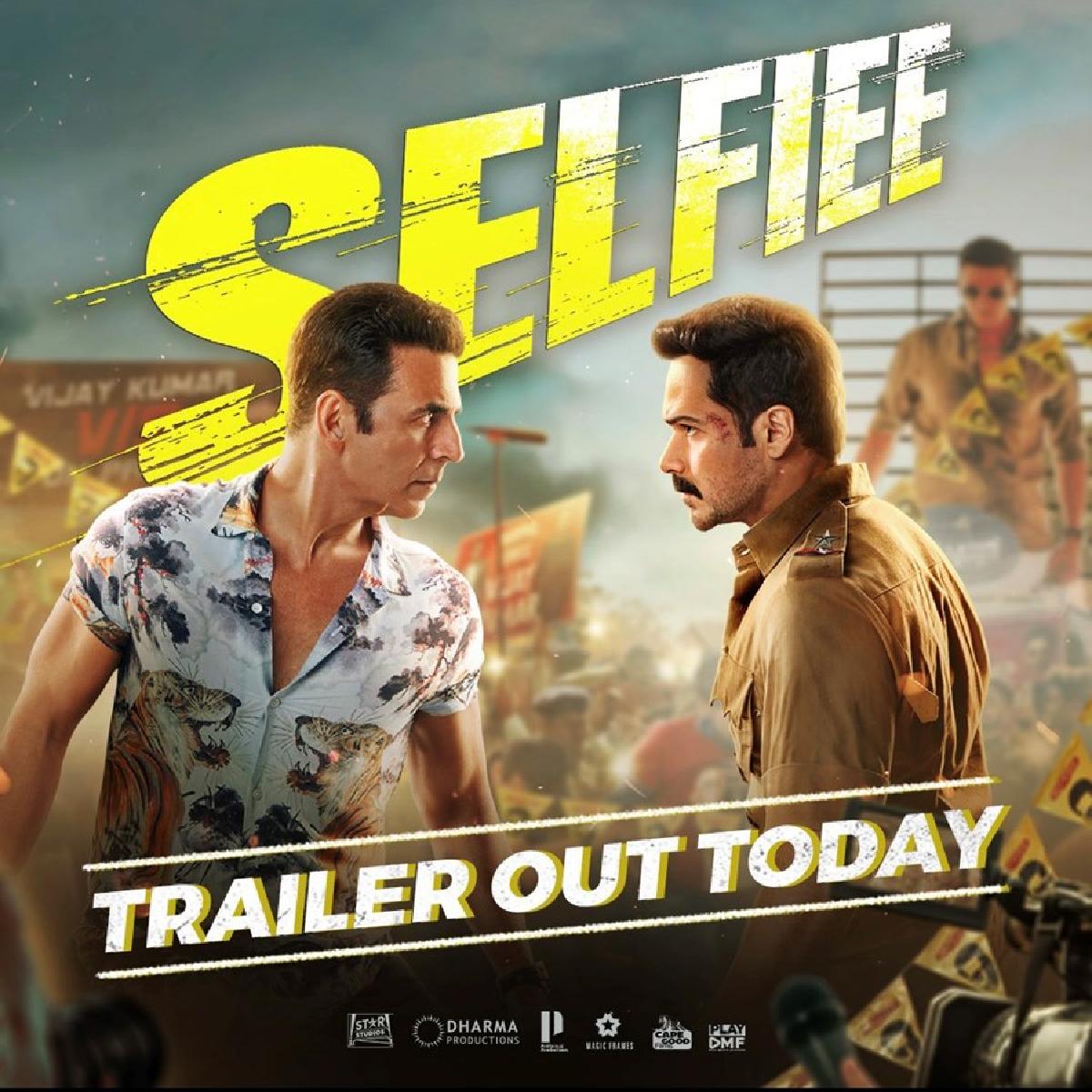 Selfiee is an official Hindi remake of the 2019 Malayalam-language comedy drama of Driving License has Hashmi reprising the role of a motor inspector Omprakash Agarwal who's tryst with his favourite superstar actor Vijay (Akshay Kumar) leads to a series of misunderstandings and complicated events.

Helmed by Raj Mehta, and also starring Nushrratt Bharuccha and Diana Penty, the trailer, which opens with Kumar's character walking away from a car explosion sequence on the sets of his film, features a voiceover by Hashmi explaining how it is a dream for him and his family to take a selfie with the country's biggest star.

As the trailer unfolds one cannot help but notice that even though Hashmi plays a simple government officer he lights up the screen with his presence and efforts to be as natural as possible.