Akshay Kumar And Radhika Madan In Sudha Kongara is Remake 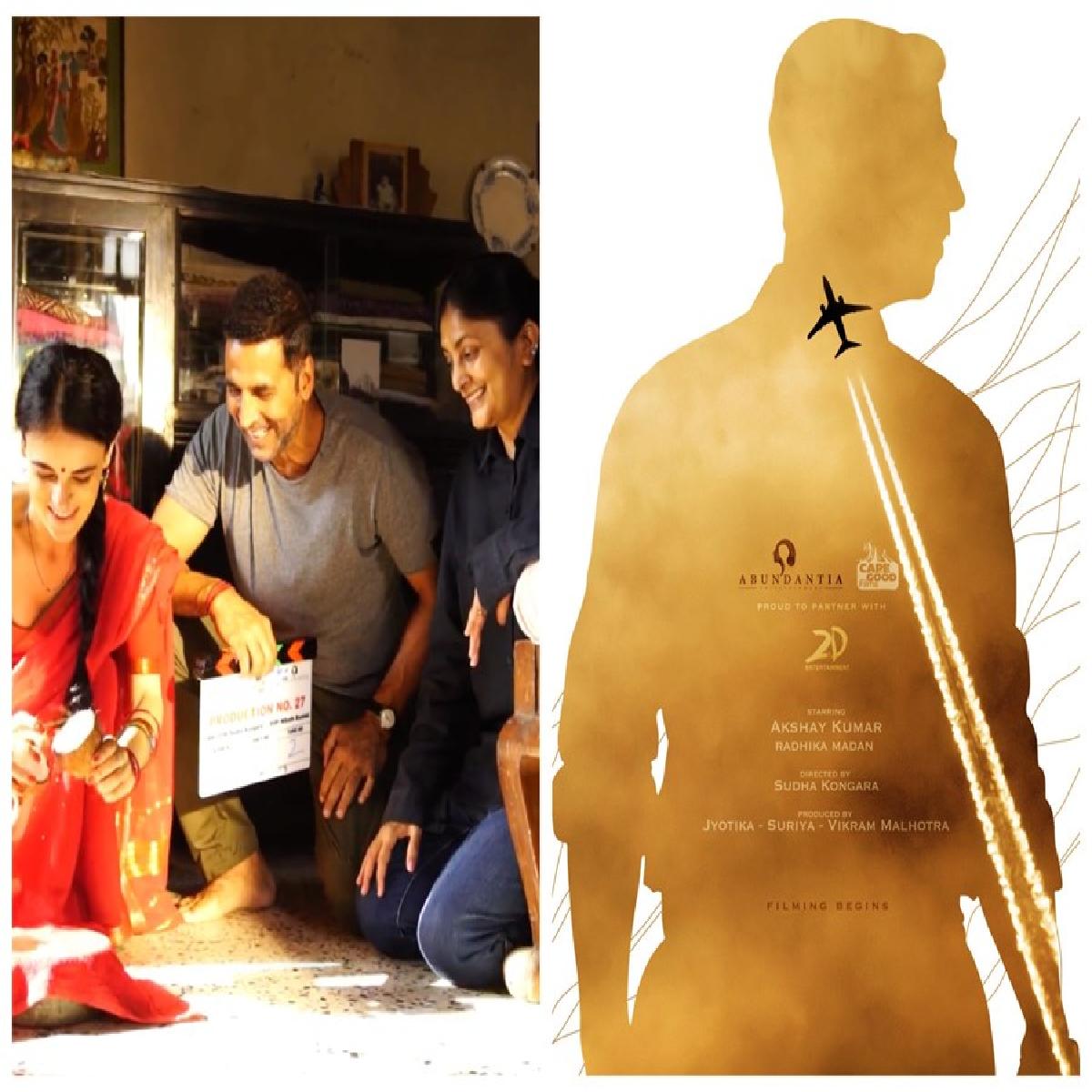 Actor Akshay Kumar and Radhika Madan starrer Hindi remake of the Tamil blockbuster, Soorarai Pottru, has finally gone on floors. The film is untitled as yet.

Actor Akshay Kumar took to his social media and dropped the video from the coconut breaking ceremony. He captioned it, “With the auspicious coconut-breaking and a small prayer in our heart, we begin the filming of our yet untitled film which is about dreams and the power of it…In case you’ll have any title suggestions, do share and of course your best wishes @capt_gr_gopinath @sudha_kongara @radhikamadan @jyotika @actorsuriya @ivikramix @rajsekarpandian @abundantiaent @2d_entertainment”

In the video, Akshay Kumar, Radhika Madan, and director Sudha Kongara Prasad are seen on the sets of the film for the mahurat shot.

Sharing the same, Radhika Madan wrote, “Super thrilled and grateful to be a part of this journey”

The Hindi remake of Soorarai Pottru is likely to be set in a North India backdrop. Sudha Kongara Prasad, who helmed the original Tamil film, will also direct the Bollywood remake.