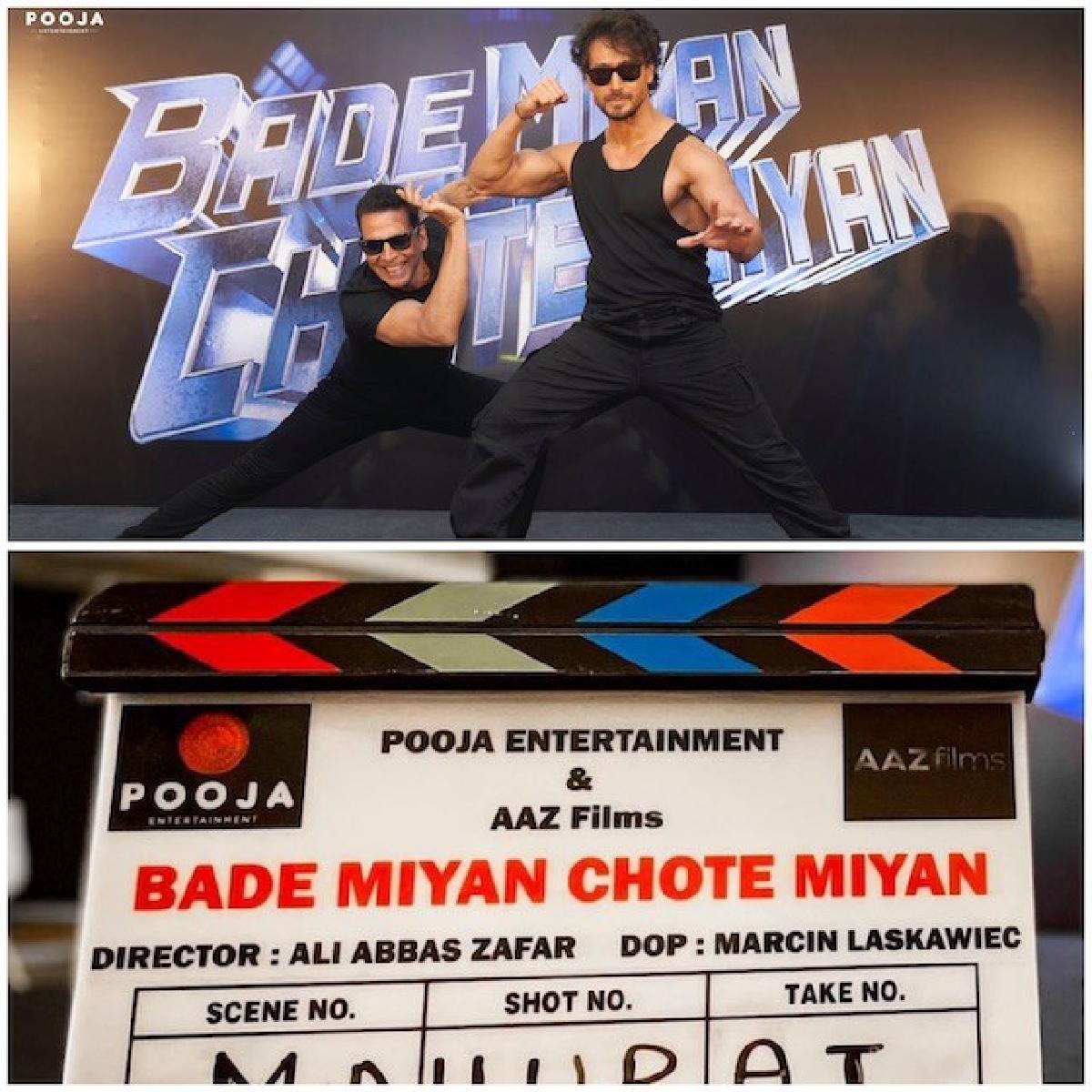 Akshay Kumar took to his social media profile and dropped a series of stills from the Mahurat day. He captioned it, “A film I’ve been most eager to start #BadeMiyanChoteMiyan! Adding to the adrenaline rush is my Chote @iTIGERSHROFF, Hey Chote, you better remember during the shoot that you were born the year I started my career”

Replying to Akshay Kumar, young gun Tiger Shroff wrote, “Bade I may have been born the same year you were launched, but i am sure you can still kick and jump higher than me! And the journey of one of the biggest action spectacles begins today! @akshaykumar @jackkybhagnani @aliabbaszafar @pooja_ent @therealprithvi @vashubhagnani @deepshikhadeshmukh @ihimanshumehra”

Jackky Bhagnani said the upcoming movie is their "biggest and most ambitious project". The  action thriller is scheduled to be released on Christmas this year.

Pooja Films is also bankrolling some of  the biggest releases in 2023, such as Ganapath, Capsule Gill, and Mahavir Karna.