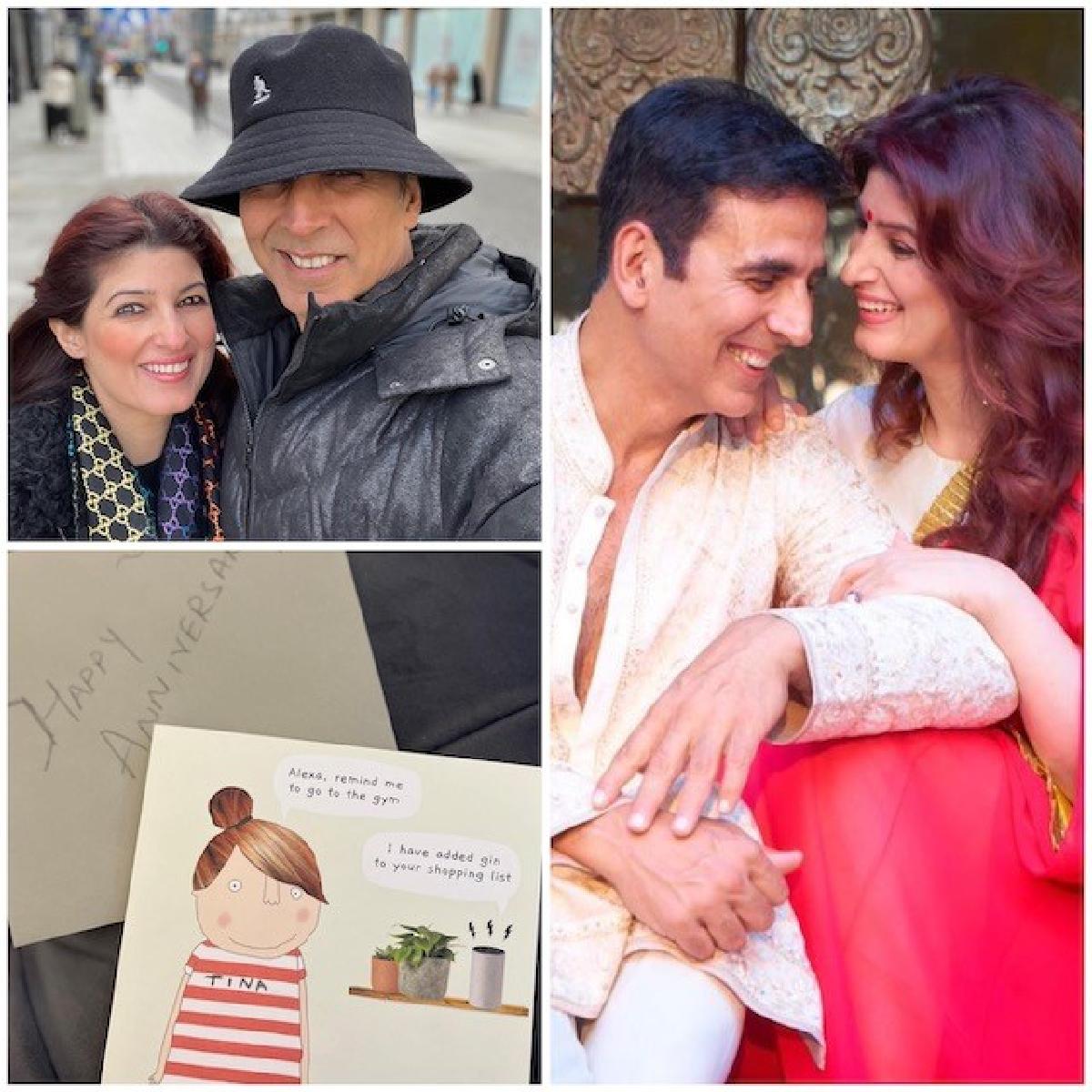 Akshay Kumar penned an adorable wish for his wife, Twinkle Khanna, sharing a picture with his wife, he captioned it, “Two imperfect people who have perfectly been stuck together since twenty-two years! Happy anniversary Tina"

Twinkle Khanna and Akshay Kumar tied the knot on January 17, 2001. They are proud parents of a son named Aarav and a daughter named Nitara, who was born in 2012.

Twinkle Khanna also took to her social media, and usual shared a quirky post, she captioned it, “Only he could have got me this card! 22 years and it feels like our 2nd anniversary. It's been over two decades and we have built a life that encompasses two children, our extended families, work, friends, dogs, a few goldfish, independence and stability. I suppose you don't have to be alike to make it work. You just have to like each other enough. #bestfriends”

Meanwhile, on the work front, Twinkle Khanna left acting post her marriage and turned author, she is one of the most iconic female writers of our times.