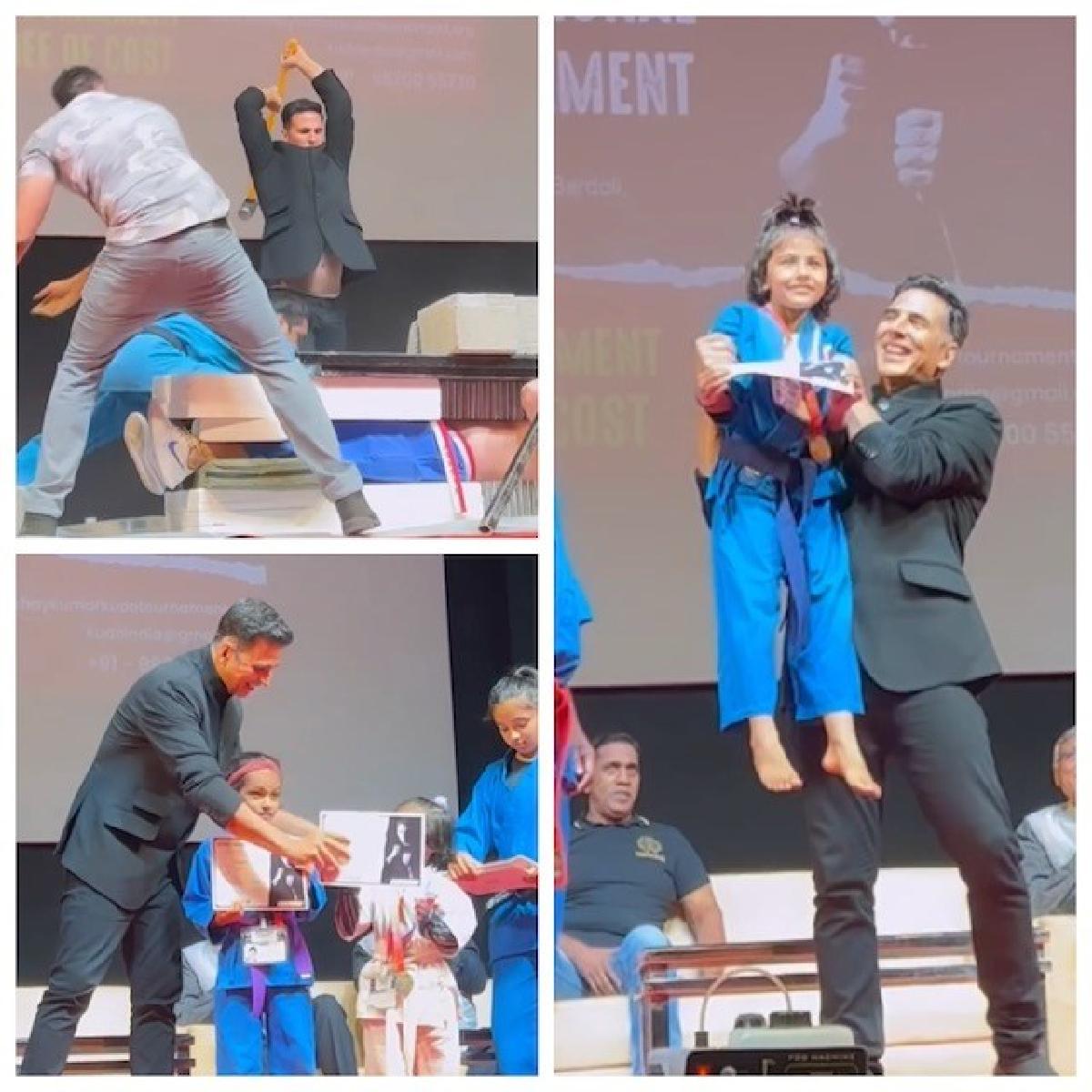 Action superstar Akshay Kumar took to his social media and shared a little sneak-peek into the 14th international Kudo tournament organised by the actor himself in Gujarat.

Sharing a video post, Akshay took to his social media and wrote, “Thank you for celebrating your Diwali with us here at the Akshay Kumar 14th International Kudo Tournament. Coming here is always humbling, meeting you all reminds me of my beginning. I hope with the help of this tournament we help Kudo grow in India with each passing year. @mmawithmehulvora”

In the video, Akshay was seen arriving at the event dressed in an all-black suit. He addressed the audience from the stage and also handed over the awards to all the winners.

Akshay also took part in the event and displayed his fighting skills by breaking bricks with a hammer.

Meanwhile on the work front, Akshay was recently seen in the action-adventure film 'Ram Setu' alongside Nushrratt Bharuccha and Jacqueline Fernandez.

He will be next seen in a comedy film 'Selfie' along with Emraan Hashmi, Nushrratt Bharuccha and Diana Penty. Helmed by Raj Mehta, the film is all set to hit the theatres on February 24, 2023.

He will also be seen opposite Radhika Madan in the Hindi remake of Suriya's Tamil film 'Soorarai Pottru'.