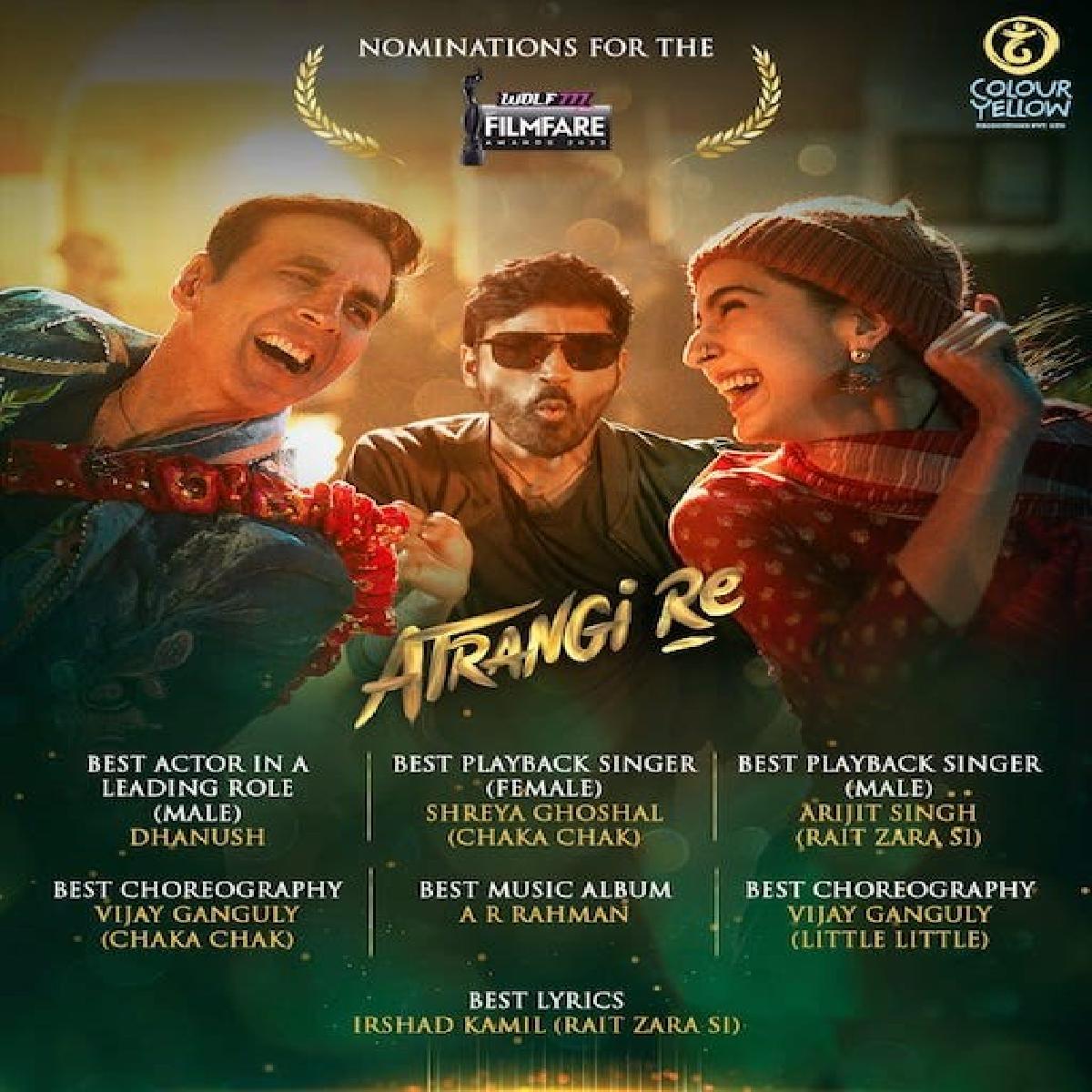 Sharing the news with fans about the nomination, the official handle of Colour Yellow Productions shared, “Chaka chaking our way into the nominations at the 67th Filmfare Awards 2022 and we are so excited for that! @aanandlrai @akshaykumar @dhanushkraja @SaraAliKhan

Atrangi Re is helmed by Aanand L. Rai and written by Himanshu Sharma. Produced by T-Series Films, Colour Yellow Productions and Cape of Good

Films. The film tells the story of Rinku (Khan), a serial eloper, who is in love with a magician named Sajjad (Kumar). She gets forcefully married to Vishu (Dhanush). Vishu soon falls in love with Rinku but the love triangle gets weirder when Sajjad shows up