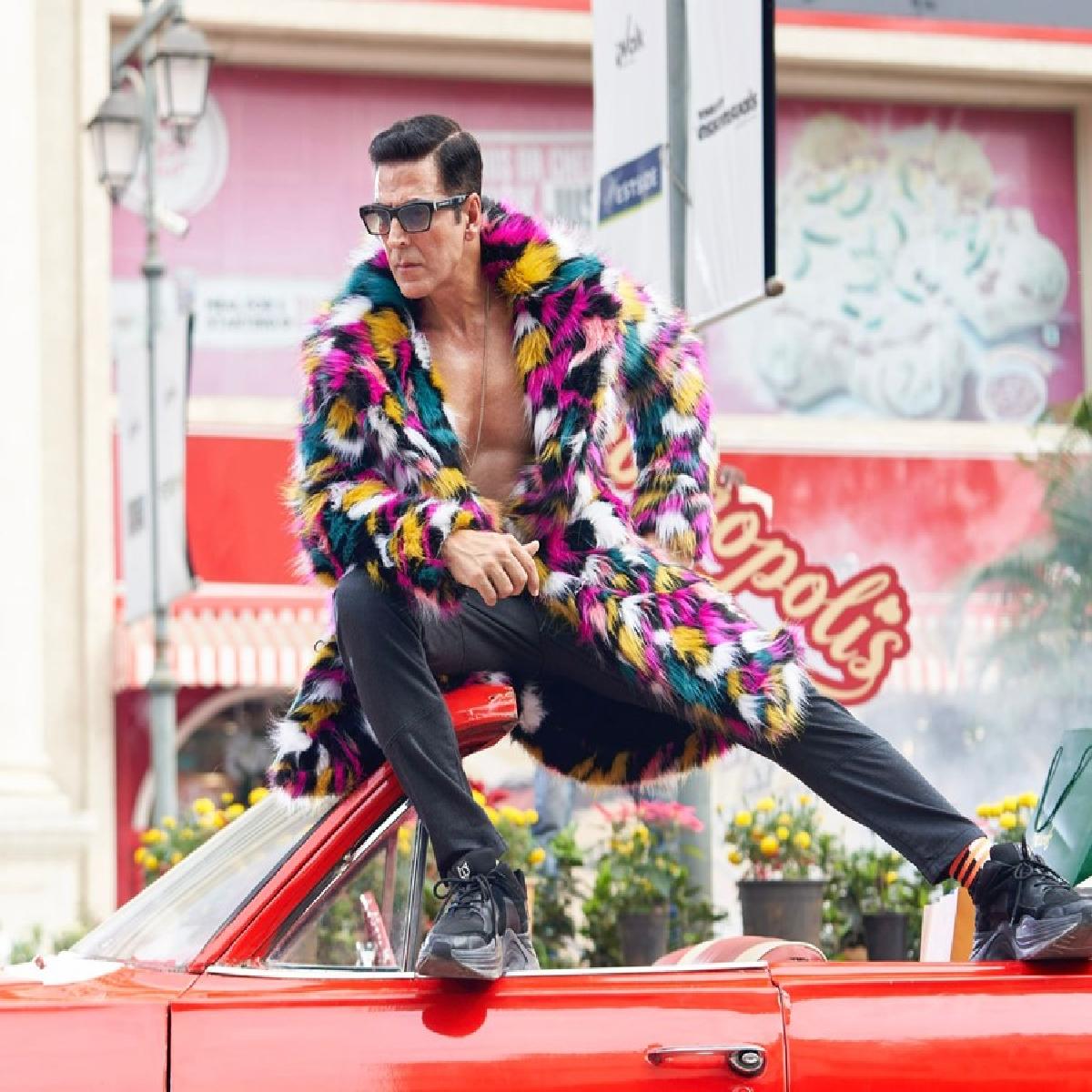 Akshay is seen sitting on top of a car dressed in a colourful faux fur jacket, black pants and shoes, flaunting his toned physique. Looking dapper as always, Akshay Kumar seems at ease perched on the vehicle, shooting for a song.

Selfiee is directed by Raj Mehta and is based on the Malayalam film Driving Licence, which featured Prithviraj Sukumaran and Suraj Venjaramoodu in the lead roles. The Hindi version stars Akshay Kumar along with Emraan Hashmi, Diana Penty and Nushrratt Bharuccha.

The film is slated for 24th February 2023 release.