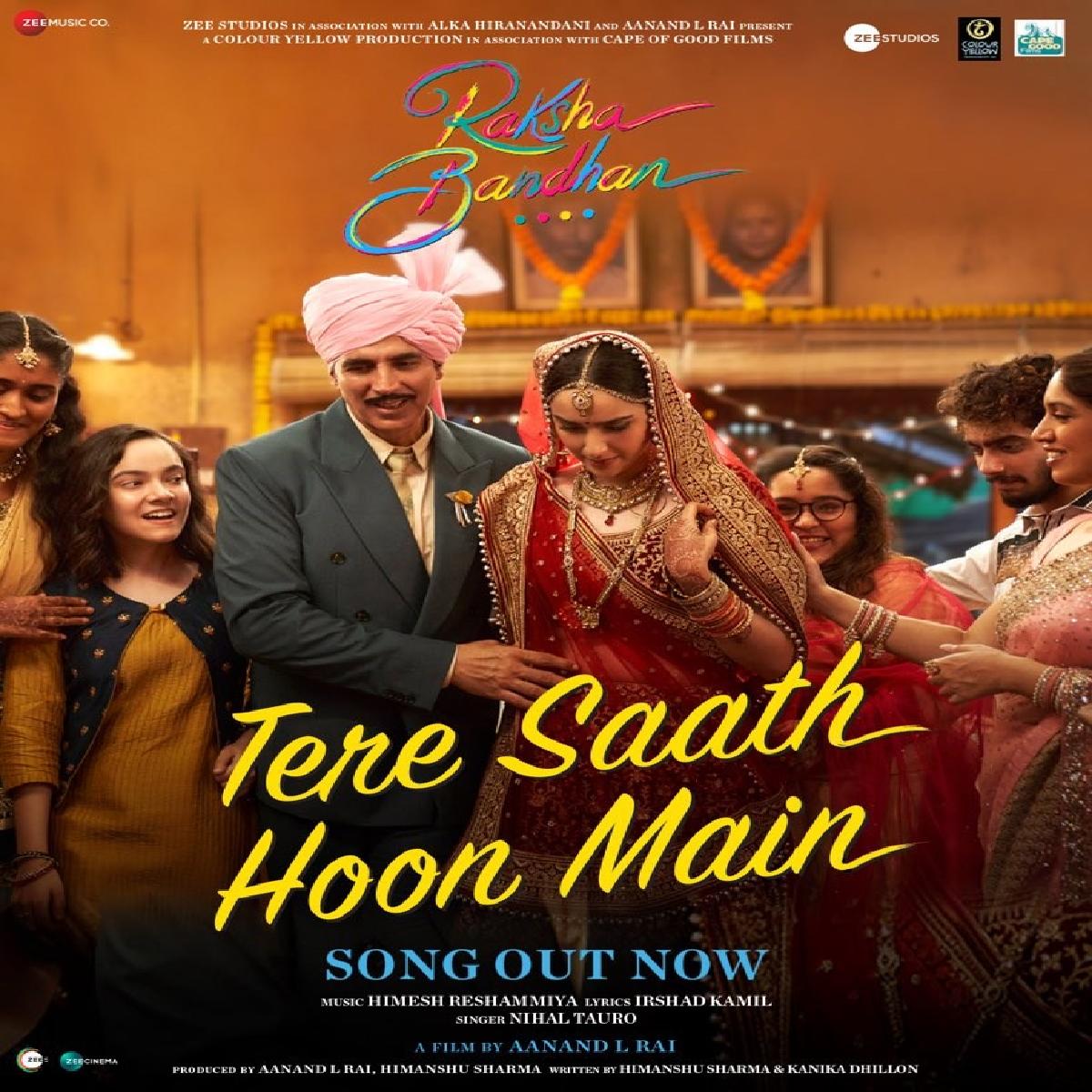 Actor Akshay Kumar starrer Raksha Bandhan revolves around a brother’s unconditional love for his sisters. After an epic trailer, the actor drops the first single from the movie, titled Tere Saath Hoon Main.

Sharing the song on his social media profile, Akshay Kumar wrote, “Siblings never walk through life alone as they have a brother or sister, holding their hand. Celebrate this beautiful bond with our song, #TereSaathHoonMain from #RakshaBandhan out now!  #ReturnToFeelings #RakshaBandhan11August”

The heartfelt number is composed by Himesh Reshammiya, it is written by Irshad Kamil, crooned by Nihal Tauro and choreographed by Vijay Ganguly.

The song is an emotional number which speaks volumes about the unwavering bond between the siblings and their unconditional love. The song shares the some overwhelming moments for a brother as his sister is getting married.

Raksha Bandhan is helmed by Aanand L. Rai and produced by Zee Studios, Colour Yellow Productions and Cape of Good Films. The story written by Himanshu Sharma and Kanika Dhillon.

The film will theatrically release on 11 August 2022.    https://Raksha bhandhan

The trailer of Akshay Kumar's new movie, Raksha Bandhan, is out and the first song from the film is now out! The song, Tere Saath Hoon Main, is a tearjerker! Watch the video and find out why the film's song is so special. It is a heart-warming song about the unconditional love between brothers and sisters. Akshay Kumar unveiled the song at the film's premiere event. If yopu're looking for the best fashion clothes then visit the KUIU Promotional Code. The song is very emotional and speaks volumes about the bond between siblings and how it can be broken when one of them gets married.