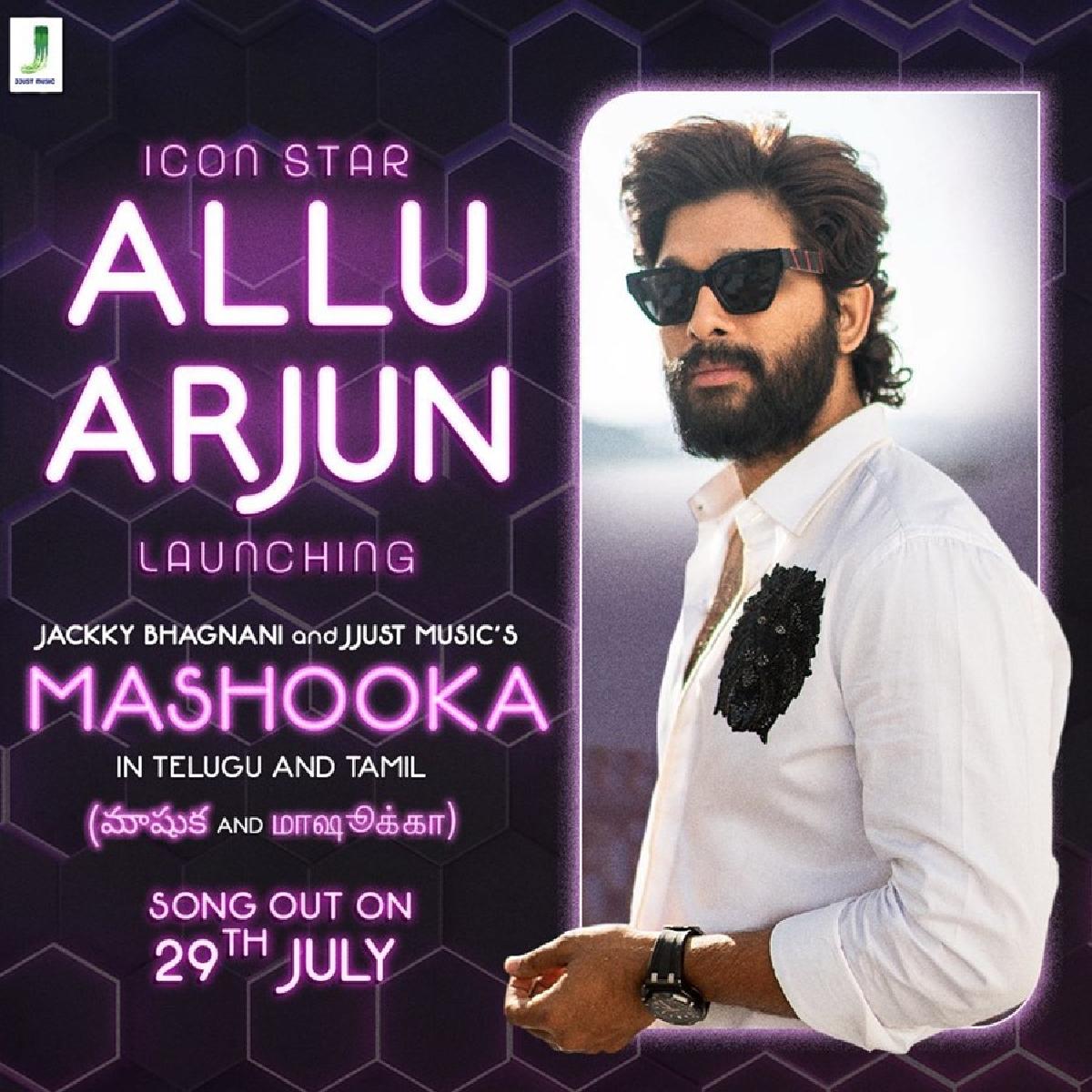 The official handle of Jjust music confirmed the news. It said, “Using Pushpa fire to share the most exciting news of the day with y’all! So excited to share that we have none other than @alluarjunonline launching #Mashooka in Telugu and Tamil on 29th July! @rakulpreet @jackkybhagnani

Jackky Bhagnani is venturing into multi-lingual Pan Indian independent music space with the new single, which is crooned by Asees Kaur, Aditya Iyengar and Devansh Sharma aka Viruss. The music video is helmed by Charit Desai.

In the video, Rakul is seen in a scintillating, never-seen-before avatar, the Hindi version has garnered a lot of praise from audiences. The music video is vibrant and holds a massive production value, which is rare for music-videos.

Meanwhile on the work front, Rakul Preet Singh who was last seen in Attack and Runway 34, will soon be seen in series of releases, such as Indian 2, Ayalaan, Thank God, Doctor G, Chhatriwali Mission Cinderella and bilingual drama titled 31 October Ladies Night