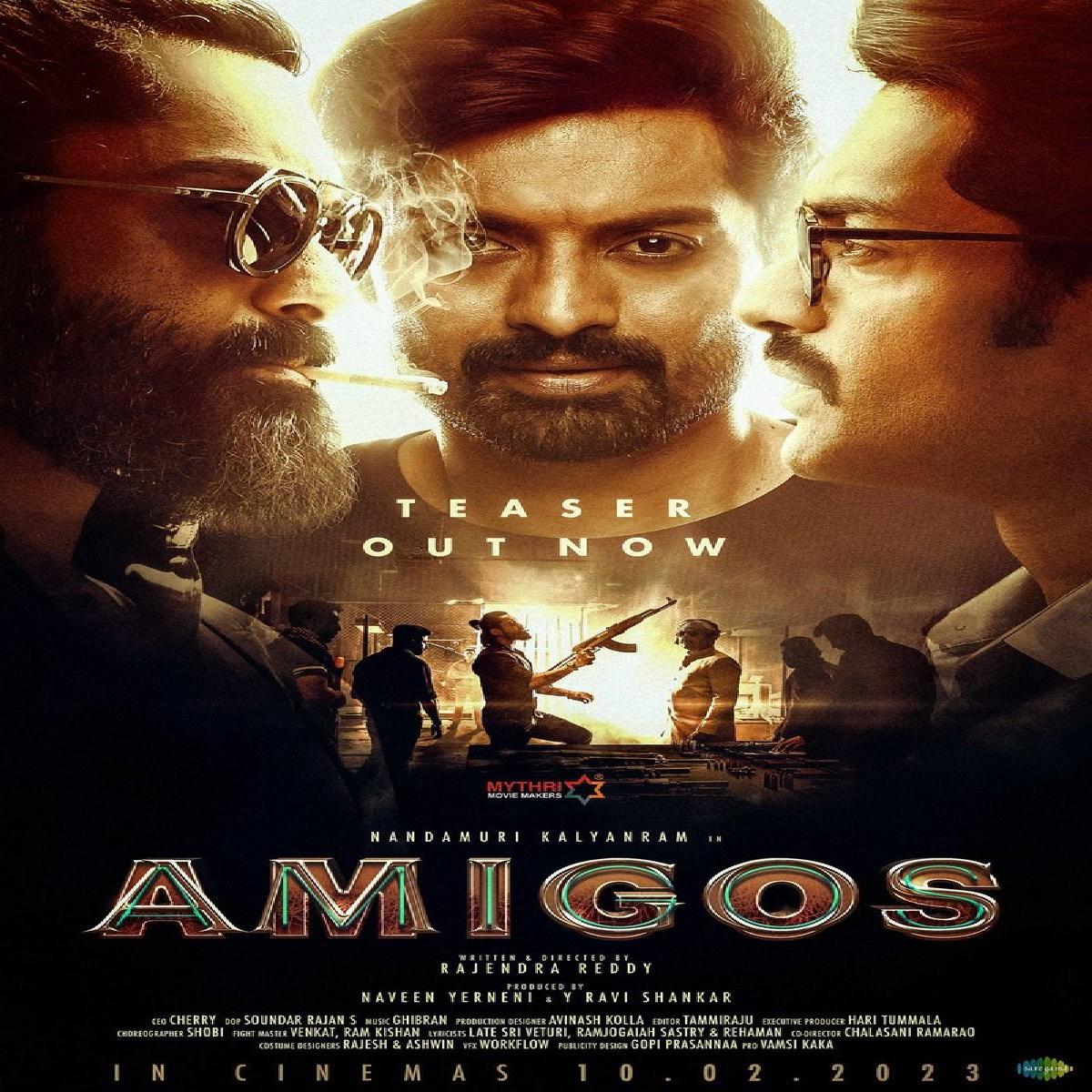 Actress Ashika Ranganath dropped the teaser on social media. She captioned her post, “Teaser is outttttt, Super excited for this one, A tale of 3 Doppelgangers #AmigosTeaser out now! #Amigos In cinemas from Feb [email protected] @AshikaRanganath #RajendraReddy @GhibranOfficial @MythriOfficial @saregamasouth”

The teaser looks interesting, where Michael from Kolkata finds his doppelganger, an innocent guy. Later they find another identical person. They all met together and planned something mysterious. What’s that? How is Michael aware of his doppelgangers? What’s the film all about? The trailer might give more details about the film’s plot.

Nandamuri Kalyan Ram plays three different characters and it is confirmed that the film is an action thriller with a lot of action sequences.

Ghibran is the music director of this movie, scheduled to release on February 10, 2023.