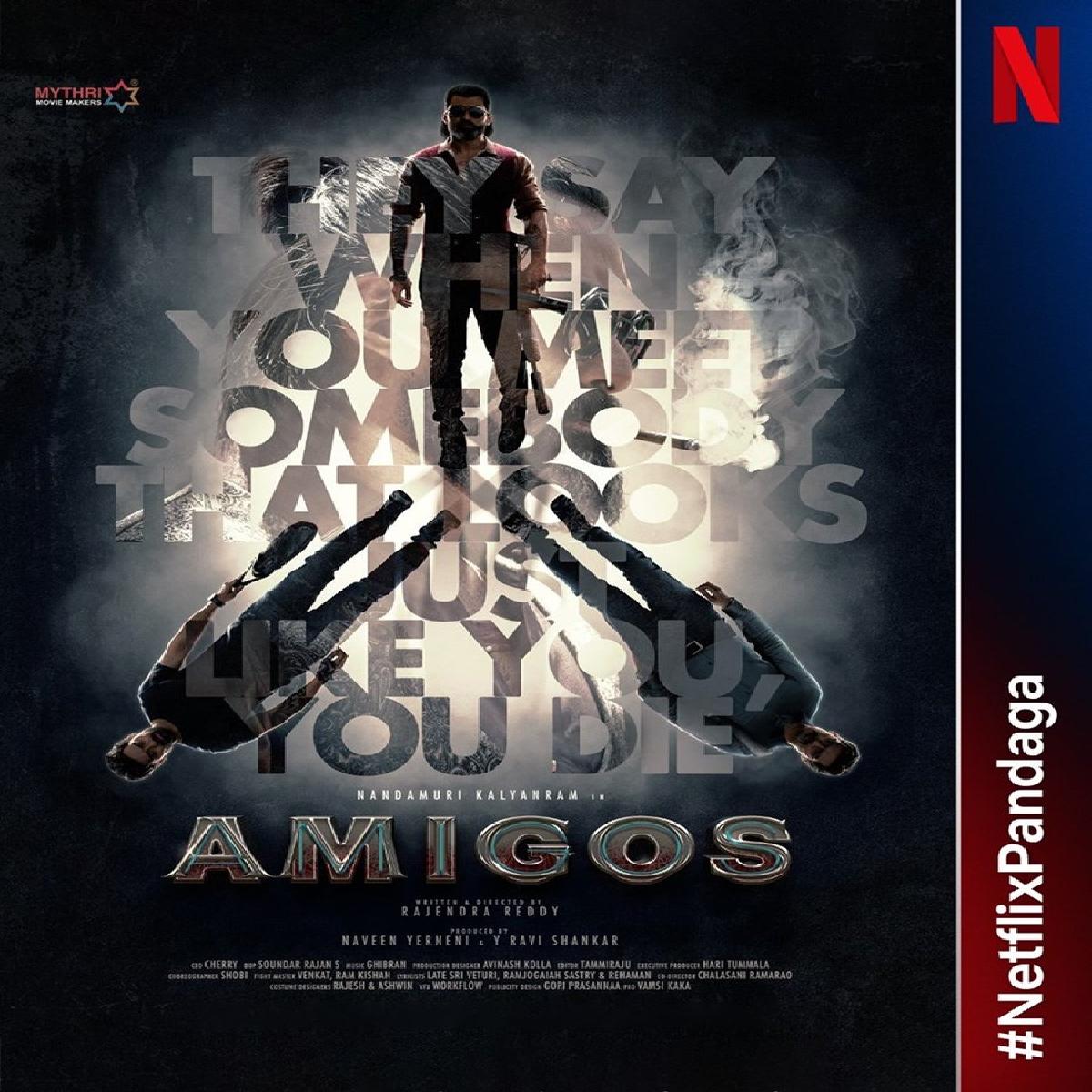 The official handle of Netflix India South shared a poster and wrote, “Brb, making sure we don't have any doppelgangers because truth be told, we're terrified!   Amigos is arriving soon on Netflix in Telugu, Tamil, Malayalam and Kannada as a post theatrical release!  #NetflixPandaga #Amigos #NetflixLoEmSpecial @Netflix_INSouth @ClapEntrtmnt  @MythriOfficial @Filmkaravan”

Nandamuri Kalyan Ram plays three different characters and it is confirmed that the film is an action thriller with a lot of action sequences.

Ghibran has provided the music for the film, with S Soundarrajan and Tammiraju serving as the Director of Photography and editor, respectively.