Amitabh Bachchan As Amit Shrivastava In Uunchai, First Look Out 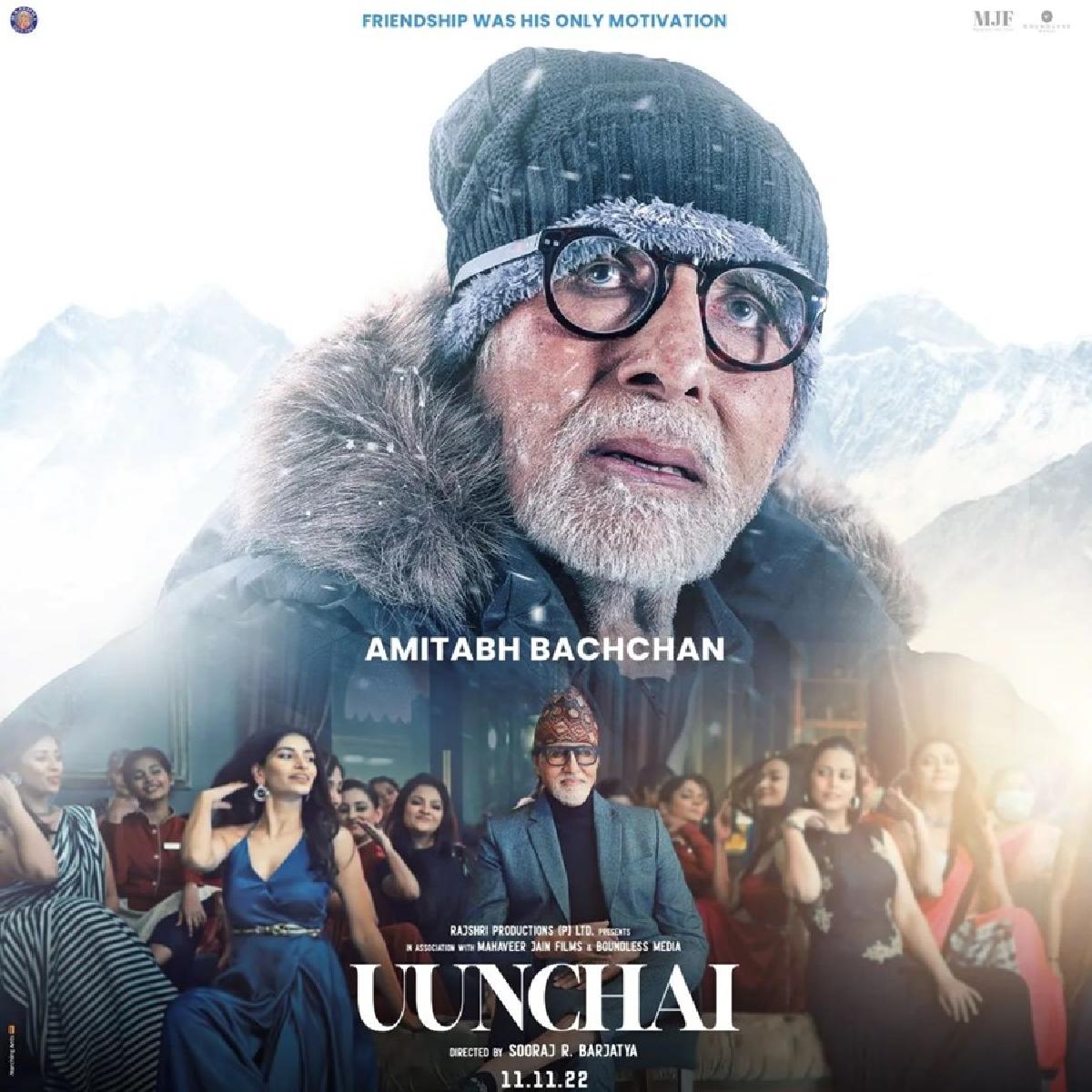 filmmaker Sooraj Barjatya’s home banner Rajshri Productions unveils the first look poster for Amitabh Bachchan from the forthcoming Uunchai, he will be seen playing the role of Amit Shrivastava.

The poster depicts the two sides of Amitabh. One is seen sitting in the backdrop of a hilltop amid a mesmerising view of the Himalayas. On the other hand, he seems to be the centre of attraction for all the women around him.

The film marks the directorial comeback of Sooraj Barjatya after his 2015 family drama 'Prem Ratan Dhan Payo' which starred Salman Khan, Sonam Kapoor and Anupam Kher in the lead roles.

Apart from 'Uunchai', Amitabh is currently enjoying the success of Goodbye, also starring Rashmika Mandanna and Neena Gupta along with Sunil Grover.

Big B will next be seen in 'The Intern' remake with Deepika Padukone. He is also a part of 'Project K'.