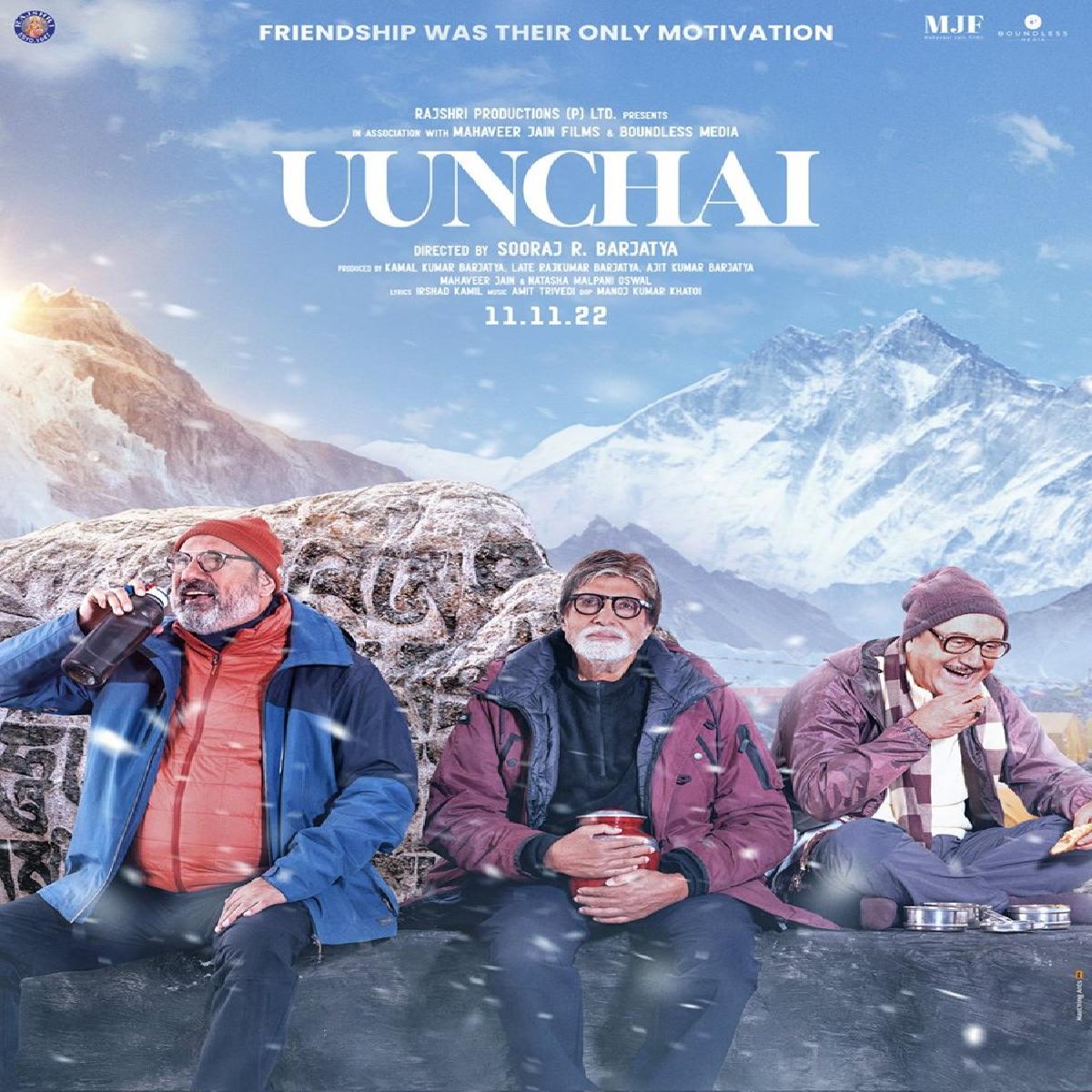 Thespian Amitabh Bachchan unveils the second poster for forthcoming drama Uunchai and reaffirms that the film is saga about friendship and celebrating life and adventure.

Sharing the poster on social media, Amitabh Bachchan captioned it, “Proud to bring to you the second poster of our film #Uunchai. Come watch me and my friends @anupampkher and @boman_irani celebrate friendship, adventure and life with your friends and family! A film by #SoorajBarjatya and @rajshrifilms in association with @mahaveer_jain_films and @boundlessmedia.in, @uunchaithemovie will be in a theatre near you on 11.11.22. Save the Date!”

Produced by Rajshri Productions, Uunchai also stars in pivotal roles. The movie is slated to hit the theatres on November 11.

Helmed by Vikas Bahl, the film Goodbye is a family drama, produced by Ekta Kapoor and Shobha Kapoor and co-produced by Bahl and Viraj Savant, the film is scheduled for theatrical release on 7 October 2022.