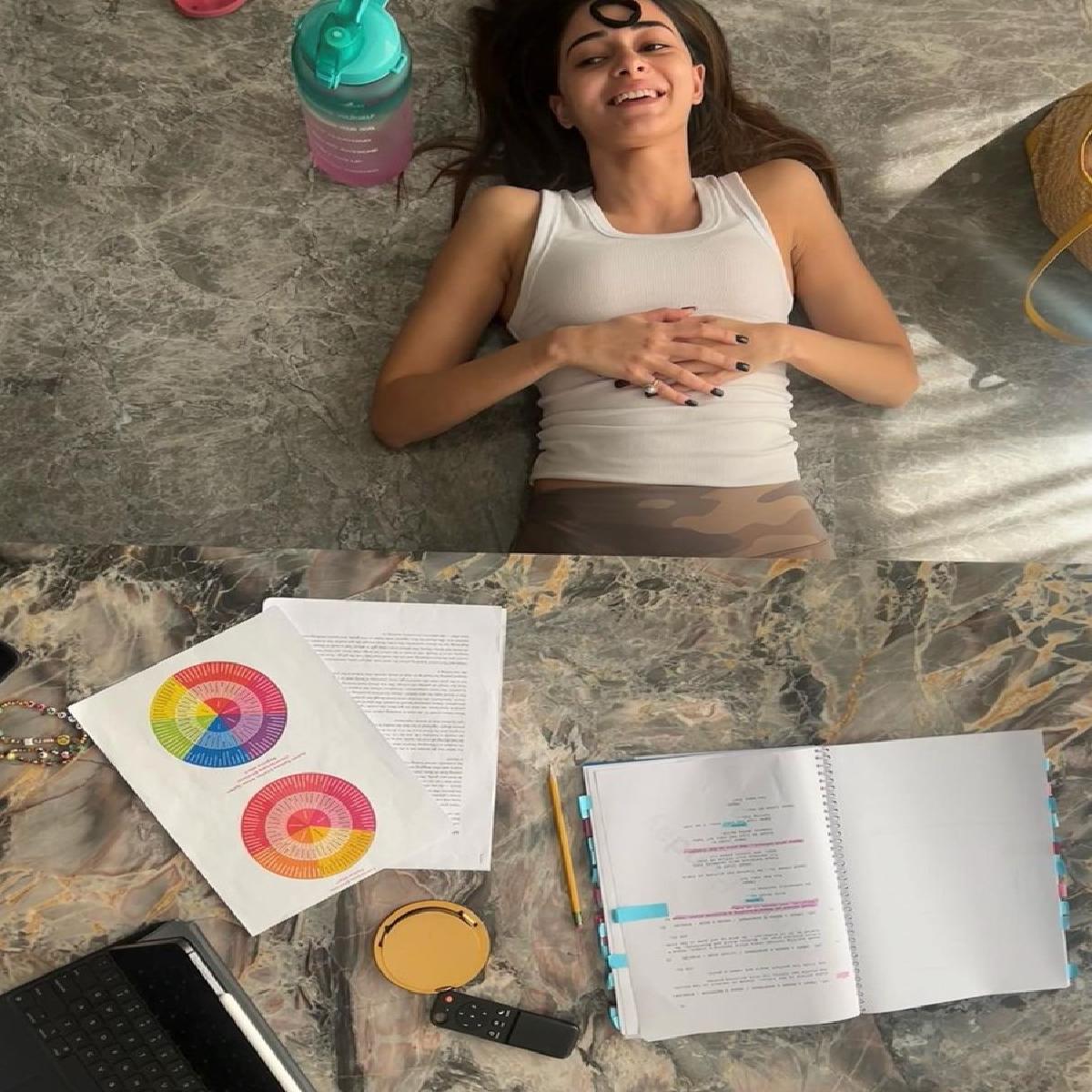 Newbie Ananya Panday, Siddhant Chaturvedi and Adarsh Gourav will be seen sharing screen space for Zoya Akhtar's film Kho Gaye Hum Kahan. Now, as preparations have begun, Ananya has given fans a sneak peek of how she is working on the film.

Sharing a candid picture of herself, laying on the floor with the script open in front of her and some really cool gadgets. She captioned it, “What ‘Kho Gaye Hum Kahan’ prep looks like…clearing going cray waitin 4 u guyz @siddhantchaturvedi @gouravadarsh”
Ananya Panday will be seen with Siddhant and Adarsh in the lead and the announcement had come last year with a video featuring all three together on Jasleen Royal's song.

Besides this, Ananya recently was seen with Siddhant, Deepika Padukone and Dhairya Karwa on Gehraiyaan. Her performance as Tia won the hearts of everyone.
Next, Ananya will be seen in Liger with Vijay Deverakonda, the sports action film is written and directed by Puri Jagannadh and Dharma Productions and Puri Connects. The film also stars Ronit Roy and Ramya Krishna play supporting roles.

Boxer Mike Tyson is set to make his acting debut in the Indian cinema with this film. The film will be released in August 2022.