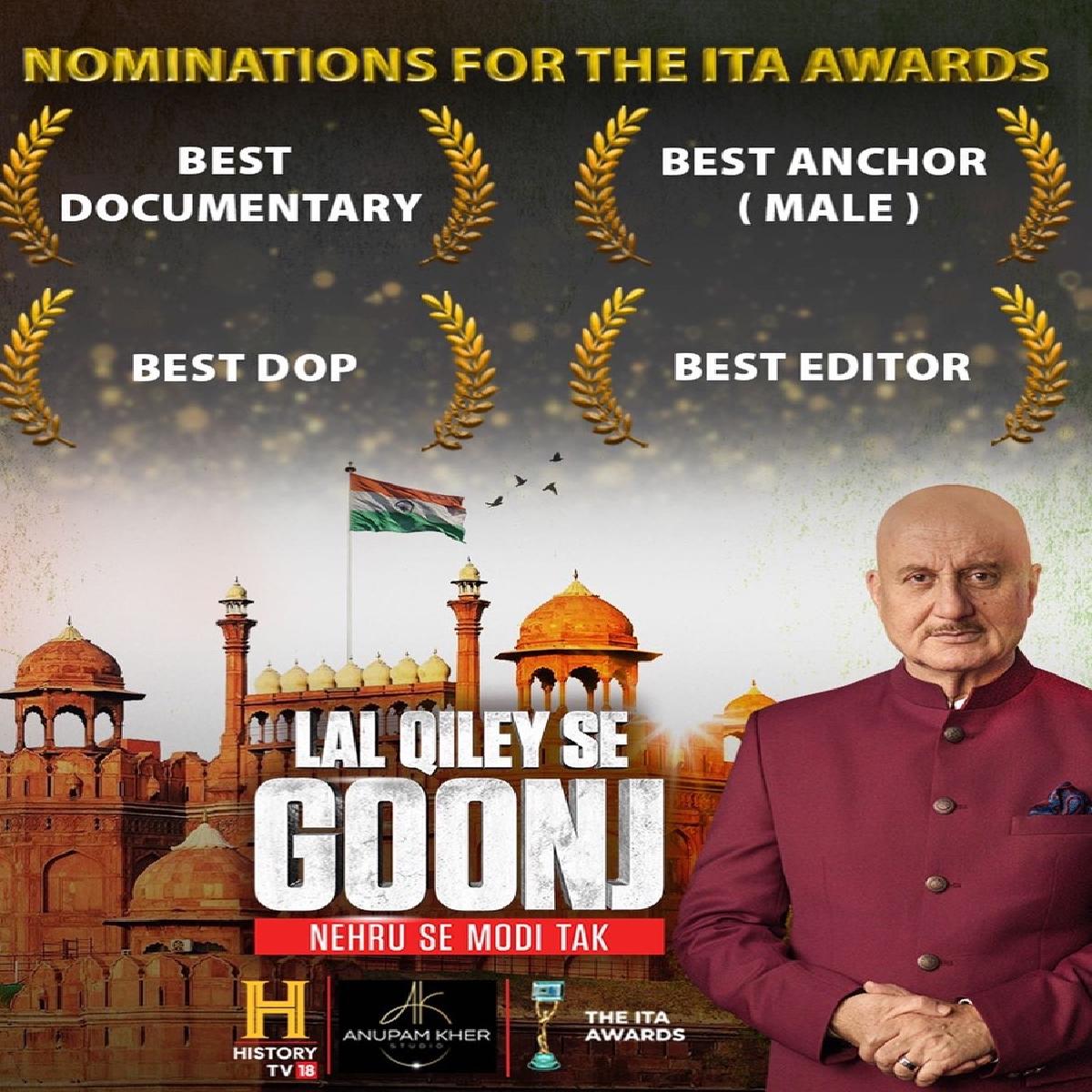 The show delves into the history of independent India through the eyes of the numerous Prime Ministers and now the show bags 4 different ITA Awards.

Sharing the excitement over the win, Anupam Kher took to his social media profile and wrote, “Happy to share that #AnupamKherStudio won all the four awards we were nominated for. For our documentary #LalQileySeGoonj at the @theitaofficial. Proud of our team. Thanks to jury for this great honour! Jai Ho! #KuchBhiHoSaktaHai #Documentary  @anupamkherstud1 @HISTORYTV18”

The show delves deep into independent India’s history through the speeches of some of the key Prime Ministers of India. Analysing the policies and decisions that were taken–or not taken–by them, ultimately altering the course of our nation, Kher also discusses the formation of the nation that stands today as the largest democracy in the world.

Meanwhile on the work front, actor Anupam Kher has a series of releases, such as The Signature, Shiv Shastri Balboa, IB71, Nautanki, Kuch Khattaa Ho Jaay, Kaagaz 2 and Emergency.