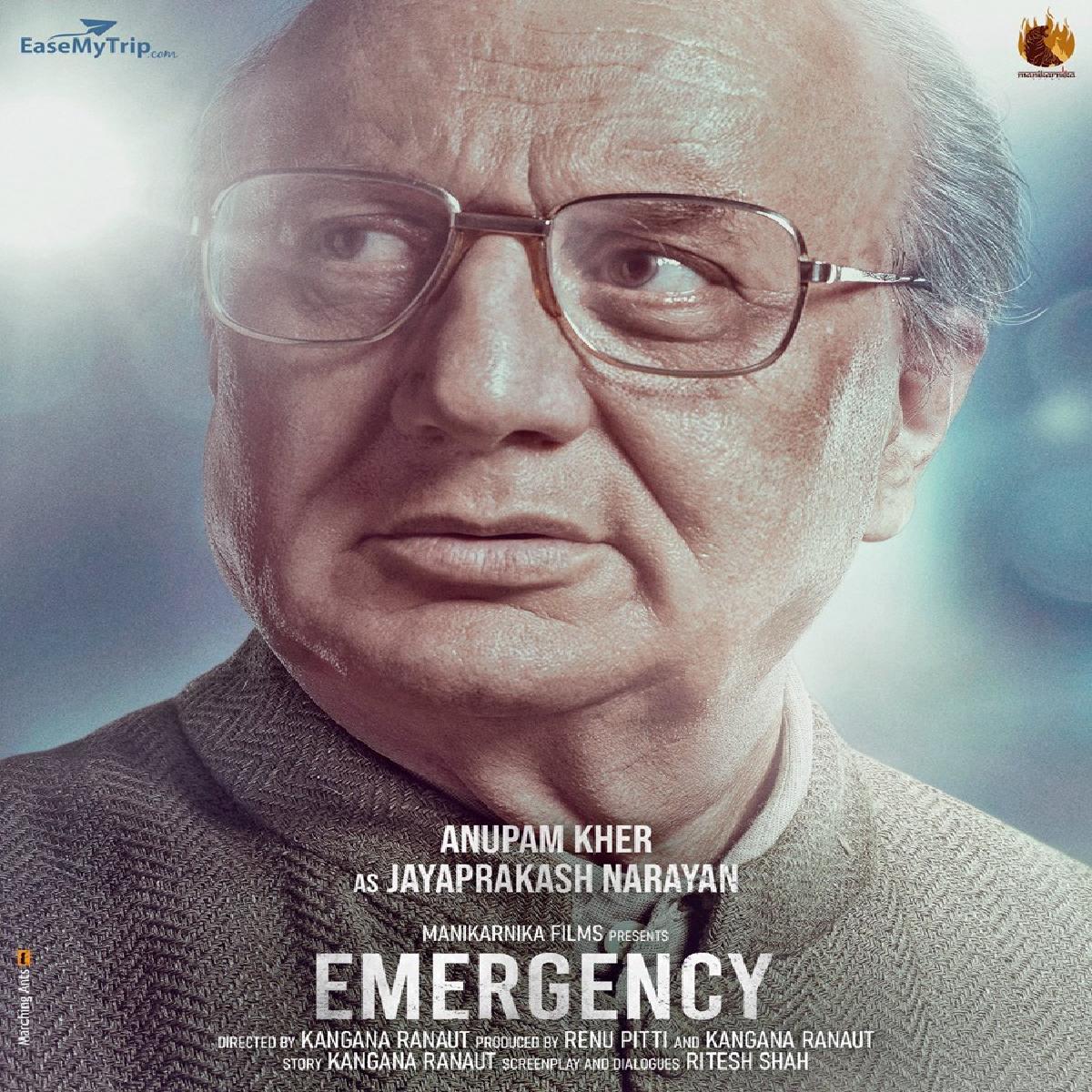 The first look character poster for Anupam Kher as JP Narayan from the forthcoming Emergency is out.

Anupam Kher has joined Kangana Ranaut’s upcoming directorial ‘Emergency’. He will step into the shoes of social activist and politician JP Narayan in this political drama, which stars Kangana in the role of former Prime Minister of India, Indira Gandhi.

Sharing the news and unveiling the first look poster on his social media, Anupam Kher wrote, “BIG: Happy and proud to essay the role of the man who questioned fearlessly, a rebel in the truest sense of the word, #JayaPrakashNarayan in @kanganaranaut starrer and directorial next

Kangana will call the shots for ‘Emergency’, whose screenplay and dialogues are by Ritesh Shah.

Sharing the same, Kangana Ranaut wrote, “If there is darkness there is light if there is Indira there is JayaPrakash…Presenting @anupampkher as the people's hero, Lok Nayak JayaPrakash Narayan. #Emergency”

This political saga will focus on the emergency declared in India between 1975 to 1977. The shooting for the film has started, it is slated for 2023 release.