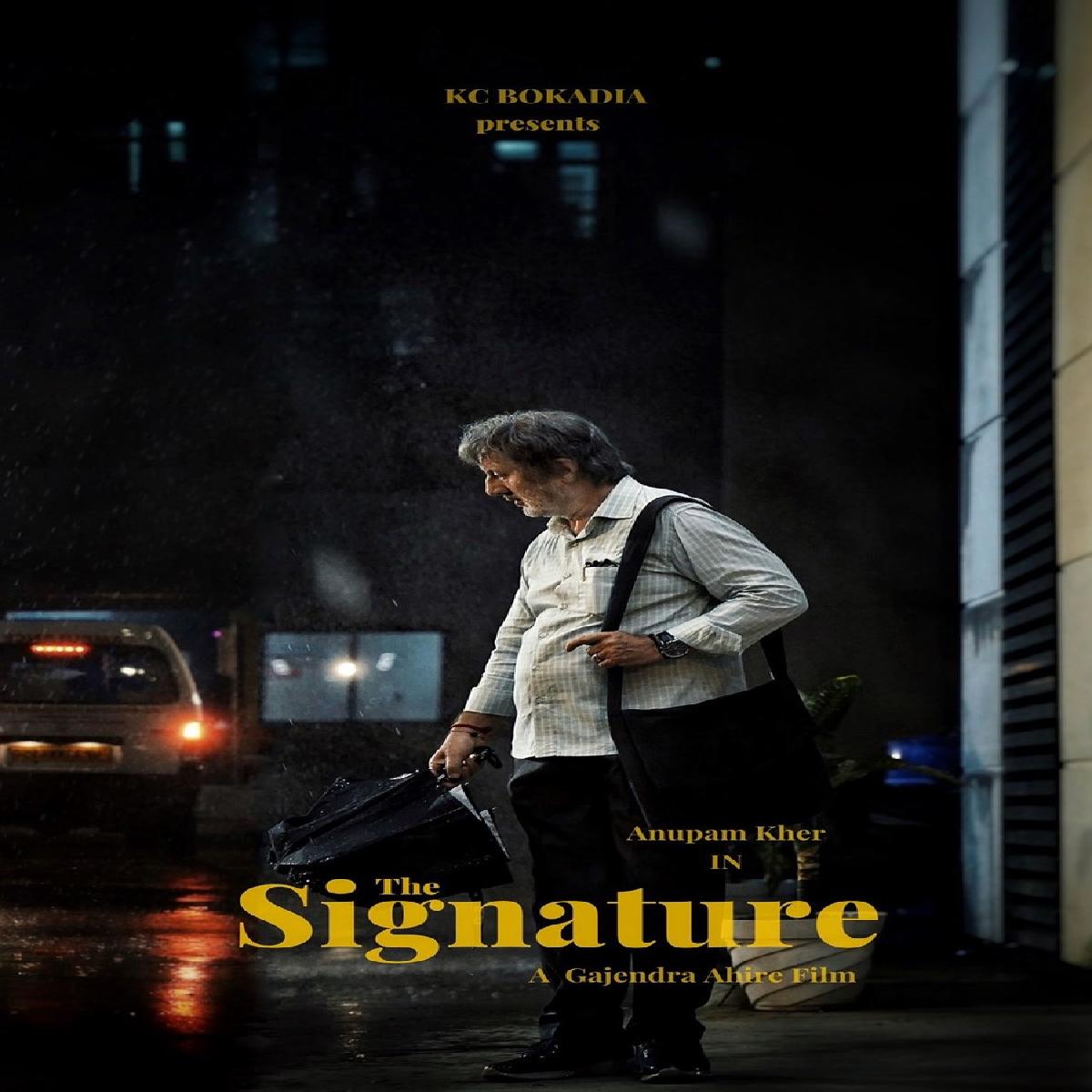 Actor Anupam Kher wraps the shoot of his 525th movie titled The Signature and unveils the first look poster for the same.

Dressed in a white shirt paired with black trousers, Anupam Kher looks man and tired in the poster. He can be seen holding a bag on his left shoulder as he also holds an umbrella in his other hand.

The Signature also stars Mahima Chaudhry, Ranvir Shorey, Neena Kulkarni, Manoj Joshi, and Sneha Paul among others. The film is directed by Gajendra Ahire and is produced by KC Bokadia.

He is also shooting for IB71 along with Vidyut Jammwal. The film is directed by Sankalp Reddy and is a spy-thriller that revolves around the India-Pakistan war of 1971.