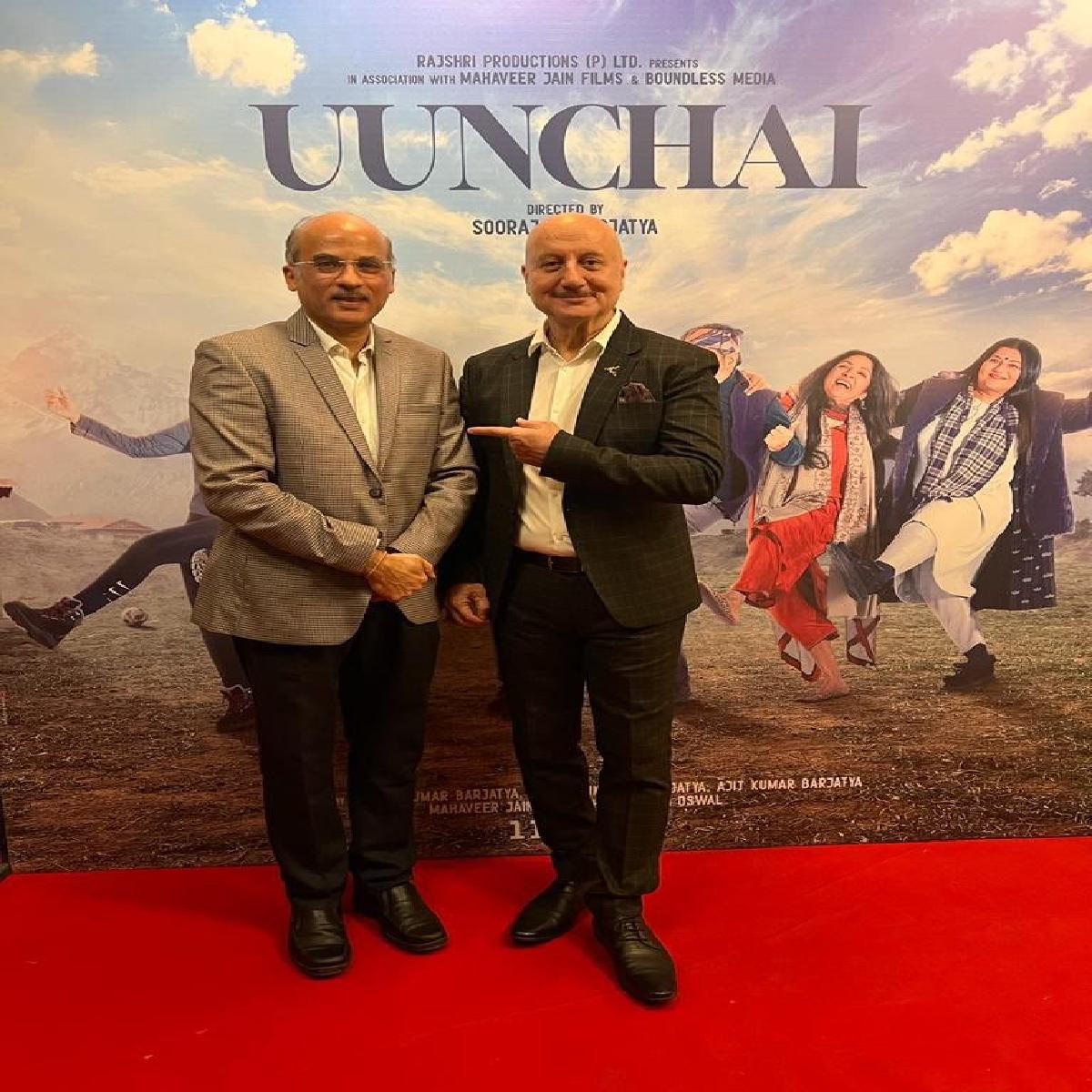 Anupam Kher made his acting debut with Saaransh some 38 years ago, the film was made by Rajshri Productions. Filmmaker Sooraj Barjatya was an assistant to Mahesh Bhatt during the making of the film.

Rajshri Productions latest venture with marks 75th Anniversary of the leading force in Indian cinema, Uunchai stars some of the biggest and most respected names in the film fraternity, such as Amitabh Bachchan, Boman Irani, Danny Denzopga, Sarika, Neena Gupta and Anupam Kher.

The film is helmed by Sooraj Barjatya, it revolves around four senior friends enjoying their lives, when one of the friend passes away and other three, in order to honour his wishes, decides to climb Mount Everest.

Sooraj Barjatya is making his comeback to direction with Uunchai since Prem Ratan Dhan Payo (2015). A family drama like all Rajshri films which revolves around the friendship of senior citizens, the film is jointly produced by Rajshri Productions, Boundless Media, and Mahaveer Jain Films.

The film opens in theatres from 11th November 2022.