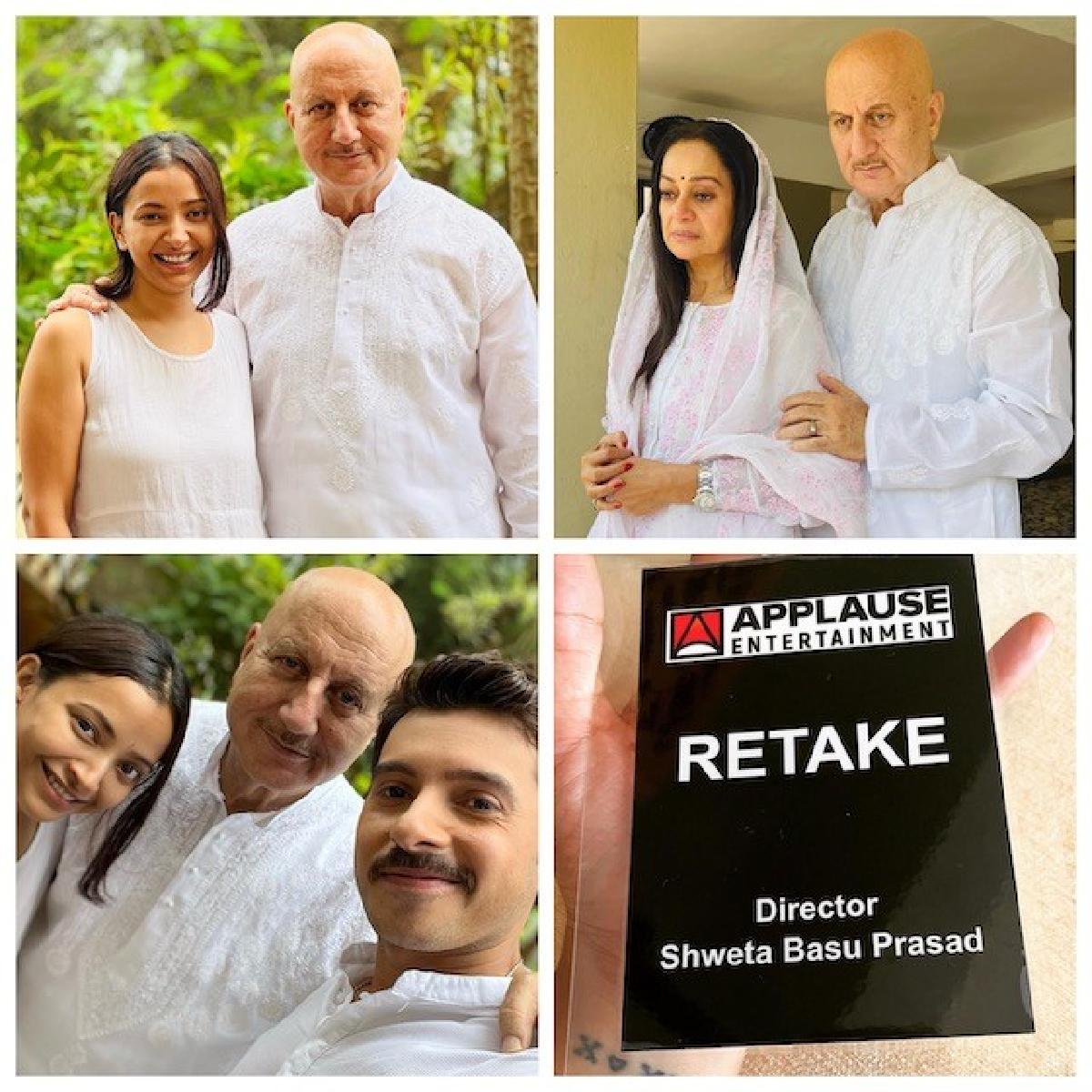 Veteran actor Anupam Kher is on the roll, completes his 530th film, a short film titled Retake, helmed by none other than actor turned director Shweta Basu Prasad.

Sharing the series of stills with director and crew of the film, Anupam Kher took to his social media and wrote, “My 530th project is a short film titled #Retake. Written and directed by the extremely talented @shwetabasuprasad11 and produced by @applausesocial!”

“It is a joy to work with #ZarinaWahab #DivyennduSharma #Danishhusain and the enthusiastic young team. Loved working with them! Thank you friends for your love and warmth. Jai Ho! #Retake #530th #ShortFilm” added Anupma Kher.

Shweta was last seen as a rookie journalist and central protagonist in The Tashkent Files, a suspense drama thriller based on the death of India's Second Prime Minister Lal Bahadur Shastri. She is currently winning praises for role in Disney Plus Hotstar’s series Criminal Justice Season 2.