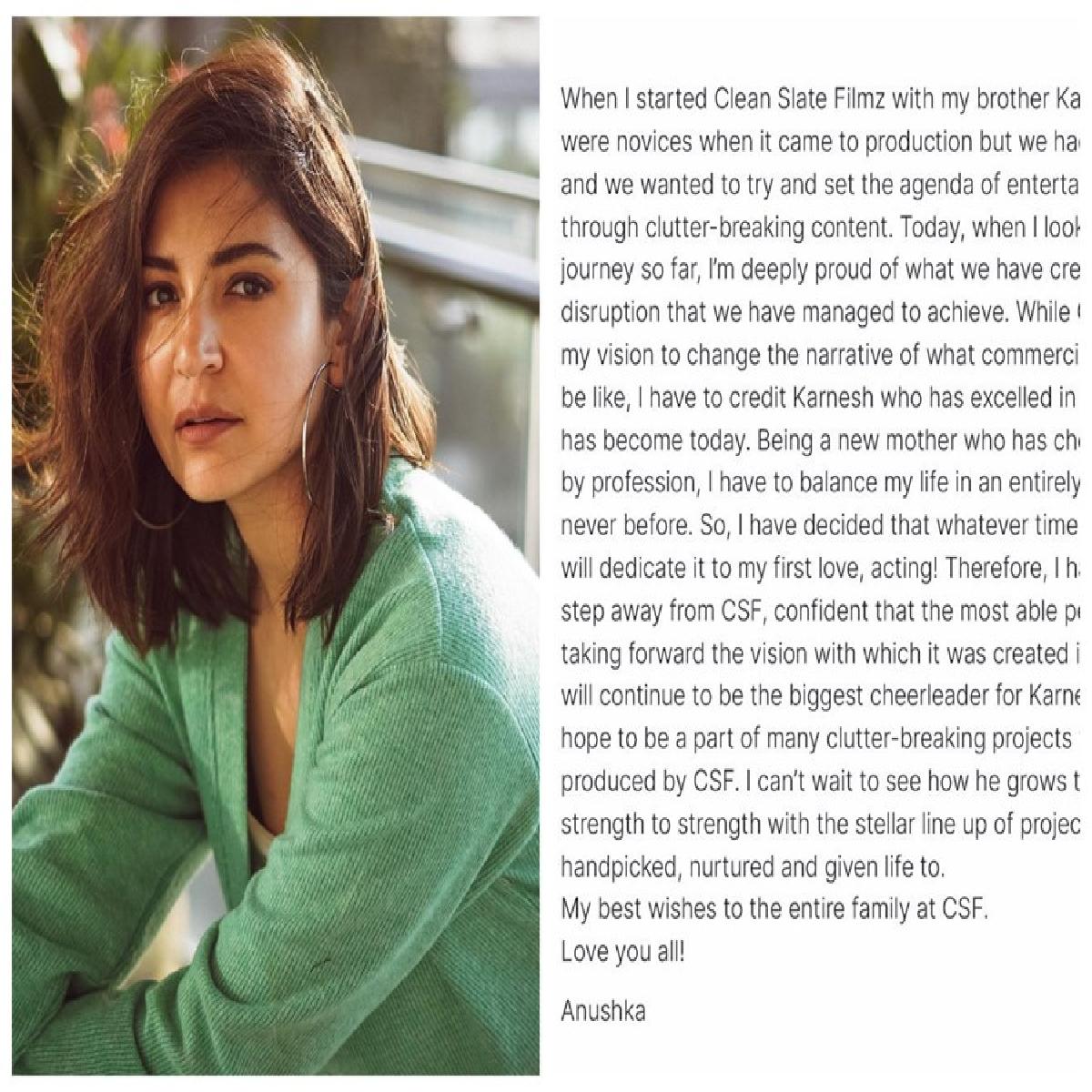 Actress Anushka Sharma ventured into production with Clean Slate Filmz in 2013, along with her brother Karnesh Sharma, and now to prioritize her motherly duties and follow her first passion, acting, she has decided to step away from the company.

The statement read, “When I started Clean Slate Filmz with my brother Karensh Sharma, we were novices when it came to production, but we had a fire in our belly, and we wanted to try and set the agenda of entertainment in India through clutter-breaking content. Today, when I look back to our journey so far, I’m deeply proud of what we have created and the disruption that we have managed to achieve. While CSF started with my vision to change the narrative of what commercial projects should be like, I have to credit Karnesh who has excelled in shaping what CSF has become today. Being a new mother who has chosen to be an actor by profession, I have to balance my life in an entirely new fashion like never before. So, I have decided that whatever time I have at hand, I will dedicate it to my first love, acting! Therefore, I have decided to step away from CSF, confident that the most able person, Karnesh, is taking forward the vision with which it was created in the first place. I will continue to be the biggest cheerleader for Karnesh and CSF and hope to be part of many clutter-breaking projects that would be produced by CSF. I can’t wait to see how he grows the company from strength to strength with the stellar line up of projects that he has handpicked, nurtured and given life to.  My best wishes to the entire family at CSF. Love you all! Anushka”

Clean Slate Filmz, whose first release was Navdeep Singh's thriller NH10 (2015), in which Anushka played the lead role. The production house has released hit movies like Phillauri and Pari, both starring Anushka Sharma. The company also produced hit series such as Paatal Lok and Bulbbul, and will soon release Mai and Qala.