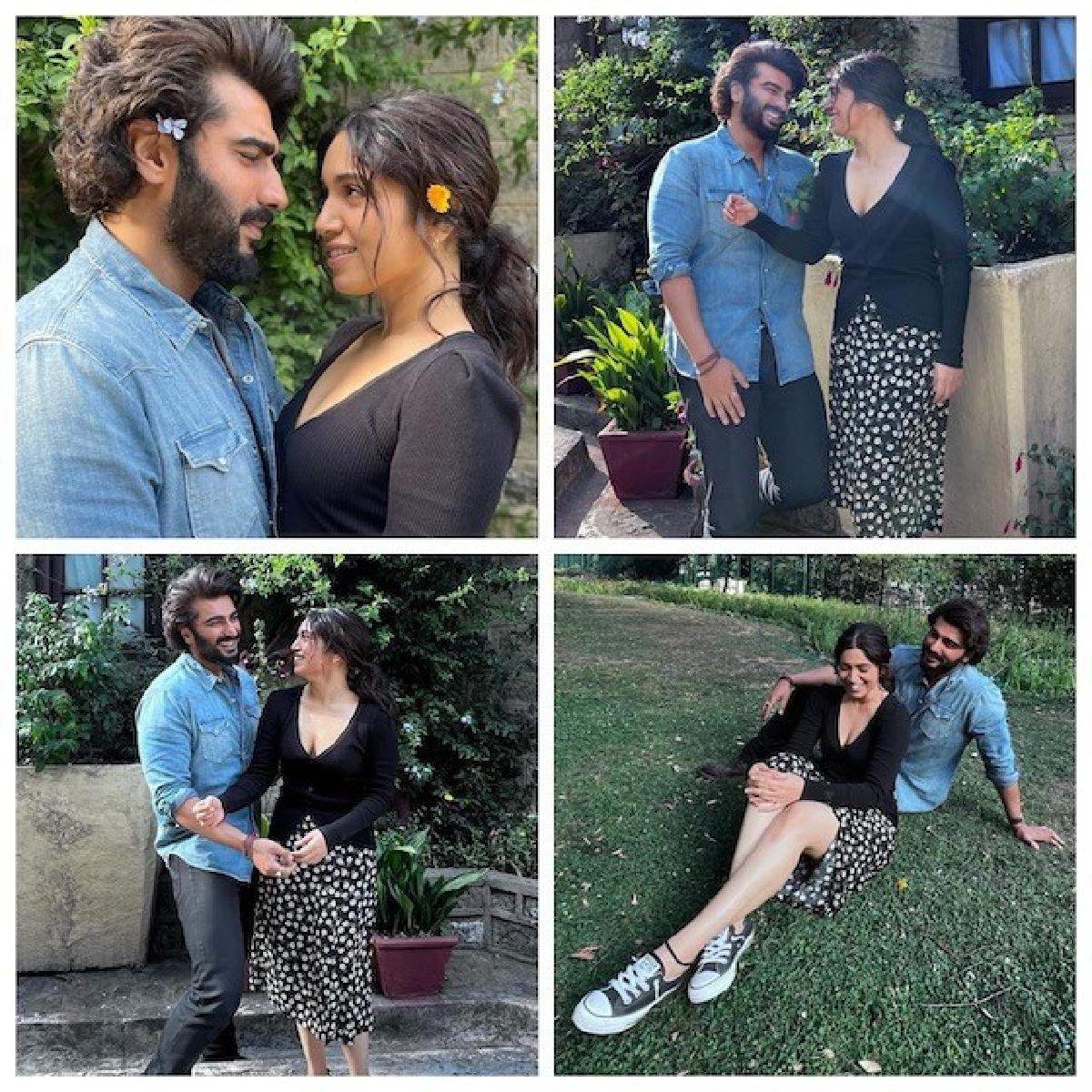 Actor Ajrun Kapoor and Bhumi Pednekar marks 45 days of shooting for The Lady Kille with some adorable posing and getting the groove-on, straight from the sets in Himachal Pradesh.

The Lady Killer is a suspense drama pairing Arjun Kapoor and Bhumi Pednekar for the very first time. The duo shared the same set of pictures on their respective social media handles leaving baffled with their goofy cuteness.

Actor Arjun Kapoor captioned his post, “After 45 days of shoot, a failed attempt at getting some killer ones by The Lady And The Lady Killer - Swipe on for some, #TheLadyKiller #TheLadyAndTheLadyKiller #AkBp @bhumipednekar”

Arjun Kapoor could be spotted in a denim shirt that he teamed with denim jeans, keeping his hair messy. While Bhumi wore a deep neck black t-shirt that she teamed with floral black skirt and black-white trainer shoes. She teamed it with minimal makeup and a sleek ponytail.

The Lady Killer is helmed by Ajay Bahl, the thriller is produced by Bhushan Kumar and Shaaliesh R Singh. The film is slated for 2022 release.

Besides this, Arjun Kapoor is currently gearing up for the release of Ek Villain Returns. He also has Kuttey lined up. On the other hand, Bhumi Pednekar will be seen in Raksha Bandhan with Akshay Kumar, Bhakshak and Govinda Naam Mera.

It looks like Arjun Kapoor and Bhumi Pednekar are getting a little bit goofy on the sets of the upcoming film 'The Lady Killer'. Both of them have been posting pictures and boomerang videos of themselves on their social media accounts, and despite their best efforts, they failed to take a killer picture. If you want to save money on outdoor gears then visit KUIU Coupon Code.