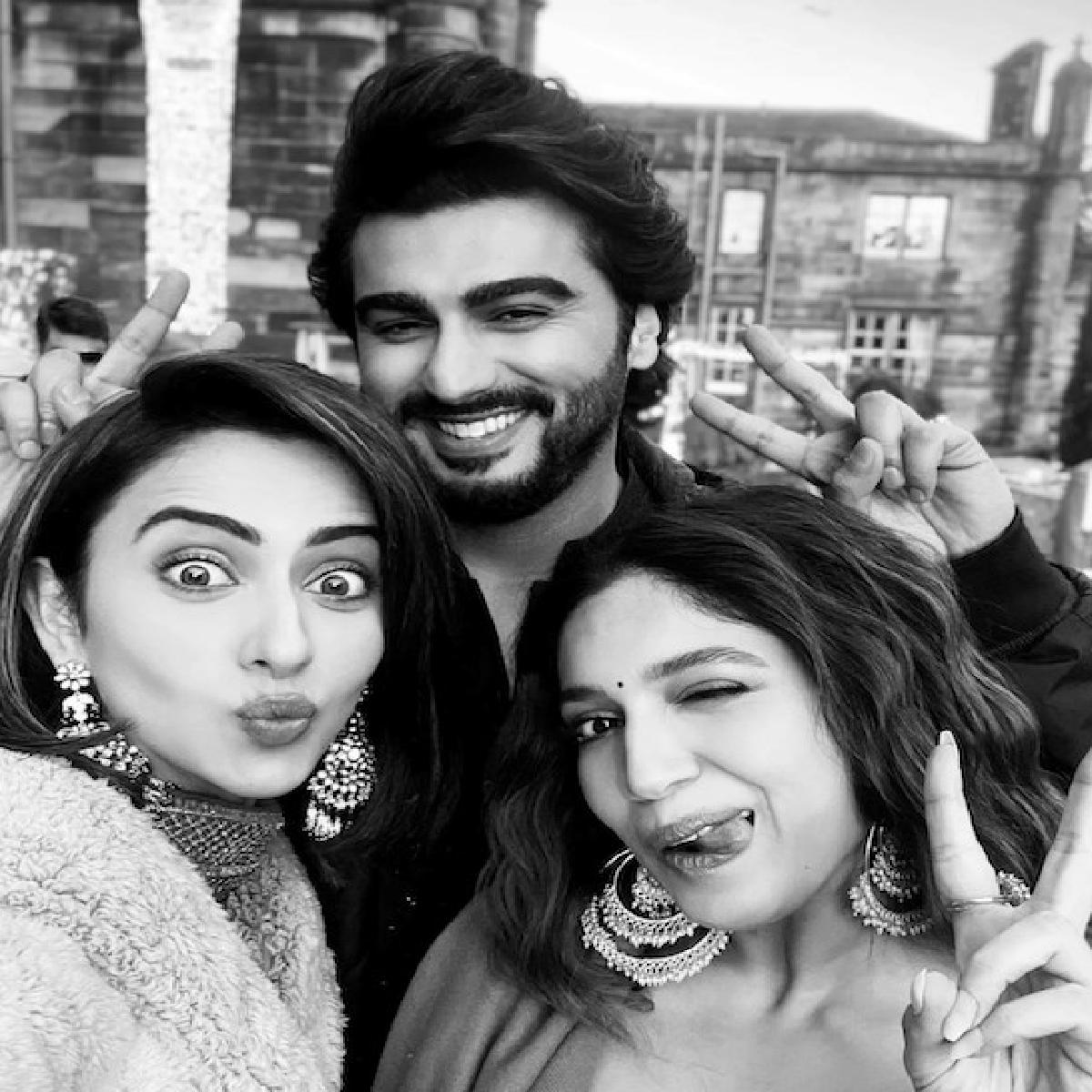 Actor Arjun Kapoor, Rakul Preet Singh and Bhumi Pednekar are coming together for a romantic comedy film directed by Mudassar Aziz for which the trio already jetted off to London to shoot the foreign schedule of the film.

Although an official announcement from the makers of the film is still awaited but the trio has wrapped half of the film.

Interestingly, Arjun and Bhumi will also be seen in director Ajay Bahl’s upcoming film ‘The Ladykiller’.

Bhumi, on the other hand, will be also seen in Karan Johar’s ‘Govinda Naam Mera’ alongside Vicky Kaushal and Kiara Advani, which is set to stream exclusively on the OTT platform Disney+ Hotstar from December 16, 2022.

Rakul will be next seen in RSVP’s next ‘Chhatriwali’.

Arjun Kapoor And Bhumi Pedenkar Getting Goofy On The Lady Killer Sets:https://newsonfloor.com/article/detail/arjun-kapoor-and-bhumi-pedenkar-getting-goofy-on-the-lady-killer-sets-633.htm