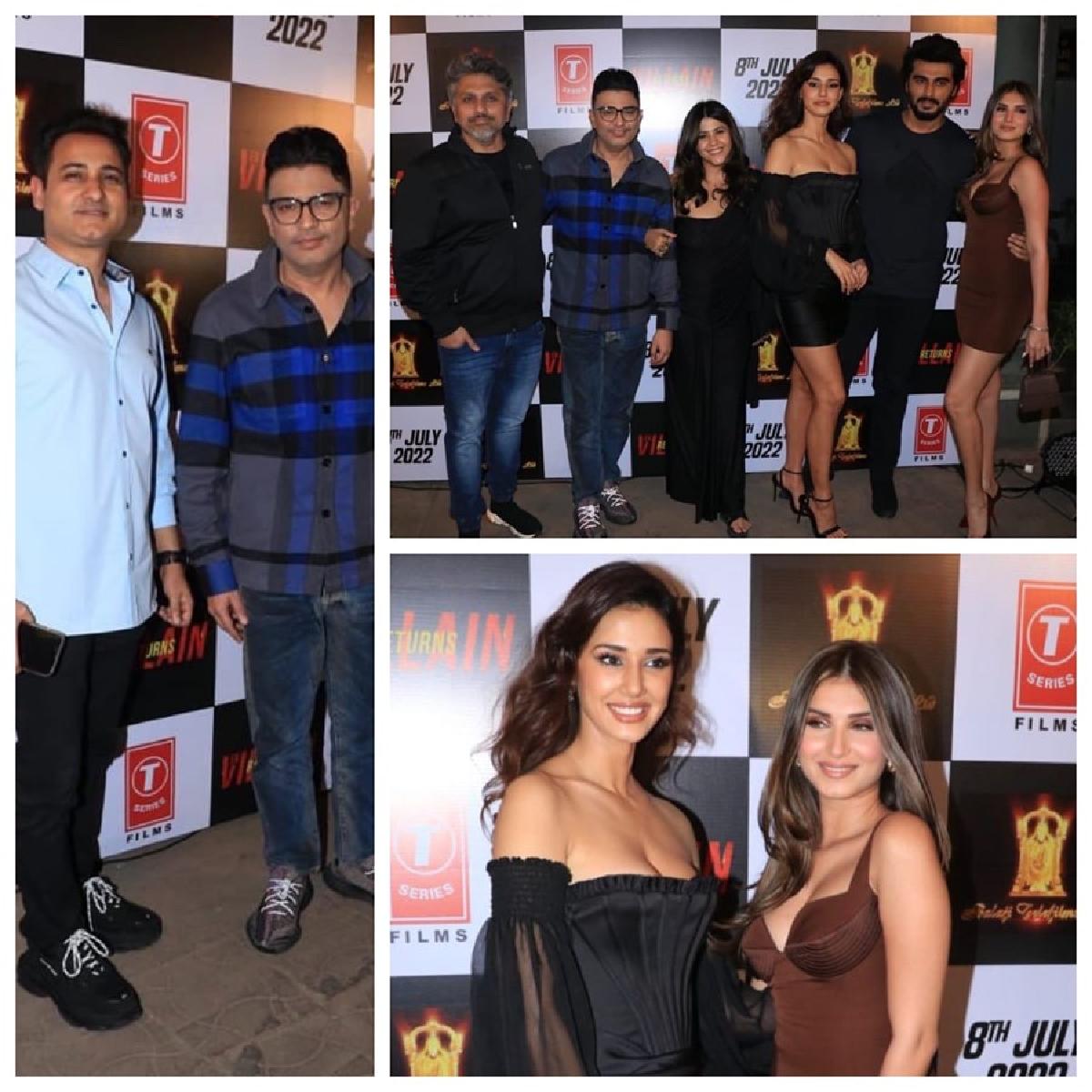 After wrapping the film in Goa, the makers of Ek Villain Returns organized an epic bash here in Mumbai.

Lead actor Arjun Kapoor went for a casual black-on-black outfit. For the evening, Disha Patani opted for a black, cold-shoulder dress with puff sleeves. Stunner Tara was seen in a brown-fitted dress with a matching micro bag and heels.

Actor John Abraham passed the wrap-up party, as he is busy promoting his new movie Attack.

The movie is directed by Mohit Suri and jointly produced by T-Series and Balaji Telefilms. The multi-starrer film has some high octane action pieces along with major twists in its plot, and much like its predecessor, the music of the film is also one of the most anticipated albums of the year.

'Ek Villain Returns' is the sequel of the 2014 Bollywood film 'Ek Villain' which featured Sidharth Malhotra, Shraddha Kapoor, and  Riteish Deshmukh in the lead roles.

Vaani Kapoor Join Be The Change For TB Initiative, Unveils An Anthem