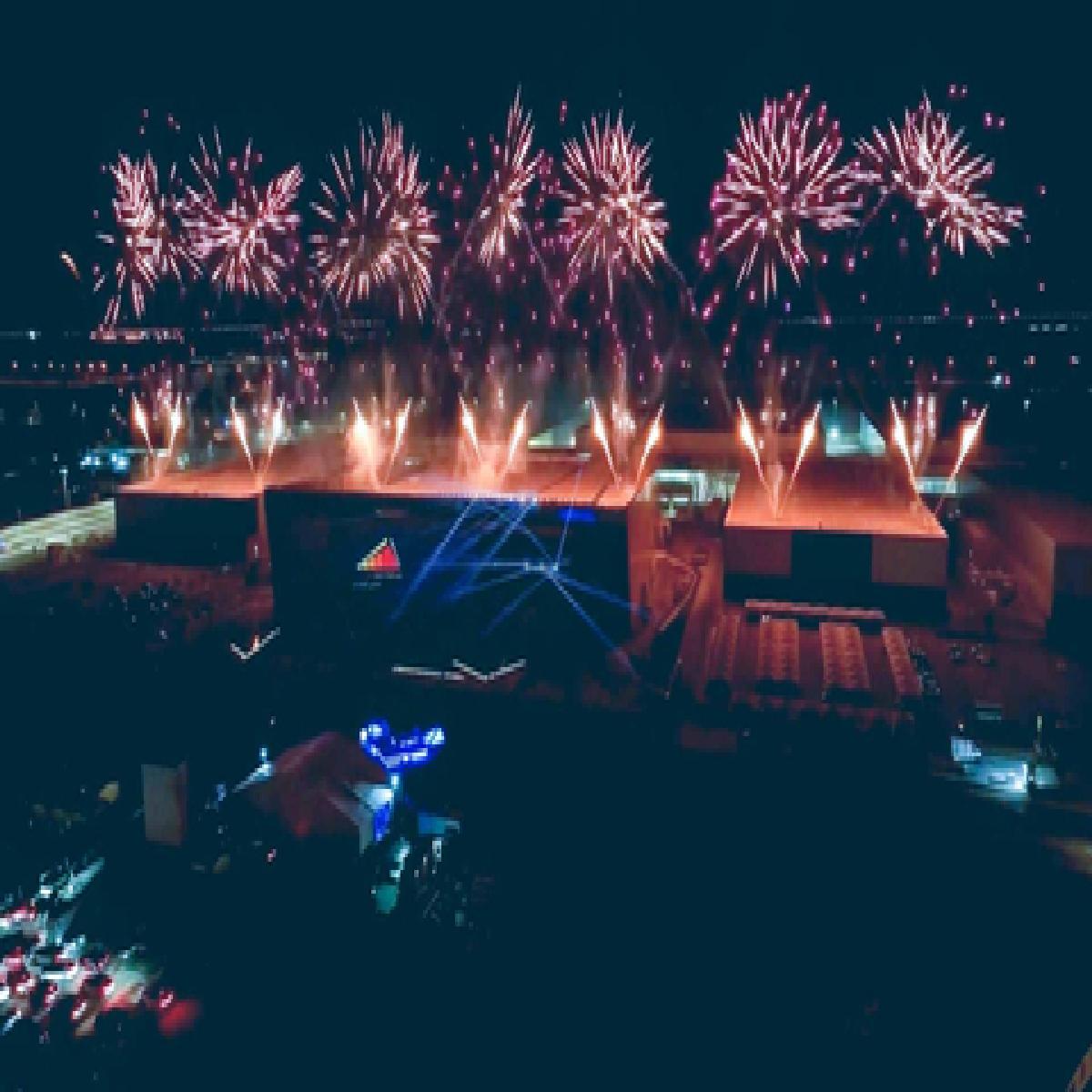 ASM Global, the world’s leading venue management company and producer of live experiences, has made history with the spectacular firework-laden inauguration ceremony of the 950,000-square-foot Exhibition World Bahrain—the largest exhibition centre in the Middle East.

The Kingdom’s Exhibition World is one of the most contemporary such venues in the world. Its launch is a milestone in the Kingdom’s economic development and is expected to play a key role in advancing the economic competitiveness and positioning of Bahrain as a major global destination for regional and international conventions.

The venue joins ASM Global’s portfolio of more than 350 venues around the world and kicks off the company’s post-pandemic convention growth initiative.

ASM Global’s President and CEO Ron Bension said, “This moment is the culmination of our plan developed during the pandemic leveraging our belief that this part of the world would be the quickest to not only return to normal but move quickly to dramatically increase its convention and exhibition market share.

“We’re also looking forward to leveraging the widest network in the world within the MICE industry to create unique experiences built on years of expertise.”

HRH Prince Salman bin Hamad highlighted the importance of competitiveness as a fundamental element of the kingdom’s economy, which has bolstered investments, promoted economic progress and created quality opportunities for citizens. He also noted that tourism remains a leading economic sector, adding that the sector's growth has been a key driver of the kingdom’s comprehensive development, led by His Majesty the King.

During the ceremony, Bahrain Tourism Minister H.E. Fatima Al Sairafi noted the kingdom’s longstanding history in being a destination linking the east and west for trade, which has furthered its position as a global tourist destination. She added that the inauguration of the venue reflects the kingdom’s commitment to expanding cross-sector development in line with Bahrain's sustainable development goals.

Exhibition World Bahrain is unique for its adaptable and flexible design, featuring 10 halls with a combined total of 95,000 sqm. The spectacular Grand Hall has a capacity of 4,000 seated guests and is supported by 94 meeting rooms as well as 25 F&B and retail outlets throughout the exhibition concourse. The centre’s spacious design enables it to host a number of events simultaneously, making it an attractive location for local, regional and international exhibitions, conventions, galas, weddings, concerts, sports, and live entertainment events.

Exhibition World Bahrain is owned by the Bahrain Tourism and Exhibitions Authority (BTEA), which plans to utilize ASM Global’s wider network within the MICE industry to create unique experiences built on years of expertise.

ASM Global APAC and Gulf Region Chairman and Chief Executive Harvey Lister AM congratulated BTEA on the inauguration of Exhibition World Bahrain, one of the Middle East’s largest exhibition and convention centres.

“ASM Global is proud to be working in partnership with BTEA helping to ensure Bahrain will be at the forefront of attracting tourism investment, international conventions and exhibitions and world-class live events to the Gulf region,” Lister said. “This iconic landmark venue will further position Bahrain as an international destination, helping to drive diversification of growth, benefiting the local economy and further enhancing the kingdom’s global standing.”

Exhibition World Bahrain General Manager Dr Debbie Kristiansen said she was extremely proud of her dedicated and committed team and their passion and determination to “give back” to the beautiful country of Bahrain, helping to create long-term legacies for the future. Dr Kristiansen highlighted the importance of mentoring and building the talent and skillset of young Bahrainis describing it as a “privilege.”

ASM Global is the world’s leading producer of entertainment experiences. It is the global leader in venue and event strategy and management—delivering locally tailored solutions and cutting-edge technologies to achieve maximum results for venue owners. The company’s elite venue network spans five continents, with a portfolio of more than 350 of the world’s most prestigious arenas, stadiums, convention and exhibition centres, and performing arts venues. Follow us on Facebook, Instagram, Twitter and LinkedIn. asmglobal.com