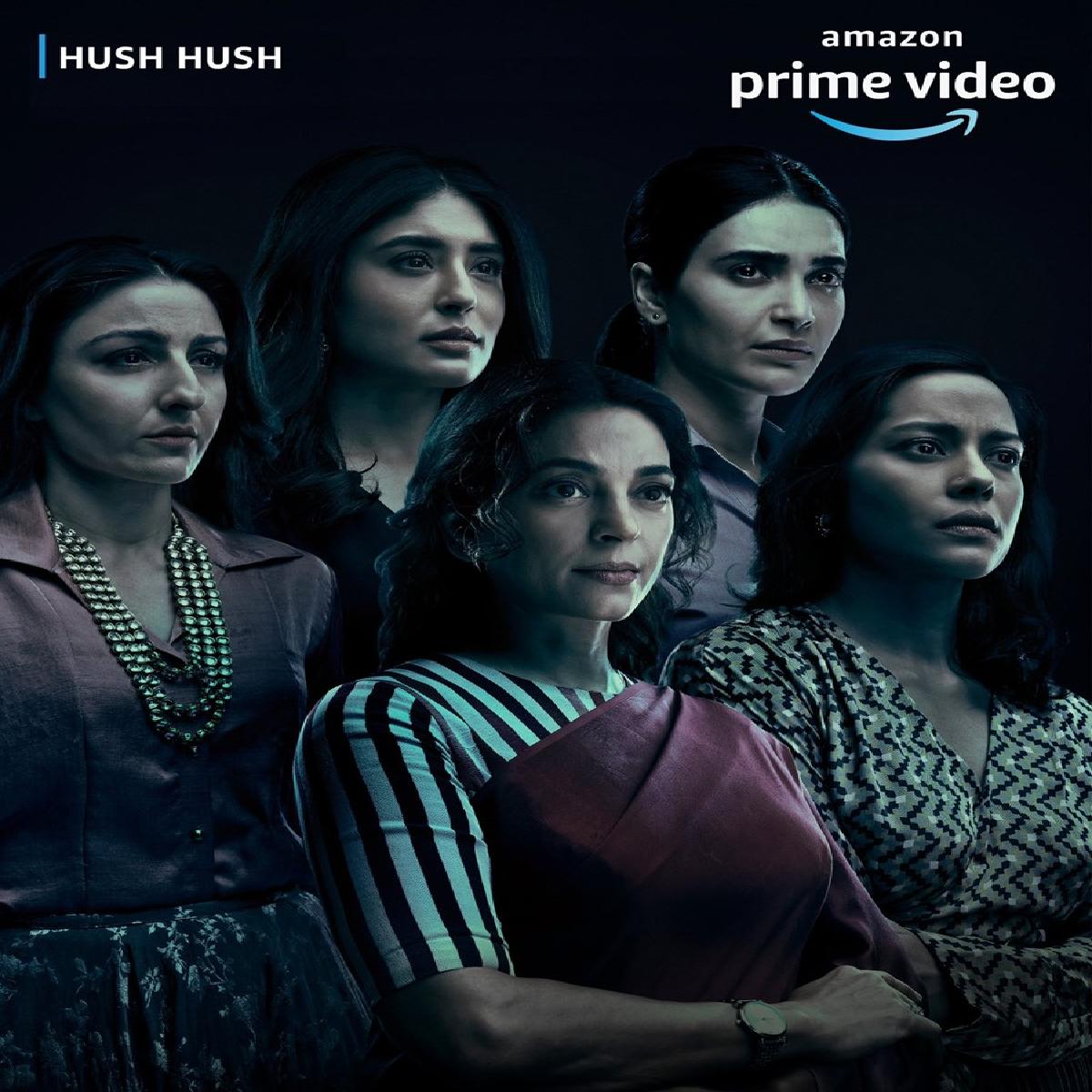 Actress Juhi Chawla and Ayesha Jhulka will be seen making their series debut with Amazon Prime Video’s Hush Hush, the first look poster is out.

Amazon Prime Video shared a first look poster from the web series on their official social media handles. The caption read, “#HushHushOnPrime: Get ready to expect the unexpected. The lives of five women intersect in unexpected ways when an unforeseen event unravels the façade of their lives  #PrimeVideoPresentsIndia #SeeWhereItTakesYou”

The series was announced by the streaming giant on last year’s Women’s Day. Tanuja Chandra, Ashish Pandey and Kopal Naithani have directed the series, from a screenplay, written by Ashish Mehta.

The upcoming series is produced under the banner of Abundantia Entertainment, and is produced by Vikram Malhotra and Shikhaa Sharma. A release date for Hush Hush is yet to be announced.